Darryn Pollock
The market is back in the red barring a few exceptions which have managed to hold relatively steady, gaining marginally 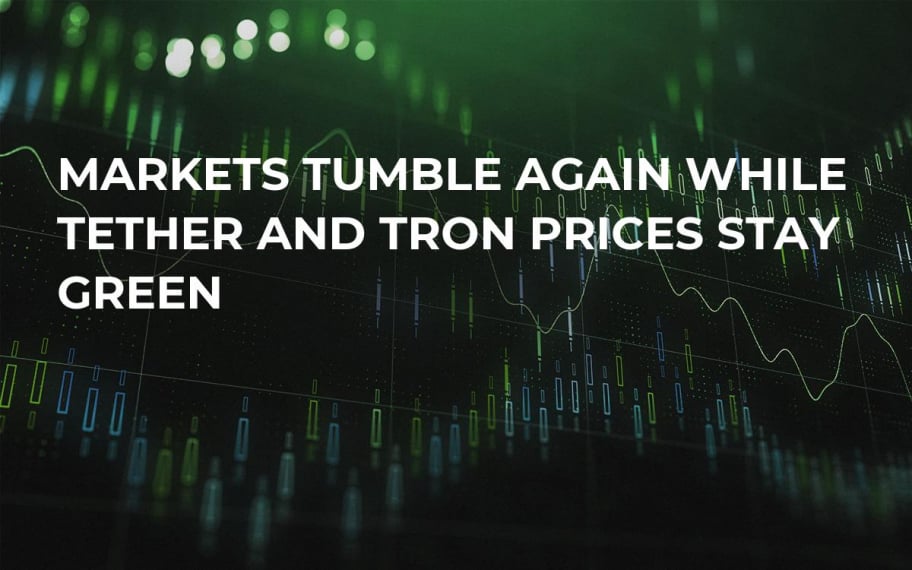 After some parallel movement in the markets through the middle of this week, it has again gone red in a similar fashion as was seen on Monday. The Bitcoin price is hovering in the mid-$7,000 region, and this is, of course, taking most of the rest of the coins with it.

There are however some notable exceptions with Tron holding on to its green numbers with almost a 3.5 percent gain in the last 24 hours; it is the best performing coin in the top 20 in regards to the market cap.

Others, including Tether, as well as Monero, have managed to stay relatively steady while some of the more minor coins down the list of the market cap are recording massive gains.

Tron, a cryptocurrency that saw unprecedented gains towards the back end of last year, also saw a massive fall from those heights. However, even with some negative press aimed at it, the cryptocurrency aimed at decentralizing the entertainment industry, continues to push forward.

Tron currently sits at 11 in the coinmarketcap rankings, still steadily growing, moving in the opposite direction of all the other coins above it which are down anywhere from three to nine percent in the last 24 hours.

Tron has faced criticism since making its way to prominence with allegations of plagiarism and exaggeration network size. However, they have also recently been boosted by a pique in interest from India and at the exchange Binance.

Another good performer, over the entire week really, has been Tether which, at time of publication, was just slightly in the green. Through the week though, the movement has almost been dead straight barring one quick, rather large, dip in the middle of it all.

Tether, last week, announced the creation of $300 mln new Tether tokens, which indicates that a massive amount of new money has entered the crypto ecosystem.

Lower down the rankings in terms of market cap rankings, 74th placed Mithril has gained over 32 percent despite having peaked and dipped after a steady gain. Achain and Bytom are the two other coins that have made more than 10 percent gains in the last 24 hours.