Litecoin Price Prediction: Pullback to $68 Is Natural. Time to Enter the Market?

Vera Yurina
🔥🔥🔥Is LTC’s pullback a temporary occasion? Read Litecoin price predictions from Twitter users to find out how to trade LTC with maximum benefit 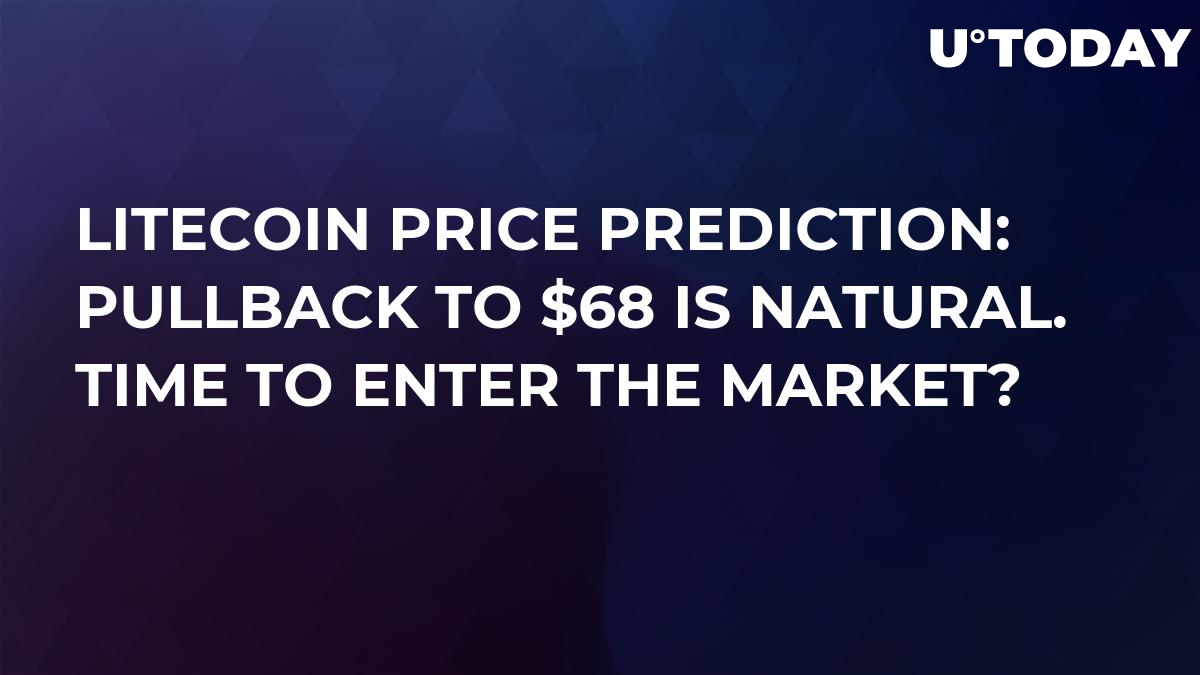 What a surprise! All cryptocurrencies dropped overnight, and Litecoin had a major 9% loss. Traders say that it wasn’t unexpected – all coins should have dumped a bit after such a great advancement. But what’s next? Will LTC recover from its $77 position, or there are more threats ahead? Let’s read Litecoin price predictions from Twitter to figure this out.

The crypto community was anticipating LTC to reach the $100 level, but that didn’t happen. Instead, LTC dropped below the $80 level:

No need to worry

The pullback was natural, and a few more moves downwards shouldn’t discourage you, either. All in all, Litecoin looks normal, and technical indicators are all OK:

#Litecoin #LTC doesn't look bad honestly. Just zoom out. 4hr chart. Need the BBs to round off at the bottom just like the last time they overstretched. Overall looks healthy. May need to retest that old resistance and possibly wick down into that green box around $68ish. pic.twitter.com/TBItOJKsam

Luckily, its major drop will precede another rocket-speed spike:

Cool off, Litecoin (LTC) May Drop To $60 Before Rallying to $110 https://t.co/Ooy3MroIEK pic.twitter.com/5jSh6togiW

Some LTC price predictions look truly dreadful. A pullback to $46 seems to be too serious:

$LTC retracement till 46.8$. before we resume another bullish move.#LTC #Litecoin pic.twitter.com/eW4wsAI8Fn

Even though MACD doesn’t look good, do not fear the bearish support:

#Litecoin +%400 Gains In Less Than 4 Months, What’s Next? Read the full analyisis at https://t.co/JreMv5C5Kj #exchangeyourway pic.twitter.com/vAYrdo8cCh

Bitcoin and Łitecoin are the most trusted crypto currencies

What to do with your LTC reserves?

If you have it – hold. If you don’t – buy! This is a high time to make an investment!

Opportunity coming up to buy litecoin daily 20 MA, as it pulls back from the top BB #Litecoin pic.twitter.com/SiYQaf1gtT

Look at this chart:

The tweet gives us a good explanation as to what to do with LTC. Once it drops to at least $60-68, we should enter the market. The current LTC drop is not a sign of bearish tendency – it’s a temporary phenomenon, and LTC has all chances to touch the $100 mark by the end of the month!