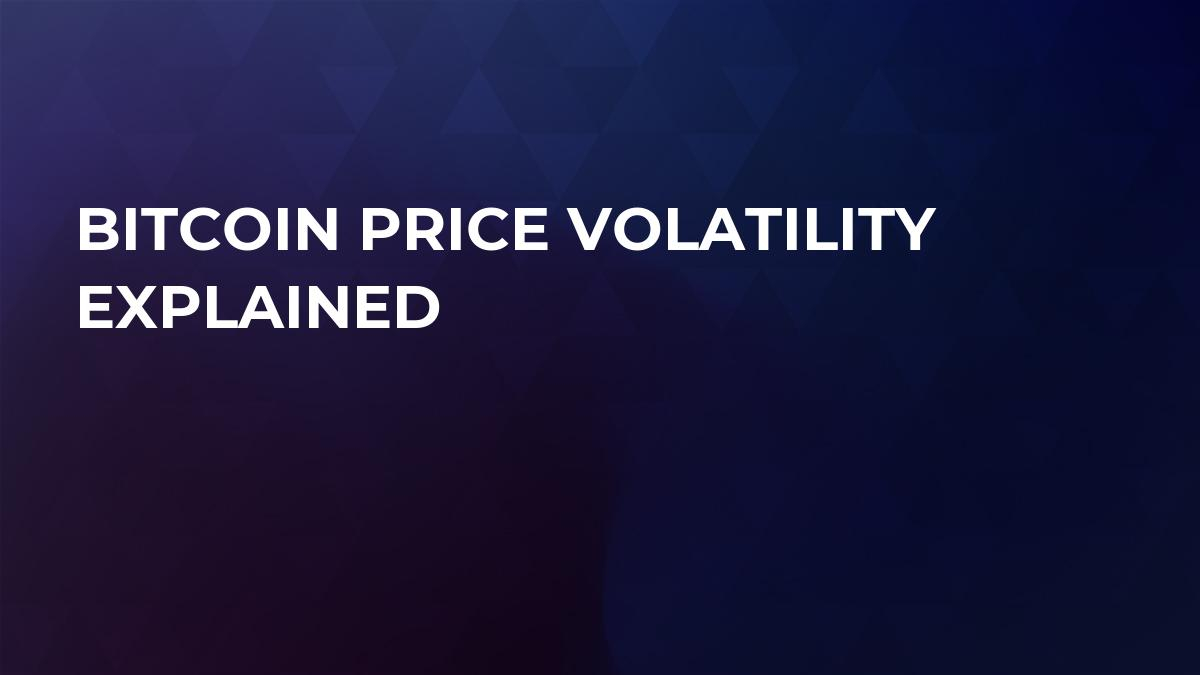 In recent months a host of factors such as regulatory uncertainties, lack of oversight, custodial issues and bad press have been cited as causes of Bitcoin’s precipitous downfall.

While these factors do impact the price fluctuations of the cryptocurrency, economists say Bitcoin’s higher volatility compared to fiat currencies or stocks is caused by a characteristic known as the “network effect.”

The network effect is central to understanding Bitcoin’s valuation because it and other digital currencies run on a Blockchain ledger, which essentially a network.

The value of Bitcoin and other cryptocurrencies is based on Metcalfe’s law, which states that the measure of a network’s value is proportional to the square of the number of people who use it.

This basic equation is the foundation for Bitcoin valuation tools.

Expert analysts like Tom Lee and others use this fundamental law to determine Bitcoin’s future price. Tom Lee told Business Insider in an interview:

94 percent of Bitcoin movements over the past four years is explained by Metcalfe’s equation.

Lee likened the exponential growth of Bitcoin to other networks like Facebook, Alibaba and Google, which have also increased exponentially in line with Metcalfe’s equation.

Essentially, what this means is that a network’s value grows exponentially, not linearly like other assets such as securities and commodities, says Navroop Sahdev, economist and blockchain expert:

Networks gain and lose strength exponentially and a few actors leaving or joining the network can have a massive  impact.

Sahdev, a fellow at MIT, says it is this characteristic that makes digital currencies like Bitcoin so unstable.

In the example of Mt. Gox ‘s recent sell-off of 8,200 Bitcoin, which sent the currency reeling downward by 30 percent, the impact was much more significant than it would have been if the same number of shares were sold in a company.

Part of the reason we don’t hear about how digital currencies are valued is that traditional economics fail to predict their behavior, says Sahdev.

In a cryptocurrency network, nodes process transactions, but the strength of the system is hard to evaluate because the “effect” of two or multiple transactions interacting with one another is not a characteristic of the transactions or nodes themselves. Instead, they become the property of the entire network. Sahdev clarifies:

One plus one is not two. The link between the nodes is not the property of any one node. The system is more than the sum of its parts.

Even the best models cannot predict the impact of “interaction effect” because they can only be determined after it takes place. While it’s tough to predict what will happen, it’s possible to identify trends, Sahdev says.

Research conducted by Spencer Wheatley and his colleagues at ETH Zurich in Switzerland found that when markets become overvalued, even a small event or incident can result in a significant correction.

Wheatley and Co looked at four occasions when Bitcoin price had drastically swung and found Bitcoin price drops occurred when the price was nearly four times higher than what it should be using Metcalfe’s law.

Our Metcalfe-based analysis indicates current support levels for the Bitcoin market in the range of $22 to $44 bln USD, at least four times less than the current level.

As Bitcoin price becomes overvalued, any small event can induce a market correction.

So, it’s possible, that the sell-off 8,200 BTC by Mt. Gox, which amounts to less than the total number Bitcoin traded within a 10-minute time frame, was able to cause a massive price drop.

Wheatley uses the analogy of a forest fire to describe Bitcoin’s network effect.  When all the branches are very dry, even the smallest spark can create a raging forest fire. The events resulting in the bust of a bubble are often insignificant but have a huge impact.

A report published by the San Francisco Federal Reserve found that there was a correlation between Bitcoin price drops and futures contracts, which placed downward pricing pressure on Bitcoin and other altcoins. With falling prices, pessimists started to make money on their bets, fueling further short selling and exacerbating the price drop, the report says.

Given that Bitcoin is susceptible to a small number of members exiting or entering the network, the adoption of futures contracts could have had a more significant impact on the cryptocurrency when compared with other commodities, especially if it was already overvalued.

Minsky’s model explains that there are five stages in a credit cycle: displacement, boom, euphoria, profit taking and panic.

The displacement phase occurs when investors get enamored by a new paradigm- in Bitcoin’s case, between 2009-2013 when the price came close to $1,000.

Next, the boom phase is characterized by prices rising slowly at first, but then gaining momentum as participants enter the market due to fear of missing out. Van der Burgt says this is what we started to see in 2015 when Bitcoin price rose to $300 and then to $1,000.

The euphoria phase is characterized by people extensively borrowing funds to finance their investments, much like the real estate market bubble in 2007.  Nearly 18 percent of active Bitcoin investors have financed their investments by credit card, and 22 percent of this group indicated that they have not yet paid off their credit card balance, according to the report.

Further, in 2017 several Bitcoin exchanges started to offer margin trading. Japan-based BitFlyer indicated in December that some investors leverage their cash deposits up to 15 times to finance their Bitcoin investments.

If Bitcoin is a bubble, then the next phase is profit-taking, in which investors will cash out before the bubble bursts.

Van der Burgt says we might have already entered this phase with the recent drop that cut Bitcoin price by more than 60 percent early this year.

While Van der Burgt says that Bitcoin is likely to be overpriced, he also believes that it is different from anything we have seen before. It’s possible that a decade from now Bitcoin’s market capitalization will be sky-high as it attains the status of a new global currency.