Alex Dovbnya
U.Today has managed to come up with the most comprehensive list of the best cryptocurrency mining software 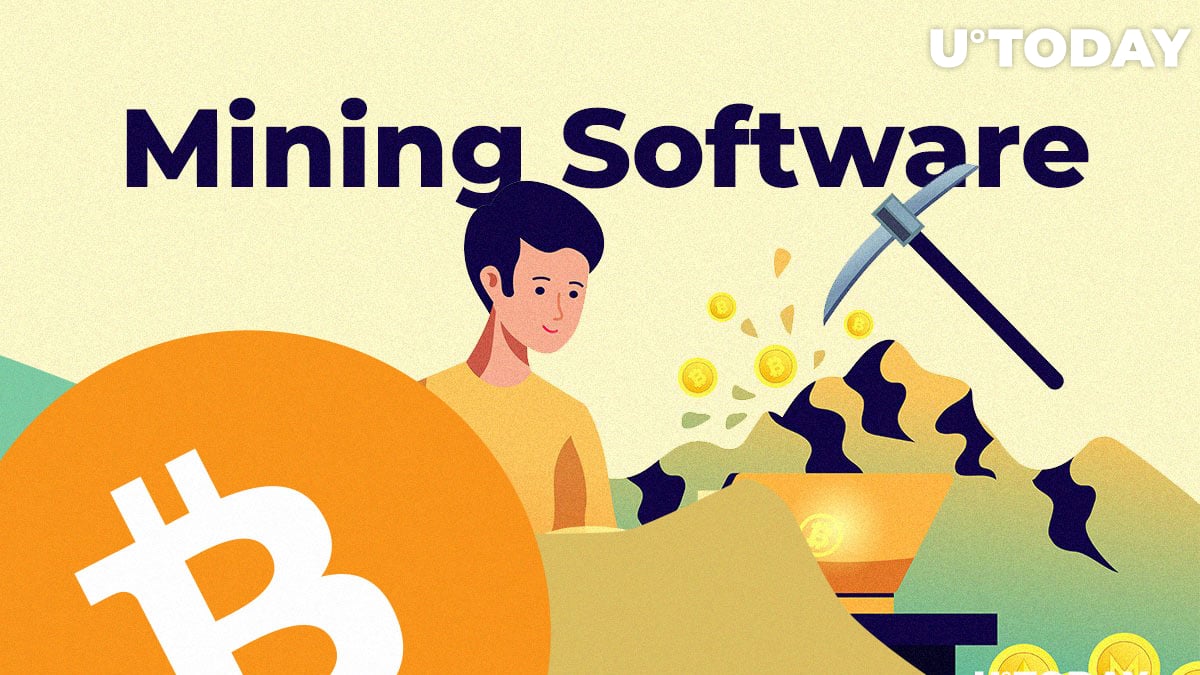 There are dozens of different software clients for cryptocurrency mining, which makes the task of choosing the right one more difficult. In this guide, U.Today will try to determine what kind of software will be the most relevant choice for your mining management needs.

If you are only making baby steps in the world of cryptocurrencies, MultiMiner is definitely a top-of-mind option when it comes to choosing the best mining software. There are no confusing command lines that could complicate the life of uninitiated miners. Instead, it has a user-friendly interface that allows anyone to engage in cryptocurrency trading from the get-go (even your grandma).

MultiMiner users can easily choose what kind of coins they would like to mine, switching between different miners (all mining devices are detected automatically). The service will set you back 1 percent of your profits.

As the name itself suggests, this open-source mining software client is also supposed to make all things easier with the help of its beautiful interface that simply cannot be more straightforward.

The disappointing news for Linux and MacOS users is that this miner only supports Windows.

NB! Take into account the fact that these programs may cause issues with your antivirus software given they were a rather popular tool with cryptojackers.

We continue reviewing those mining clients that could be suitable for beginners, and BitMinter is our next contender. As you probably know, BitMinter is the name of a huge mining pool that has been operating since 2011. Hence, it makes the set-up process extremely simple given that you have to connect the miner to their own pool. There is a 1 percent commission involved, but it pales in comparison to the 4 percent charged by BTC.com.

BitMinter’s UI does look a bit bulky and confusing, but look on the bright side – the client is supported by various operating systems.

Minergate is yet another mining pool that came up with cryptocurrency mining software. On top of that, it also supports dual mining – the process of mining multiple coins simultaneously (however, one should take into consideration the fact that merged mining is basically dead at this point). Anyway, Minergate is a great miner that supports a slew of altcoins, and it’s even compatible with Ubuntu OS!

Compared to the aforementioned clients, Hashfish is a relatively new example of Bitcoin mining software (it was introduced by a Blockchain company of the same company in November). However, it does have some aces up its sleeve: no commission, automatic mining and quick withdrawals. Of course, another major advantage of this software is that coins can be mined by individuals who do not have any prior knowledge of technical aspects.

Are you a Linux user? If so, it would definitely make sense to consider installing BFGMiner, which is supported by different operating systems. The client has a text-based UI but it simultaneously offers a wide array of options – from overclocking devices and controlling their temperature to managing mining pools. However, keep in mind that BFGMiner is only compatible with ASIC miners.

Those who are still stuck with GPUs in 2019 can choose CGMiner, a C-based multi-pool miner that also allows its users to mine with CPU and GPU. Generally speaking, this is the only major distinction between the two clients, and they are considered to be the standard mining tools. Just like with previous clients, CGMiner can be installed on Linux and MacOS. Here are some more suggestions for MacOS users:

Cloud mining has become a rather popular trend in the crypto space due to the fact that everyone can dip their toes without having to purchase super-expensive ASIC chips. For cloud mining, you can use the Miner-Server client (the least expensive package starts at $0.14). Alternatively, you can also install Genesis Mining software.

The Flash Player era has been over for a long time, but there is also a working Flash Player Bitcoin Miner. However, the project hasn’t updated since 2013. Also, beware of fake Flash Players installers that will secretly mine Monero.

So far, we’ve reviewed the examples of cryptocurrency mining software that doesn’t require a license – in most cases, you still have to pay fees but the software itself is free. Here are some of the examples of paid software with the respective pricing:

Desktop mining clients you should avoid

We’ve mentioned plenty of software clients that, despite some minor drawbacks, still can be considered a good option for mining. Still, there are some programs where minuses outshine pluses, therefore U.Today doesn’t recommend you use the following programs:

Of course, you should also beware of cryptojackers given that some cryptocurrency mining software can be installed on your computer without you knowing! Back in August, U.Today reported about cryptojackers stealthily installing malware in a Steam game in order to mine Monero.

Mining crypto on your phone

Yes, despite Google’s crackdown on scammy mining apps, Play Market still has a plethora of options for those who want to try out cryptocurrency mining on their smartphone (for better or worse). For instance, BTC SAFARI, a mining app that allegedly produces up to 400 Satoshis every 15 minutes, is still available for download despite scathing reviews. Other examples of cryptocurrency mining apps include Bitcoin Farm Free and Crypto Miner.

NB! Mining Bitcoin from your phone is extremely unprofitable, so you should beware of fake apps that will dry up your phone’s resources. Although, you can still mine smaller altcoins in the likes of Electroneum.