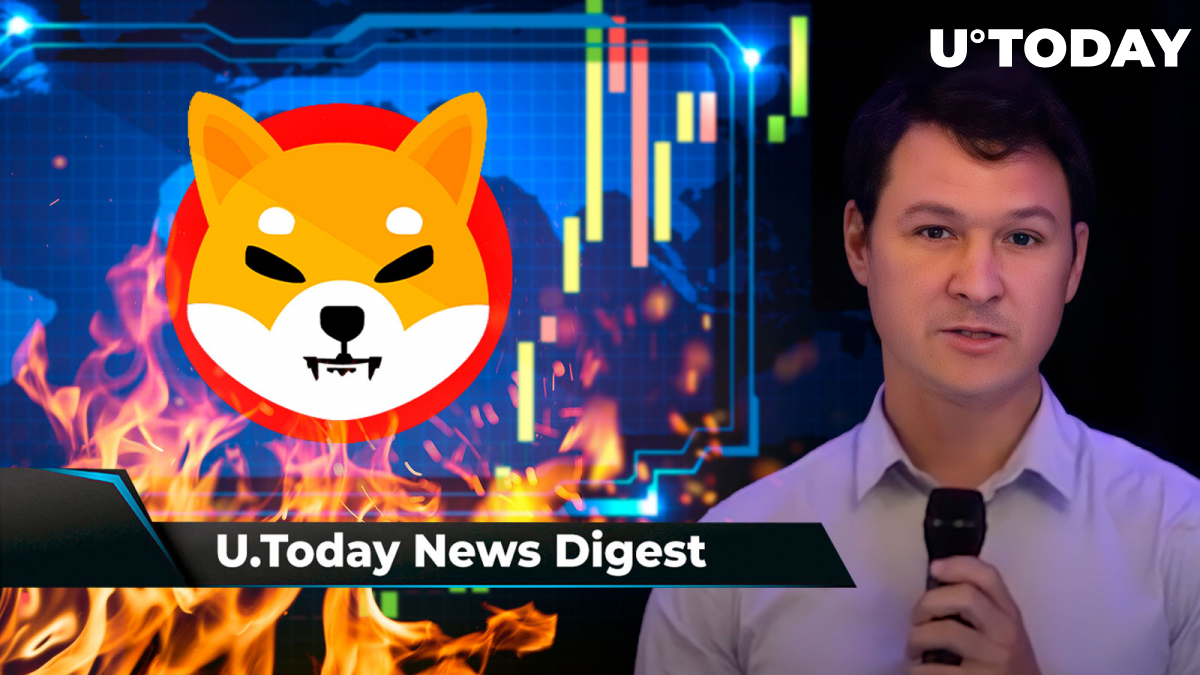 According to a recent report by Bloomberg, FTX crypto exchange was planning to purchase Robinhood, the popular stock trading app. The news has caused Robinhood shares to add 18% to their price. Now, after the news boost slowed down a bit, the company’s stock is trading at $8.88. As stated in the aforementioned report, Robinhood has not received a takeover request from FTX as the crypto exchange is yet to make its final decision on potential acquisition. In the meantime, Robinhood's stock is down almost 77% from its local high. The company, which went public last July, is currently valued at 8%.

SHIB enthusiasts had barely finished celebrating a new community milestone when their beloved cryptocurrency brought them yet more good news. The Shiba Inu burn portal, a  portal that enables the systematic burning of SHIB tokens, has reported a new achievement. Since its launch two months ago, the portal has incinerated more than 56 billion SHIB tokens. In the meantime, SHIB ranks among the top 10 tokens by trading volume among the 100 biggest ETH whales as accumulation continues. The meme crypto continues to face buying pressure from whales as it ranks among the top 10 most purchased tokens among the 2,000 biggest ETH whales. At the time of publication, SHIB is changing hands at $0.00001085, per CoinMarketCap.

Data provided by Jed Balance, a website dedicated to monitoring Jed McCaleb's XRP balance, shows that the Ripple co-founder and former CTO now has less than 114 million XRP left in his wallet. Back in 2014, when McCaleb decided to leave soon-to-be Ripple, he was given 8 billion XRP tokens for his work. Since then, McCaleb has been selling his funds according to a set schedule. At the moment, the Ripple co-founder has 110,871,334 XRP left in his wallet. Depending on how quickly McCaleb decides to sell this amount, he is expected to run out of it in 26, 28 or 30 days. It appears, however, that the aforementioned website simply shows McCaleb’s current balance without taking into account the remaining amount of XRP Ripple still owes its former CTO.

18 million worth of XRP now controlled by largest BSC whales

The top 500 BSC whales now own XRP worth $18,030,448, according to WhaleStats. One of the top assets held by this group of large investors is the XRP token wrapped on the BNB Chain (formerly known as BSC). In response to the tumultuous trading action seen since the beginning of 2022, whales have been actively accumulating and growing their holdings by purchasing at a bargain. As U.Today reported in late May, XRP whales holding between 1 million and 10 million XRP continued their accumulation binge. In the past week, digital assets showed mild signs of recovery after falling precipitously, causing XRP to rise by as much as 16% on June 24. At the time of publication, XRP is trading at $0.3425, down 3.01% over the past 24 hours.