Ethereum Surpasses $800, but It's Far from Its All-Time High 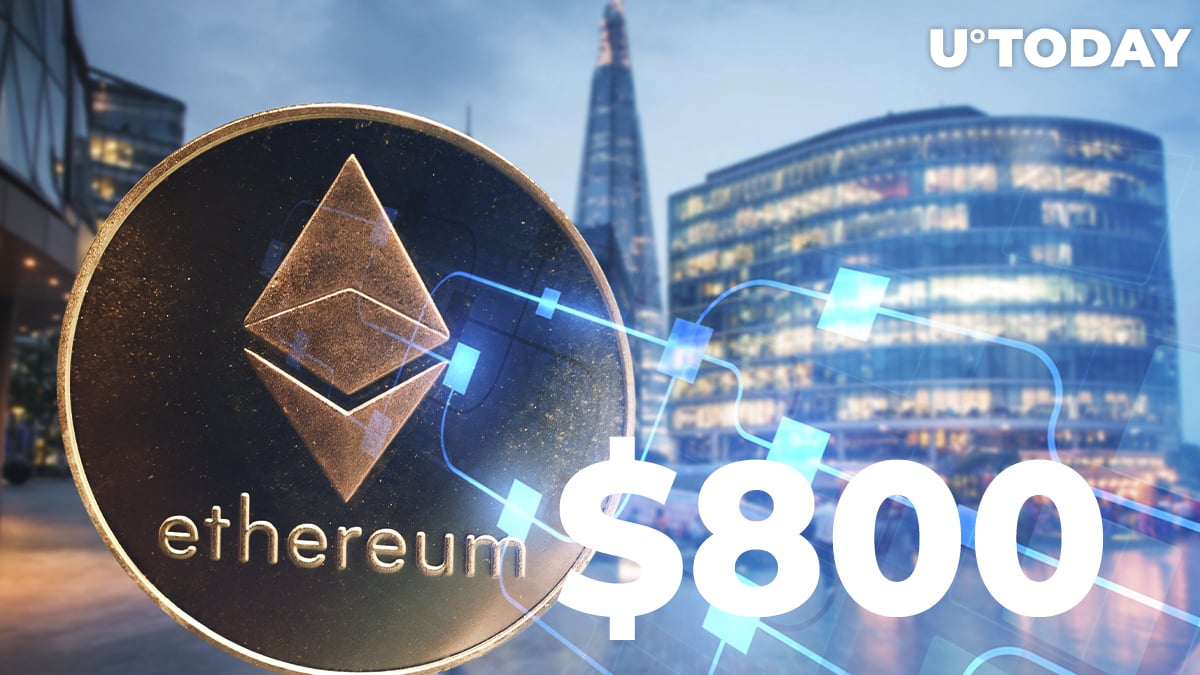 Ethereum, the second-largest cryptocurrency, has hit the $800 level for the first time since May 6, 2018.

On Jan. 3, the decentralized finance (DeFi) ecosystem — which is primarily powered by the Ethereum blockchain — also passed $15 billion in total value locked, according to data provided by DeFi Pulse.

It took only one quarter for this sector to go add $5 billon in spite of cooling enthusiasm.

A year ago, the entire DeFi ecosystem was worth only $658 million, just some months before it appeared at the forefront of the whole industry last summer.

Ethereum is also up a staggering 485 percent from where it was trading exactly a year ago.

Ethereum is still 44 percent from its ATH

With that being said, Ethereum’s untamable rally is currently being totally eclipsed by Bitcoin. As reported by U.Today, the largest cryptocurrency by market cap recently hit its highest dominance level since mid-2017 after surpassing the $34,000 level.

The ETH/BTC pair is down 16 percent over the past six days alone, with another altseason seemingly being nowhere in sight.

While Bitcoin has already dwarfed its longstanding all-time high that was reached in December 2017, Ethereum is still 44 percent from touching its early 2018 peak $1,442.