Ethereum 2.0 May Be Wiped Out by This Tech, Says One Researcher

Vladislav Sopov
The concept of “killer app” typically belongs to a startup owner trying to attract investors. Recently, one blockchain analyst revealed what could “kill” ETH2. 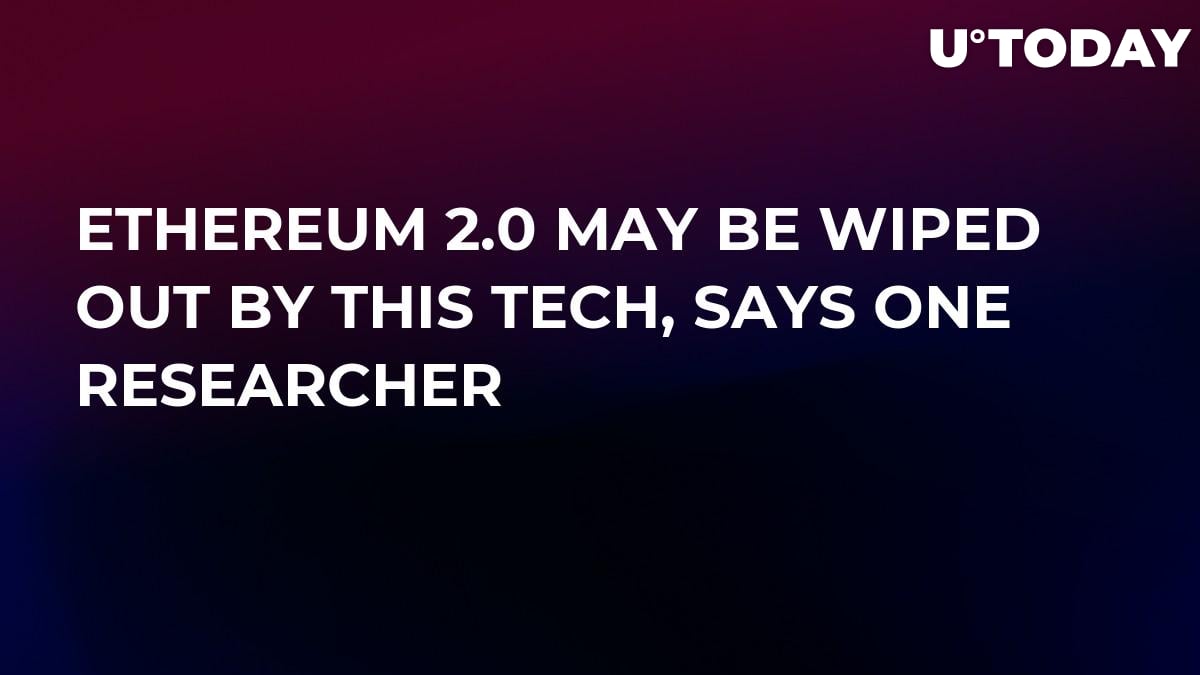 Instead of another smart contract platform, Mr. Nuzzi suggested that an Ethereum 1.0-like fork of the Ethereum network would be the most dangerous competitor for Ethereum 2.0.

People preach ETH2 as if its main competitors were all other smart contract platforms.

In reality, the most likely ETH2 competitor will be the inevitable Ethereum fork that retains PoW, rejects its leadership, and optimizes layer 1 for solutions like Aztek, Zk Sync, StarkDEX..

This means that a hypothetical Ethereum blockchain fork, which would merge the Proof-of-Work (PoW) nature of Ethereum 1.0 with its scalability solutions (zero-knowledge proofs and rejection of the Ethereum Foundation's governance), may be much more of a requirement than Ethereum 2.0 and its Proof-of Stake (PoS) and sharding.

Related
Expert: Ethereum Can Easily Surpass Visa with This Feature

Mr. Nuzzi also provided some insight as to the philosophy of technological progress. He said that it's much harder to deliver top-level technology than to build it as a concept:

Shipping hard tech takes years, in spite of how promising things may seem on paper.

According to Mr. Nuzzi, decentralization and the "fair distribution" of value are more important than technological advances in the blockchain.

Some of his commentators suggested that the aforementioned technology already exists in Ethereum Classic. Opponents of this technology remembered that this blockchain was subject to a 51% increase in dangerous attacks.

Will Ethereum 1.0 somehow remain alive as Ethereum 2.0 rolls out? Share your opinion in the Comments section below!