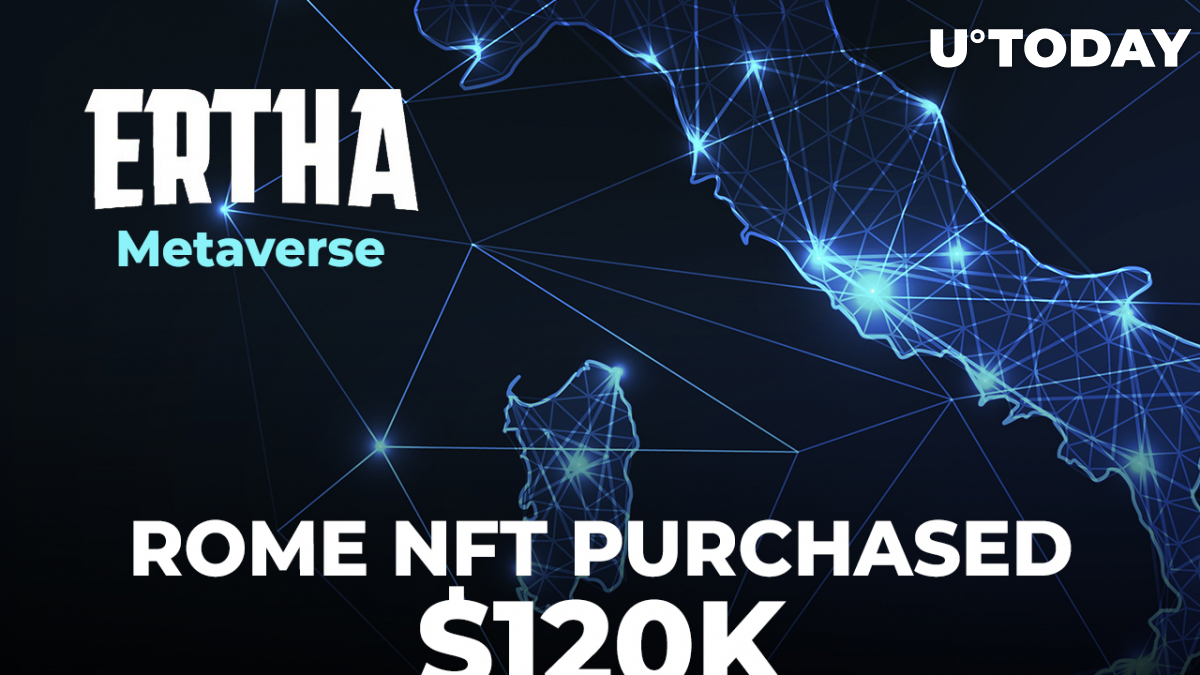 An anonymous NFT enthusiast purchased the territory of Rome in Ertha's metaverse. Also, its clients now own the city of Tokyo and the country of Sweden. How it this all possible?

Per the official announcement shared by the team of Ertha, on Feb. 11, 2022, it concluded a record-breaking token sale. One of Ertha's (ERTHA) non-fungible tokens sold for $120,000.

Rome no longer belongs to the Romans, but to the investor who spent $120,000 for the privilege to call one of Europe’s most famous cities their own ?

Have you already got your piece of ERTHA?

In its first-ever six-digit NFT sale, Ertha (ERTHA) sold the City of Rome with all of its tourist sites: the Colosseum, the Trevi Fountain, Vatican City—the home of the pope—and its famed Sistine Chapel.

This monstrous token sale eclipsed previous records: anonymous Ertha fans purchased Tokyo for $59,000, and the majority of Sweden for $50,000. Thus, the owners of Rome, Tokyo and Sweden became three of the most influential landlords of Ertha's ecosystem.

Owners of land plots in Ertha's metaverse can profit from their holdings by collecting taxes, fees and other forms of revenue from the transactions that occur in this or that city and from the people visiting it.

Ertha's engineers and marketers are sure that $120,000 for one NFT is not a record for its ecosystem, as all metrics of its token sales have gone up.

Thousands of land plots are for sale

Ertha (ERTHA) ecosystem is divided into 360,000 land plots. Some of them are already booked, but the majority are still waiting for their future owners.

As covered by U.Today previously, Ertha metaverse and its ERTHA token went mainstream in Q4, 2021. The Metaverse represents a 3D copy of Earth's surface. NFT and play-to-earn enthusiasts can earn by buying/selling their tokenized land or by harvesting profits from it.

Related
ERTHA: One of the Most Searched Play-to-Earn Tokens

ERTHA token is a core element of Ertha's tokenomics: it plays a crucial role in multiple in-game scenarios unlocked by Ertha's players.

Last but not least, ERTHA correlates with the influence of this or that player in the Ertha metaverse. ERTHA token serves as a method of payments, political instrument, equivalent of resources and so on.

On Dec. 2021, Ertha (ERTHA) conculded its dual-phase initial decentralized exchange offering (IDO) in 85 seconds. A total of $550,000 were raised from retail investors.