Darryn Pollock
Most Cryptocurrencies hit their all time highs only a few months ago, but are now a long way from those impressive numbers, revealing a couple trends 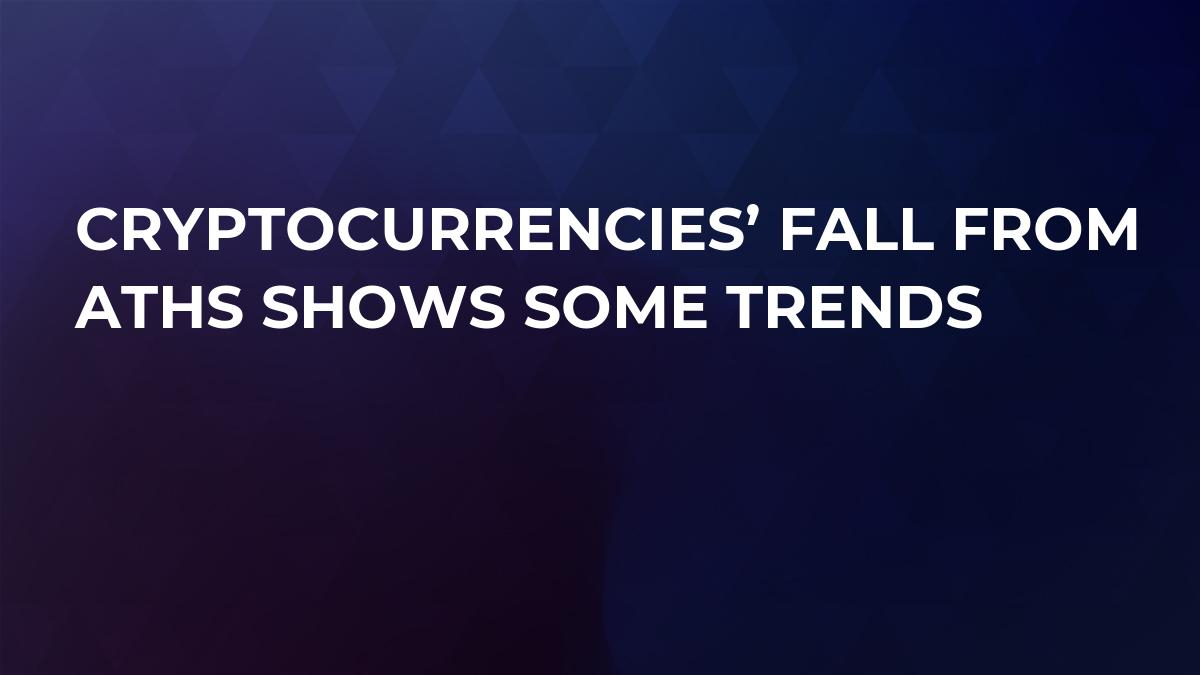 The cryptocurrency market has gone from one of its strongest positions, ranging between Dec. 17 and Jan. 13, to one of its worst first quarters ever. Many of the top-rated, and most notable coins, hot their all-time highs over the December to January period, but now, those same coins are down as much as 88 percent in some cases.

There are some trends to note in this fall from their impressive numbers, especially considering the dates of the highs, the percentage drop, and the different types of coins.

From hero to zero

It is always important to take Bitcoin, as the most influential, and the biggest coin by market cap, as a leading example of the movements of the markets. The markets are again down, seeing Bitcoin go as low as its 2018 low of $6,600.

This loss is actually one of the better performances from the rest of the coins in the top 10, as well as some more notable and familiar ones that fall outside of the top 10 in terms of market capitalization.

Cardano is the worst performer in terms of how much it has shed from its all-time high when it comes to a top 10 coin by market capitalization. Cardano reached a high of $1.24 on Jan. 4, but at time of publication, it was down to $0.14; a loss of 88 percent.

Outside of the top 10, but still with established coins, NEM mirrors Cardano in that it is also down 88 percent. January 4 saw the coin at $1.90, but it is now sitting at $0.22, a loss of $1.68, which also could have something to do with the massive hack at Coincheck.

Other than Bitcoin, the other better performers include Litecoin with a loss of 64 percent from its all-time high. Litecoin's price tipped $331 but is now down to $118.

In terms of similarities between the worse performing coins, or even the best performing with regards to these losses, there is not much correlations. However, one can pick out how the altcoins have fared in their timings.

With Bitcoin reaching its all-time high ‘first’ that is to say on Dec. 17, it started a wave that flowed to altcoins. Other coins that reached their all-time highs early include established ones such as Litecoin, and Bitcoin’s closest rival, Bitcoin Cash.

Then the altcoins caught up as Bitcoin backed down, indicating an obvious ‘altcoin season.’ Bitcoin dropped to near on $13,000 in the new year but through early January the altcoins spiked.

Jan. 4 had four notable altcoins in the top 10, and just outside, spike to their all-time highs while the rest all occurred between the beginning of the year and Jan. 13.

The entire market seems to be slowly dropping, taking some spikes upward only to drop further along the road. However, the outlook is still positive and historical patterns seem to the point that quarter two will be better for the entire market.