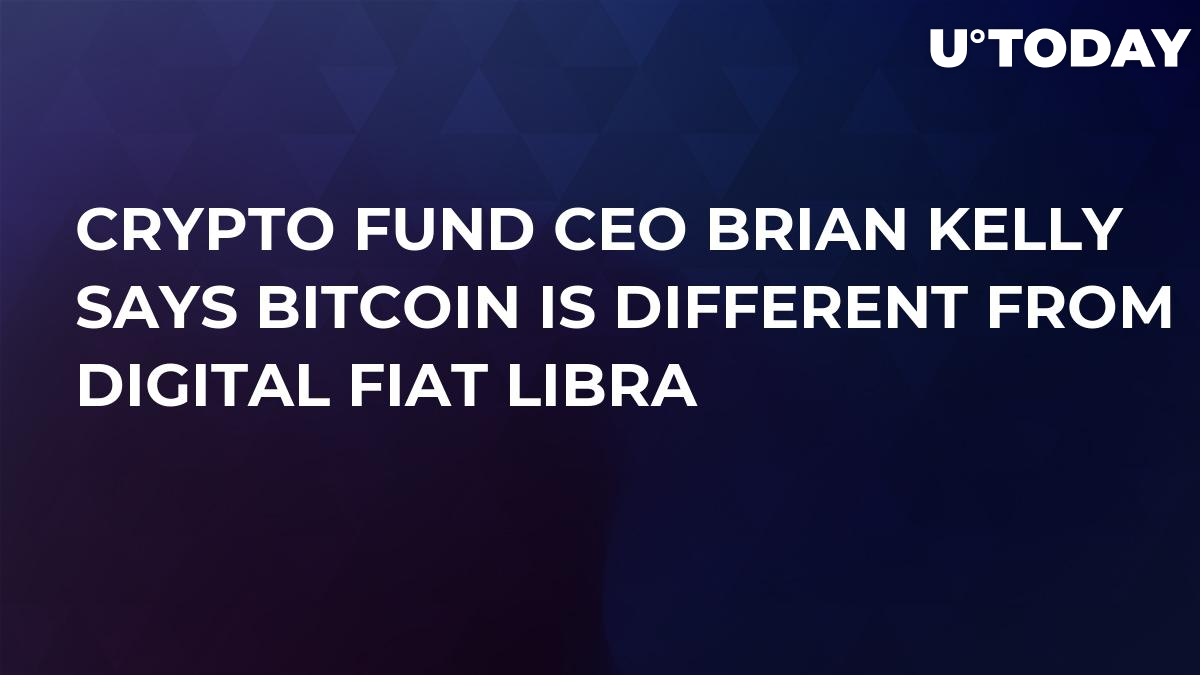 The CEO of the BKCM LLC crypto fund and CNBC contributor Brian Kelly believes that Facebook’s newly-released Libra is miles away from Bitcoin, calling LBR a digital fiat currency.

‘Libra is not a real crypto’

On the day that Facebook revealed the website with its Libra coin, Brian Kelly, on CNBC’s “Fast Money” show, gave an explanation as to why Bitcoin is very much different from Libra. He stated that the latter is not crypto at all.

The main reason for his calling Libra a digital fiat was, as per Kelly, that one can exchange fiat currencies into Libra, pay for something with LBR, and then easily convert it back to fiat.

Among other things, Kelly mentioned a very important one that nobody has spoken out loud so far: users of Libra would have to trust that Facebook treats their personal data in the correct and honest manner, whereas with Bitcoin no trust is necessary, since it all depends not on a large corporation but on computer code, as is written in Satoshi’s white paper.

…an electronic payment system based on cryptographic proof instead of trust, allowing any two willing parties to transact directly with each other without the need for a trusted third party.

While speaking of Libra, Kelly described it as the next stage of development of such payment services as PayPal.

However, the chief of Libra development has tweeted that it is not right to compare Libra and Bitcoin, since these two are very different and serve different purposes.

Many want to pit Libra vs. Bitcoin. In my mind these two are not in the same category. BTC is a decorrelated (investment) asset. Libra is designed to be a stable medium-of-exchange. I have been, and remain a fan of BTC, but for very different purposes.