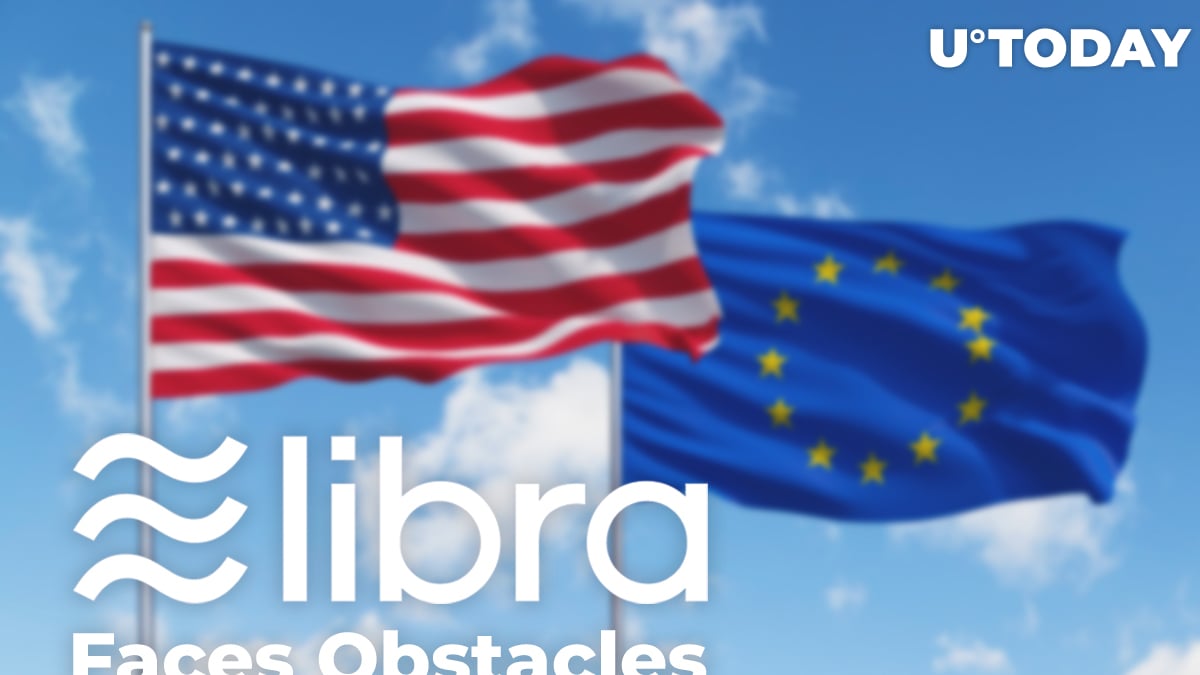 As U.Today reported on Tuesday, Facebook Inc released the website calibra.com, where all details about the long-anticipated FB coin dubbed Libra are now available to anyone. The white paper is available for download.

However, a quick response of protest suddenly emerged from Europe, where politicians and finance ministers have suddenly realized that Libra coin can become a major threat to the local finance system with them calling for tougher regulation of Facebook’s new product.

It took less than 5 hours for European governments and central banks to start screaming about how Facebook’s cryptocurrency “can’t and must not” work ??https://t.co/iSGV1UFjHZ

"It can’t and it must not happen”

Bloomberg reports that several prominent figures of the European political and financial system have commented on the approaching launch of Facebook’s Libra, expressing their concerns and fears regarding the latter.

Bruno Le Maire, the finance minister of France, stated on Europe Radio 1 that the Facebook-made coin must not be viewed as a thing that can push out and actually replace national fiat currencies.

His exact words, as per Bloomberg, were “It is out of question’’, and “It can’t and it must not happen.”

Le Maire addressed his message to central bank governors who are members of the Group of Seven, urging them to prepare a report on Libra for their meeting that is to take place later this summer.

This money will allow this company to assemble even more data, which only increases our determination to regulate the internet giants.”

Libra to become a “shadow bank”

Anything that works in this world will become instantly systemic and will have to be subject to the highest standards of regulations."

Panic-driven seems to be the verdict of Markus Ferber, a member of the EU Parliament from the German side, who assumed that social media heavyweight Facebook, with its 2-bln user base, could turn into a ‘shadow bank’ once Libra is launched into WhatsApp and Instagram through Calibra wallet.

As U.Today reported a few hours earlier, Maxine Waters from the US House Financial Services Committee has publicly stated that Facebook must put its Libra project on hold until the social media giant testifies before the US Congress.

The founder of Binance, CZ, has tweeted that if Facebook adds Bitcoin “and BNB of course” to Libra in the new Calibra wallet on Facebook, “it can’t and it must not happen” will never happen.

Facebook should accept $BTC (and $BNB of course) alone side $Libra in the WhatsApp, Messenger, Facebook, and Instagram apps.  "Can't and must not work" won't be possible for bitcoin. It's already working. https://t.co/oe6M22whM9