Alex Dovbnya
The stakes are high as Kin becomes the first major ICO to face a court battle with the SEC, thus potentially setting an important precedent 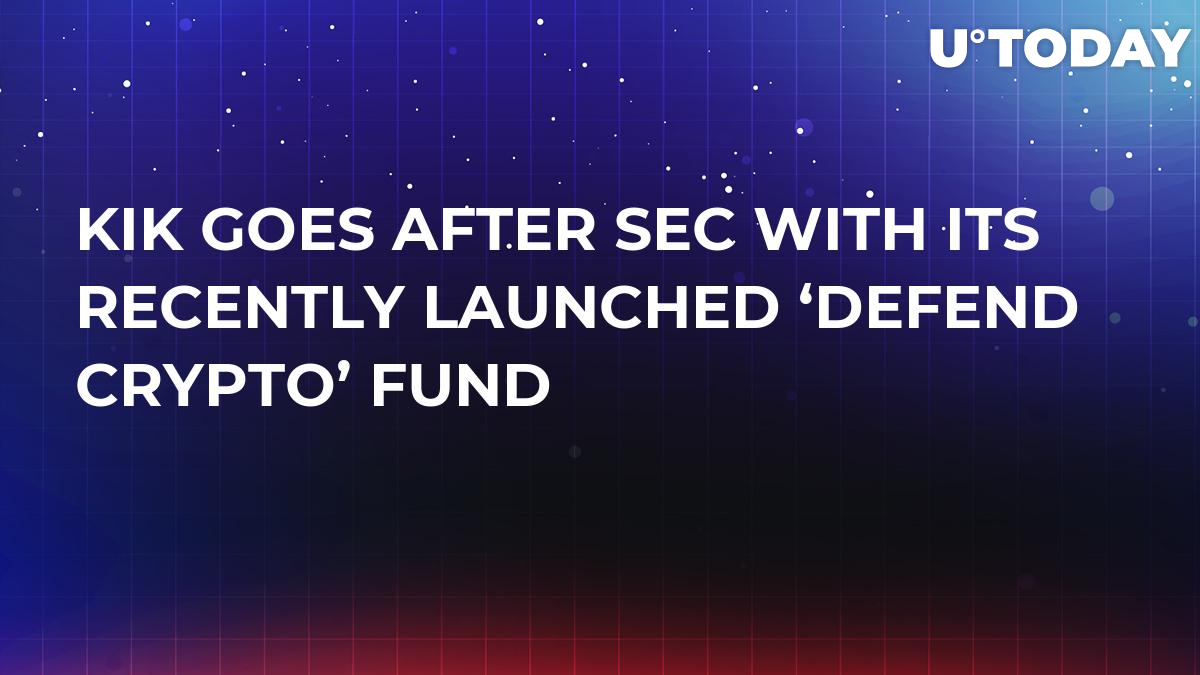 Kik, the popular messaging app that faced the wrath of the US Securities and Exchange Commission (SEC) after holding an allegedly illegal ICO, recently launched the Defend Crypto Fund to collect funds for its court battle with the securities watchdog. The issuer of the embattled Kin cryptocurrency has already deposited $5 mln.

Facing off with the SEC

After having one of the loudest ICOs of 2017 (they raked in more than $98 mln to build the Kin crypto ecosystem), Kik appeared in the SEC’s crosshairs. The US regulator claimed that the majority of the Kin tokens could be considered securities and accused the Canada-based company of securities law violation.

That was followed by a harsh response from Kik, which claimed that the Kin Foundation exceeded the Commission’s statutory authority. Kik’s CEO earlier said that the industry does need regulations, but that wasn’t the way to deal with it.

Ahead of the epic showdown between Kik and the SEC, which could be pivotal when it comes to determining the scope of the regulator’s authority over such ICOs, Kik upped the ante by launching its own fund. Kik itself made a hefty contribution of $5 mln, but the website states that it might not be enough, so they decided to launch this crowdfunding campaign.

For the future of crypto, we all need Kin to win. This case will set a precedent and could serve as the new Howey Test for how cryptocurrencies are regulated in the United States. That’s why Kin set up the Defend Crypto fund to ensure that the funds are there to do this the right way.”

Kik states that new donations will be deposited to a Coinbase account with all expenses being disclosed.