Coinbase To Introduce Over the Counter Block Trades 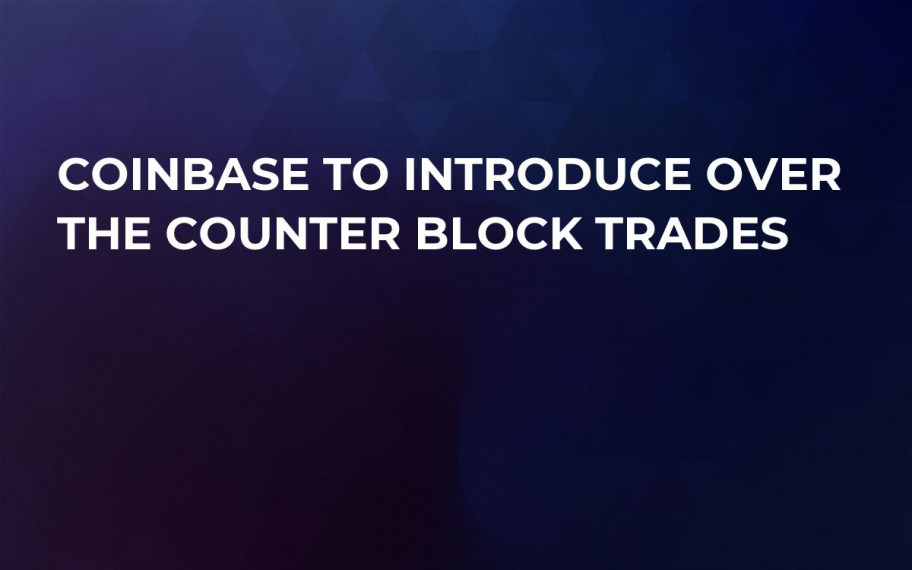 The move is likely to tempt larger players to the platform because it allows traders to execute high volume orders without affecting the market.

OTC is a way of conducting large transactions while preventing slippage or price increases of currencies during the transaction due to large values.

For example, a several million dollar transaction done on an exchange would increase the price of Bitcoin in one go, and large investors would end up paying a lot more than initially intended - this is called slippage. For this reason, large investors often do not use exchanges and instead use OTC services.

The OTC market is thriving right now. In recent months the number of OTC traders has increased dramatically, posting monthly trading volumes of billions of dollars.

“OTC market demand for Bitcoin right now is unlike anything I’ve ever witnessed. Several asks for multi-billion dollar blocks.”

OTC trade volumes have increased nearly ten times and cryptocurrency desks now often handle over $100 million a day, according to a report by Reuters.

OTC can also be used to buy or sell cryptocurrencies in markets where they are banned because the trades bypass crypto exchanges like Coinbase or Kraken, experts say.

While in the short-term OTC markets insulate investors from instability when trading a significant amount of currency, it increases volatility in the long run because it makes it hard to know exactly how much a currency like Bitcoin is being traded for, say experts.

“My key point in this blog post is that exchange volume doesn’t represent true market-based Bitcoin demand and supply. Traders are technically trading on only a portion of the deals being transacted.”