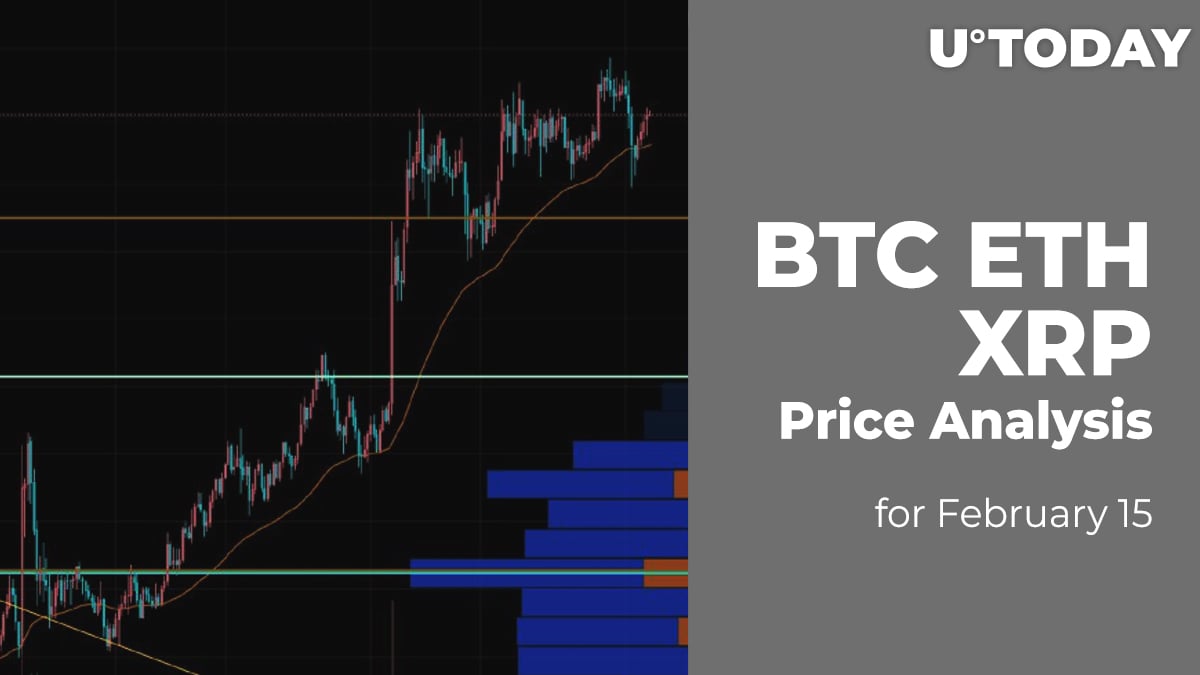 The new week has begun with a sharp dump in the cryptocurrency market. Almost all coins have faced a correction, however, some of them have already returned to their previous positions.

The key information for Bitcoin (BTC), Ethereum (ETH) and XRP:

Last Sunday, the bulls were able to overcome the resistance at $48,000 and once again tried to test the target level of $50,000. As a result, the Bitcoin price renewed its absolute maximum around the $49,715 mark but, by the end of the week, it could not reach the psychological level of $50,000.

A rather strong bearish momentum pulled the pair back below the average price level tonight, and sellers tested the $46,000 support. In the morning, the price bounced off this support level and is consolidating around the two-hour moving average EMA55. If at the beginning of this week the bearish momentum is repeated, then the decline may reach $44,000. If the level of average prices restrains the onslaught of sellers, the pair will recover to the area of $​​49,000.

Last weekend, the bulls were unable to continue the run above the $1,900 mark. On Saturday, the Ethereum (ETH) price rolled back to the area of ​​average prices, and all of Sunday, it tried to gain a foothold above the two-hour EMA55.

Nevertheless, the bears pushed through this strong support tonight and set a local minimum at $1,660. In the morning, the price bounced to the area of ​​$1,720 and is trying to continue recovery in the area of ​​the moving average EMA55. However, the volume of purchases is still low, and the pressure by sellers may intensify. As a result, at the beginning of this week, the pair may roll back to the support line ($1,560).

Over the weekend, the XRP price could not hold above the $0.60 level. By the beginning of this week, it fell back below the 4H EMA55.

The level of average prices has suspended the pair's decline thus far and does not allow sellers to test the psychological mark of $0.50. However, today bears may intensify the onslaught and bring the price of the coin back below $0.50.

If the psychological support at the level of $0.50 holds, then in the first half of the week, the pair might be able to recover to the zone of recent highs.