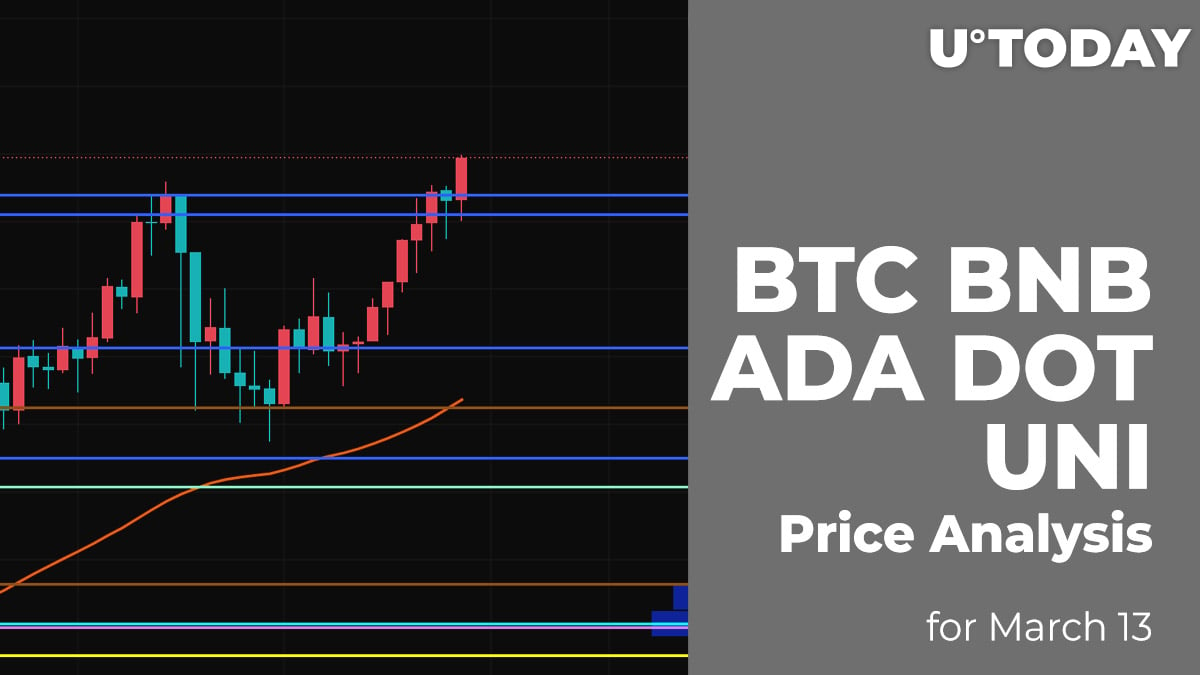 The weekend has begun with continued growth on the market. What is more, some coins have even set new peaks.

On the daily chart, there is a chance to see a restest of the mirror level at $57,500 as there is no liquidity to continue the rise.

However, such a move should be considered a correction but not the start of a bearish trend.

Binance Coin (BNB) is the only loser today. The price of the native exchange token has dropped by 0.29% since yesterday.

According to the chart, Binance Coin (BNB) is approaching the vital mark of $300. There is almost no seller pressure, which means that the resistance may be attained next week.

Binance Coin is trading at $275 at press time.

Cardano (ADA) is the second-biggest gainer today. Its rate has gone up by almost 6% over the last 24 hours.

Cardano (ADA) has successfully tested the support at $0.97, which means that bulls have confirmed their power. Thus, a bullish divergence has been formed on the RSI indicator. All in all, conditions are set to see ADA at the level around $1.33 next week.

Polkadot (DOT) is not an exception to the rule as it has also shown bullish power recently.

On the daily time frame, Polkadot (DOT) has accumulated enough strength for a rise. The lines of the MACD indicator are about to switch to green, which will confirm an ongoing bull run. In this case, the rate of the altcoin may reach $42 soon.

Uniswap (UNI) is the biggest gainer today. The rate of the DeFI token has risen by 7.89%.

Despite the sharp growth today, the rise may continue to the resistance at $35. Taking into account the long-term accumulation phase, there are chances of seeing a breakout and a new peak at the current wave growth.