Blockchain and Cryptocurrencies to Blow Up Off the Backs of Students

Darryn Pollock
Bitcoin may be getting lambasted by older institutional investors, but it is proving a hit with tomorrow’s leaders 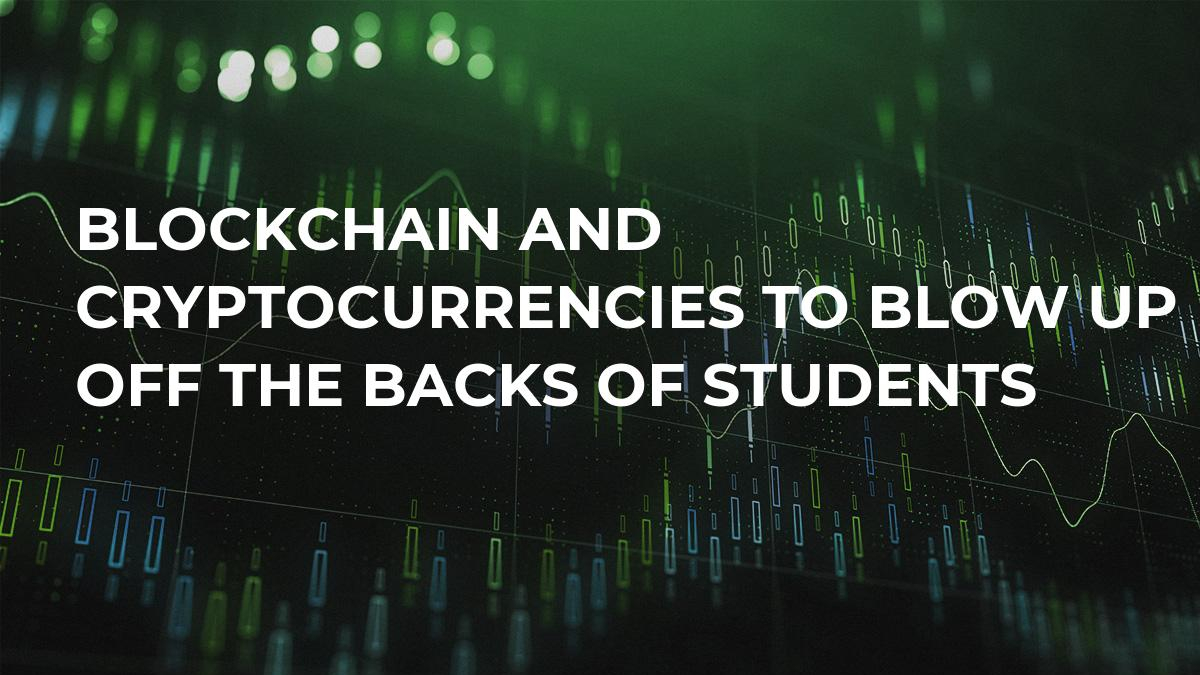 Looking at the Blockchain and cryptocurrency space at the moment, it would be easy to say that it is still nascent and looking to come into its own. It is generally being investigated and offering much promise, but also being criticised by those who are happy with the way things are.

However, a little look into the possibility of its potential, and things become clearer. If there was an analogy for the ecosystem as it stands now, one could say it is merely a student on the cusp of graduating into the big bad world, which is especially apt as students will be the ones to help it graduate.

Bitcoin and cryptocurrencies have always been seen as the playthings of millennials, but as the space grows and matures, so do those who are pushing for its adoption. Unsurprisingly, it is students who are bigger into the space than others, but it could also be because of the opportunities they are afforded at university.

A new technology to learn

Research from Coinbase, the US’s biggest cryptocurrency exchange, has shown that 42 percent of the world’s top 50 universities now offer at least one course on crypto or Blockchain. Additionally, students from a range of majors are interested in crypto and Blockchain courses ,  and universities are adding courses across a variety of departments

The potential of Blockchain has been noticed in a variety of different sectors, from finance to politics, technology and economics, and thus, it is unsurprising that this new ecosystem is attracting students to learn more about it.

It is felt that Blockchain is on the cusp of a revolution that will sweep the globe in all areas, but it is a symbiotic relationship. In order for that to happen, it needs to be pushed by a new wave of Blockchain experts, and thus, a new wave is being built in the universities with such courses.

But, another thing that the Coinbase research showed was that it is students and younger people of the age of students that are more likely to be vested in the owning and using of cryptocurrencies.

US students are twice as likely as the country’s average to own cryptocurrency, the research concluded.

The millennial generation which is finding its way into universities and higher education has always been one that does not accept the status quo easily. They are a disruptive generation and thus it makes sense that they are the biggest proponents of things like Bitcoin because of its disruptive powers.

Cryptocurrencies and Blockchain offer millennials a new way in which to approach many different factors of society which they may find as unsuitable. And thus the interest is born, and taken further, in the study and adoption of Blockchain.

Bitcoin and the likes have met the most resistance from those who have made their money and vested their lives in the traditional model, especially of investing and banking. The likes of Jamie Dimon and Warren Buffet are well-known anti-coiners.

These men are however reaching the end of their tenure at the top of finance, and while the future is uncertain, it is obvious that the next financial leaders will not be in the same mold.

The grassroots of Blockchain and Bitcoin are laid, and the one that will grow the space are in place. The future is uncertain, but the path to a new future is clearly going to come off the backs of a student population.