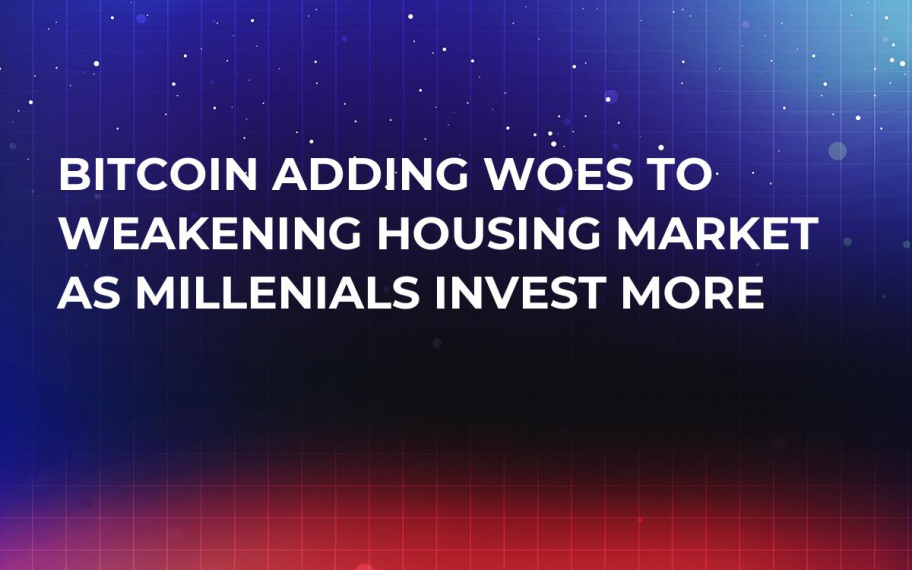 The housing market's latest client base is not as enamored with it as previous generations. The millennial movement which is now approaching an age where they want to invest their money is not looking at property, rather Bitcoin and shares.

Research conducted in the UK shows as many as one in three British Millenials would rather put their money into shares and Bitcoin than into the property market. A fifth of the young people surveys, between 21 and 35, said they would take Bitcoin as an investment over property, and another fifth thought a bank account was a better investment than housing.

The numbers, and the interest, for young people, when it comes to investing in the speculative digital currency is surprisingly high, especially when taking into consideration the volatility of the market.

However, having seen first hand the housing market crash and the devastation caused there, the property is no longer viewed as a safe asset by the younger generation as it was in the past.

According to the survey, more than half the millennials said that they considered investing in property near to where they live in the next five years as ‘high risk.’ Part of it has to do with the huge financial constraint a house has on an individual or family.

Half the people said that by buying a home they had been forced to live in a less convenient location while 45 percent said they had not pursued a great job opportunity because of the location of their prospective home.

There is little doubt that Bitcoin still has its issues as an investment tool, however, the property market is seemingly becoming far outdated and unsuitable to modern investors.

Bitcoin still offers convenience in both the ability to buy and the level of buying. Investments can be as big or small as the investor chooses, and they can be done from a smartphone from day to day.