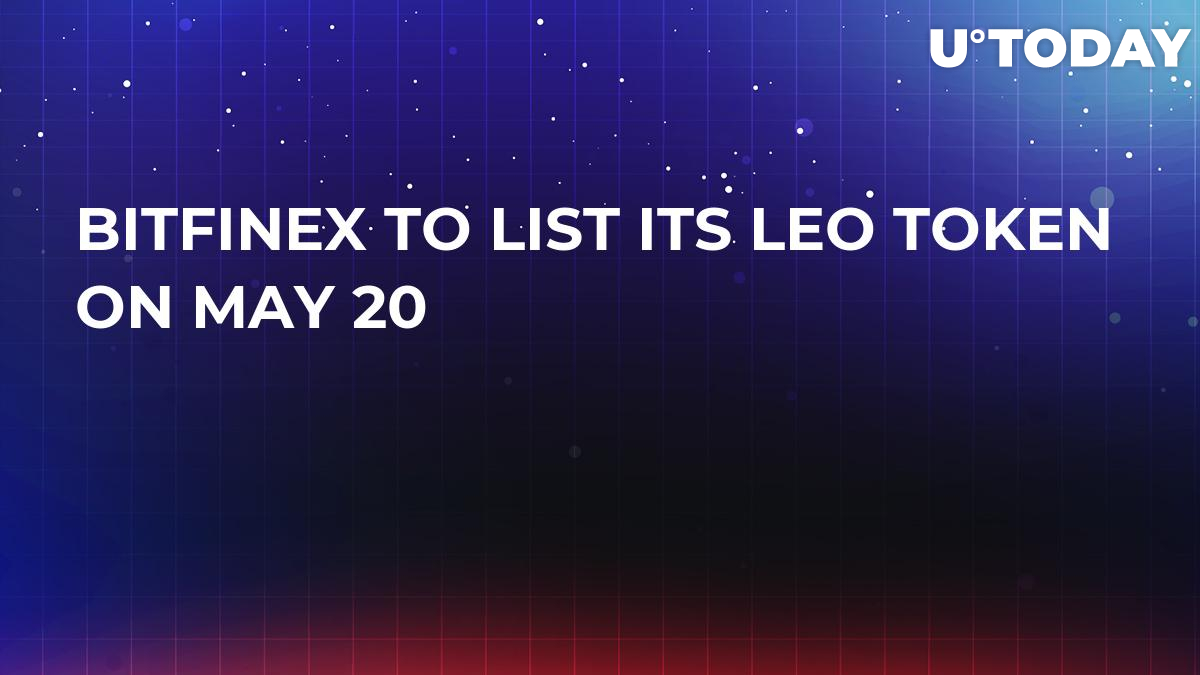 Cryptocurrency exchange Bitfinex has just announced that the listing of the LEO token is scheduled for May 20, according to their Medium blog post. Prior to that, the exchange, which was recently hit with the New York State lawsuit, successfully conducted a private token sale.

$1 bln worth of investments

Bitfinex users will be able to trade LEO against Bitcoin, Ethereum, EOS, USDT Tether, and the US dollar.

“We remain invigorated and humbled by the support of our users, personnel, and beneficiaries, and welcome everyone to the era of UNUS SED LEO,” the exchange reveals in its statement.

Bitfinex obtained $1 bln worth of USDT Tether via a private token sale. It is not clear who took part in the funding round. As reported by U.Today, DGroup founder Dong Zhao was among those who contributed to the nine-figure sum, but he didn’t disclose the exact amount of his contribution. According to Bitfinex, they raked in investments that ranged from $1 mln to $100 mln.
card

Get the NYAG’s blessing

The exchange conducted a $1 bln initial exchange offering (IEO) after it was revealed that it lost a startling $850 mln to Crypto Capital and tried to mask it with the help of Tether, the flagship stablecoin operator.

It appears that the main goal of this IEO was to eliminate the line of credit from USDT Tether. With that being said, it still remains to be seen whether the fundraising campaign will bode well with the NYAG.