Alex Dovbnya
Those who invested in soft commitments are still able to get out of the Bitfinex deal, so a public sale is still on the table 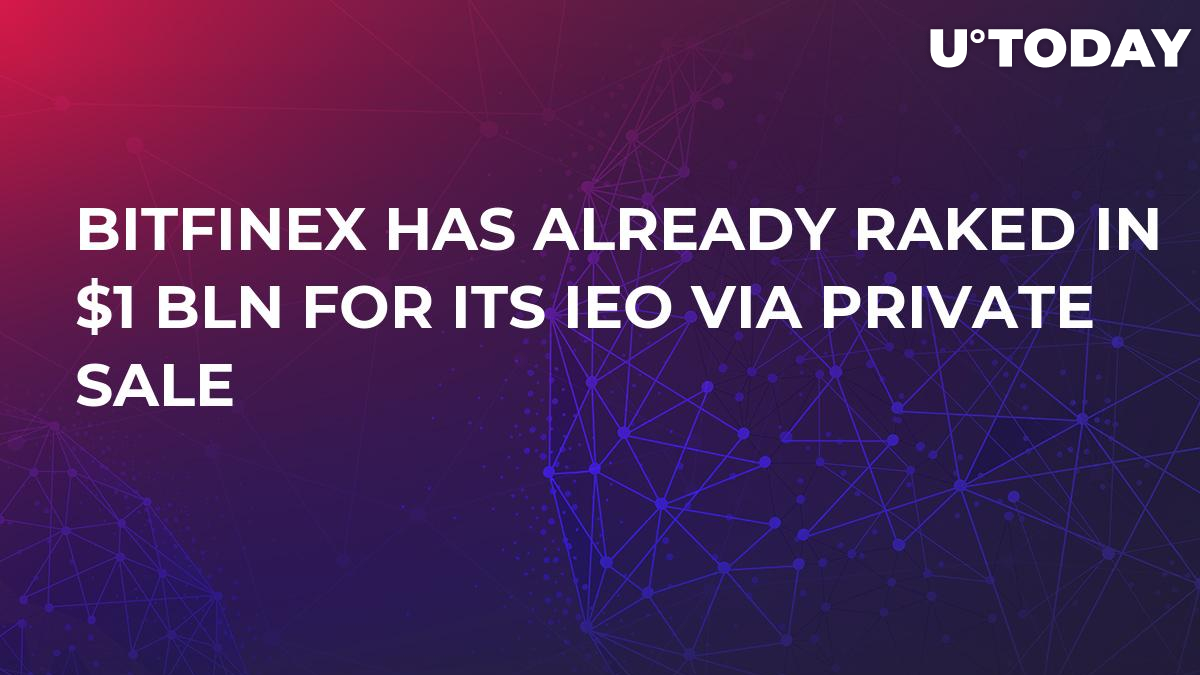 Bitfinex, the embattled exchange that was recently accused of an $850 mln Tether cover-up, will not hold a public token sale ahead of its initial exchange offering (IEO). According to a Coindesk report, iFinex, the Hong Kong-based company, has already obtained $1 bln worth of USDT Tether from investors in hard and soft commitments.

As reported by U.Today, Bitfinex decided to launch its own IEO called LEO in order to get out of its predicament. By issuing 1 bln LEO tokens and selling them for USDT, the exchange will be able to replace its $850 mln that it failed to get back from payment processing processor Crypto Capital. The token sale will be taking place until May 11.

A white paper for the token sale was released on May 8 after numerous fake white papers started circulating on the web a few days prior to that.

Will investors stay onboard?

iFinex has already secured $1 bln via private sale, but here’s the catch – some of the investors open for soft commitments, which means that they can jump ship at any moment since they haven’t locked in their Tether funds.

If Bitfinex fails to collect the ten-figure sum, those tokens that are still up for grabs will be released ‘on a first come’, according to DGroup founder Dong Zhao who owns a stake in Bitfinex.

Zhao revealed that DGroup made an investment in a hard commitment, but the exact amount of money hasn’t been disclosed.