Alex Dovbnya
Tether breaks its pegged USD price while its alternatives are gaining momentum. All major stablecoins are trading above the $1.00 mark 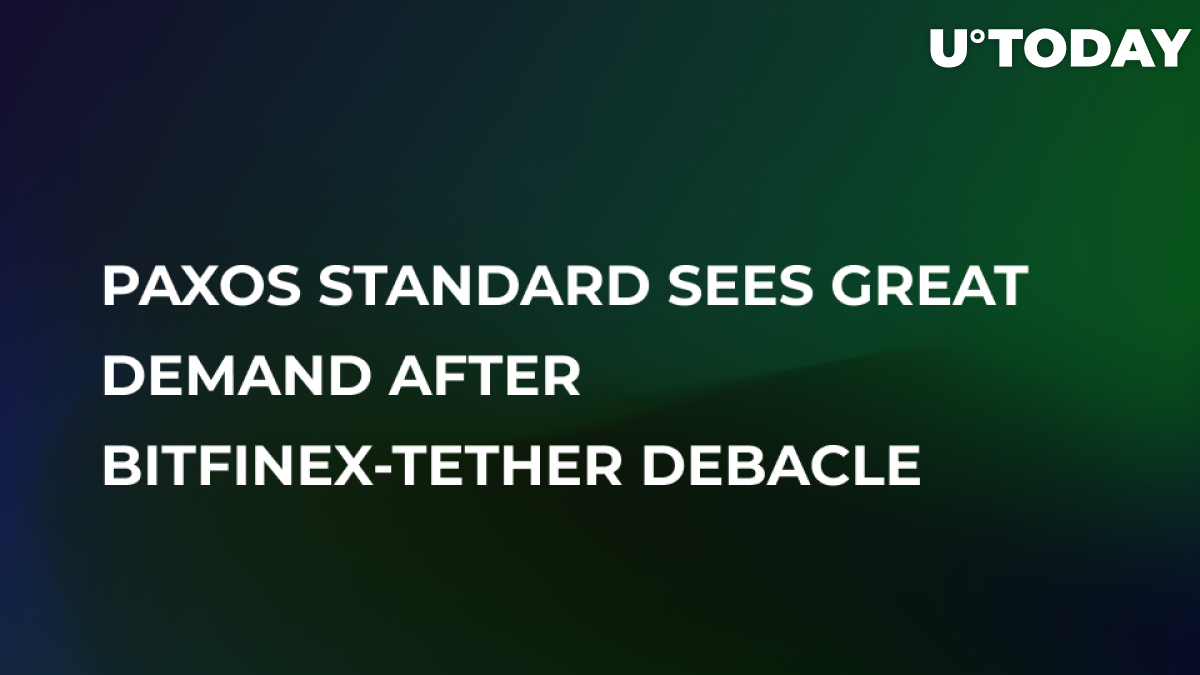 Paxos Standard, the stablecoin that rivals Tether, appears to be the biggest winner in the recent Bitfinex controversy that took the crypto community by storm. A new report states that $10 mln worth of PAX tokens were minted since the bombshell allegations about Bitfinex and Tether were brought to light.

According to Paxos CEO Chad Cascarilla, the coins were minted due to greater demand. The timing makes it obvious that the sudden spike in interest is inextricably connected to the Bitfinex news.

“We don’t pre-mint PAX, so the PAX [volume] is going up or down based on market demand for Paxos dollars … so that increase is definitely related to market demand and I have to assume it’s because of the Tether news,” he said.

As reported by U.Today, the New York Attorney General obtained a court order against iFinex, the Hong Kong-based Bitfinex operator. Bitfinex allegedly siphoned at least $700 mln off Tether’s cash reserves to make up for the loss of $850 mln that was handed to a Panama entity, Crypto Capital. The embattled exchange dismissed these accusations, calling them ‘a great overreach’.

Related
Tron (TRX) Got 3.5% of Tether (USDT) on Its Protocol, Migration Continues

Just like Paxos Standard, Tether is a dollar-pegged stablecoin, which means that it is fully backed by USD. However, there have been multiple concerns about whether Tether has enough funds to maintain the stability of its cryptocurrency. The Bitfinex bombshell is just another log on the fire.

The stablecoin market is gradually becoming more crowded, and Tether’s dominance is declining. At the time of writing, USD Coin, TrueUSD, Paxos Standard, and Gemini dollar are trading above the $1.00 mark while Tether is currently in the 0.98 range.