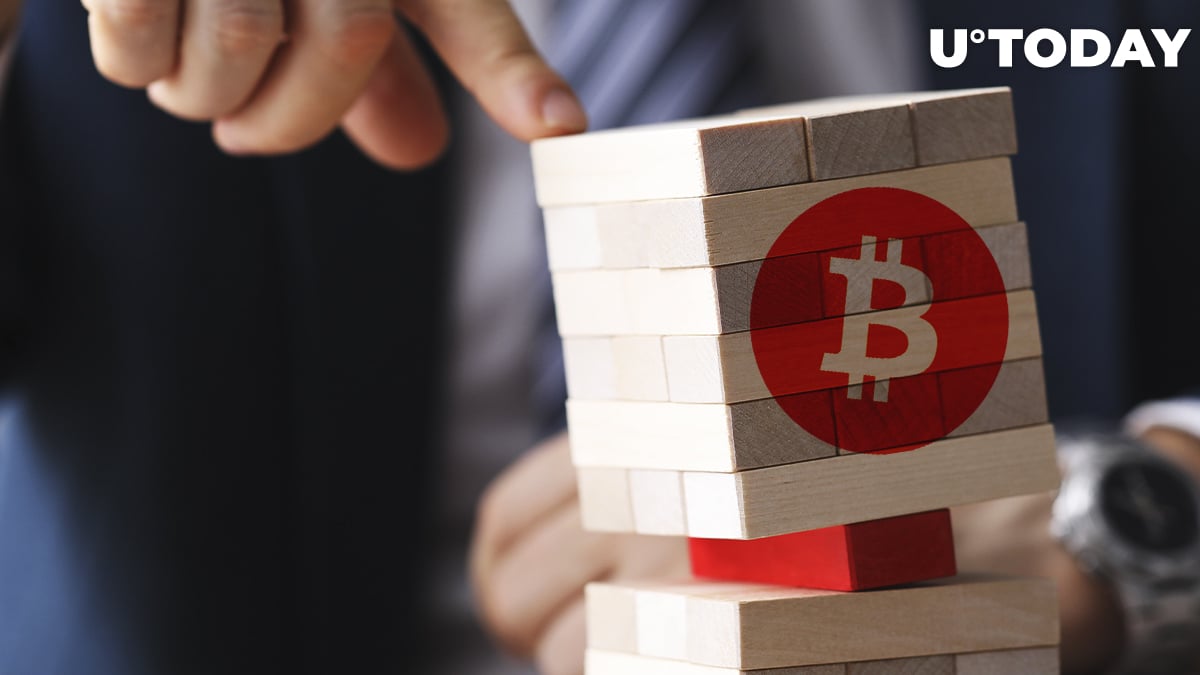 Bitcoin, the world’s largest cryptocurrency, dipped to an intraday low of $28,800 at 01:01 a.m. UTC on the Bitstamp exchange, collapsing nearly 20 percent in the span of 24 hours.

This came just two weeks after the cryptocurrency hit a new all-time high of $42,000.

Bitcoin on the ropes

As reported by U.Today, numerous factors were causing this fresh Bitcoin pressure: from whales depositing coins to exchanges to Janet Yellen’s anti-crypto comments and blatant FUD that was circulating in the media.

This level looks very vulnerable and a break below it is bad news in the near-term for Bitcoin and cryptos in general.

Erlam expects Bitcoin to tank to as low as $20,000 in the near-term as bearish sentiment is taking over the market:

His comments echo those made by Guggenheim CIO Scott Minerd who believes that Bitcoin has already topped out in 2021.

Novogratz expects this rally to resume

As per his latest tweet, Galaxy Digital CEO Mike Novogratz is convinced that this rally could resume once volatility tapers off:

Damn. $BTC flat on the year. $Eth still up 40%. The big washout. Humans aren’t meant to live in 150% vol environments.  That was the tell.   When vol recedes will we bottom, base and resume the rally.

In the meantime, Anthony Scaramucci of SkyBridge Capital urges his followers to hold Bitcoin instead of trading it ahead of “the institutional tsunami”:

A perfect entry is the enemy of a good entry. Don’t trade Bitcoin. Own Bitcoin. Bitcoin is just getting started. Wait until you see the institutional tsunami coming down the pike.