Bitcoin Has Disrupted Nothing Despite Hitting $40,000, Peter Schiff Claims

Yuri Molchan
Major Bitcoin critic and gold fan Peter Schiff is definite that Bitcoin has disrupted neither any central banks, nor any governments but gold can shake the fiat system 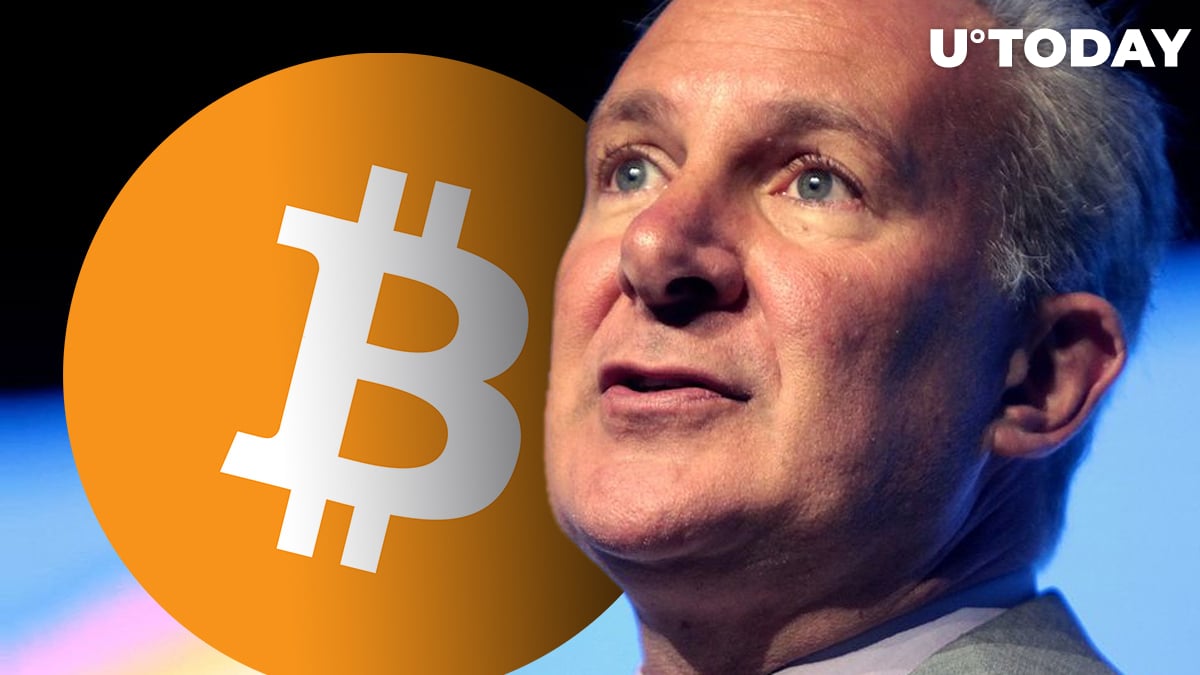 Vocal Bitcoin opponent Peter Schiff has taken to Twitter to claim that despite reaching new all-time highs above the $40,000 level, Bitcoin cannot be called “disruptive technology”, since it has not disrupted anything.

But Schiff believes that gold can easily collapse the fiat system if it surges to $10,000.

In his tweets on January 8, Peter Schiff has touched several topics to do with Bitcoin, criticizing the flagship cryptocurrency from various directions.

“Bitcoin has not disrupted anything despite rising to over $40,000”

Peter Schiff claimed that Bitcoin, despite being called “disruptive” by the crypto community, has in reality not disrupted anything – governments and central banks are still in power – even though the price has gone from pennies to over $40,000 within 12 years.

However, Schiff believes that gold, should rise from its current price of $1,857 per ounce to $10,000, is able to collapse the fiat system.

Slamming the idea of BTC rising due to the limited supply

The gold bug also criticized the idea of Bitcoin’s value rising due to demand being larger than the 21 million total supply of coins.

He reckons that this dynamic can quickly reverse, since the demand is coming from speculators who hope to dump Bitcoin at higher prices. Should the sentiment change, Schiff claims, demand may collapse even as more BTC is mined and sent to the market.

“The idea that #Bitcoin's price can only rise because demand is outstripping supply overlooks how quickly that dynamic can reverse. Demand comes exclusively from speculators hoping to sell at higher prices. If sentiment changes, demand will collapse as more supply hits the market.”

Another point made by Peter Schiff, who was ironically named the second biggest Bitcoin influencer in the last week of 2020, was that Wall Street is actively embracing Bitcoin now because it has a “long-held hatred for gold”.

Banks now have begun seeing BTC as an ally as they strive to save the fiat-based monetary system, which gives power to the Fed Reserve and themselves. Calling gold the only sound money, Schiff does not share any more details of his theory in which banks are using Bitcoin to save the fiat system.

“Ironically, Wall Street's new-found love for #Bitcoin has more to do with its long-held hatred for #gold. The banksters see Bitcoin as an ally in their war against sound money as they fight to protect the fiat-based monetary system that empowers the Fed and enriches themselves.”

Here’s why BTC is marketed as SoV, Schiff claims

Also, Schiff took a jab against Bitcoin’s status as a store of value widely valued by Wall Street.

The Euro Pacific Capital CEO stated that this narrative emerged only because Bitcoin failed as a medium of exchange. He assumes that this may change soon as well, and Bitcoiners are likely to come up with another status for the coin.

“It's the Bitcoin narrative that changes. When it failed as a medium of exchange it was re-marketed as a store-of-value. I wonder what the next iteration will be when that narratives fails?”