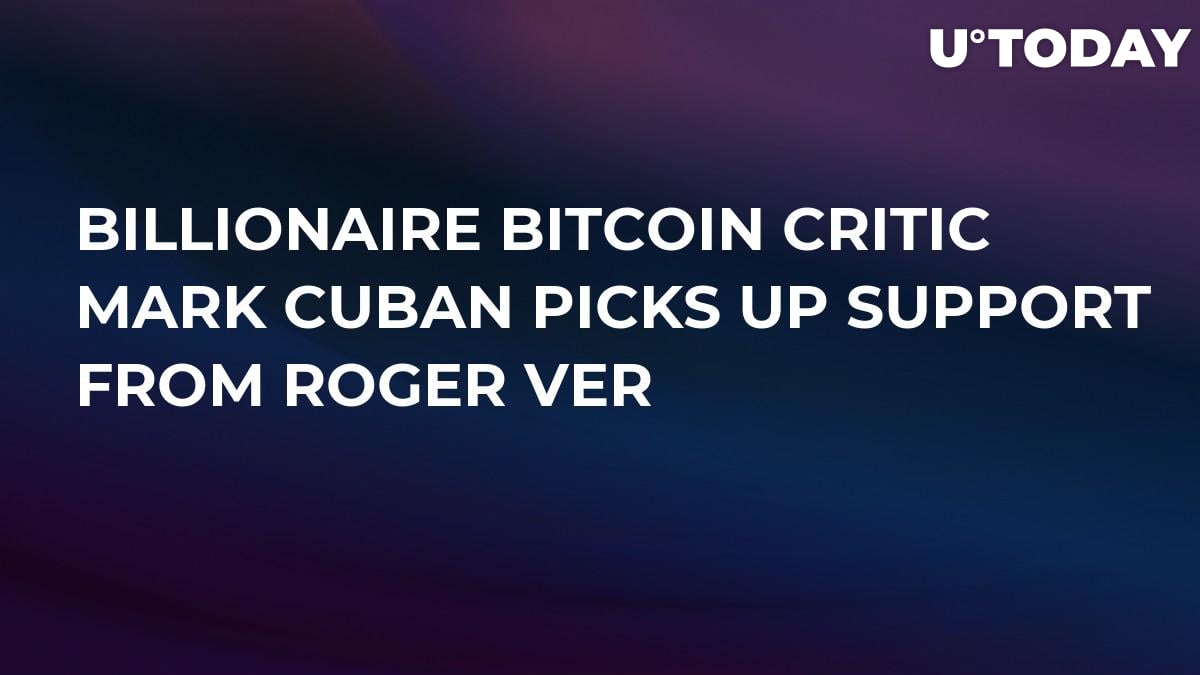 “Bitcoin Jesus” Roger Ver has just voiced his support for billionaire Mark Cuban who has been engaging in a passionate debate with the crypto community for the past few weeks.

Ver says that Bitcoin proponents should listen to the "real businessman" instead of arguing with him while opining that BTC needs to solve real problems.

The crypto community should listen to real business people like @mcuban.
Cryptocurrency needs to be so simple that everyone can easily use it to solve real problems. https://t.co/eGHdLfnVOn

In his latest tweet, Cuban argued that Bitcoiners didn't have to come up with complex arguments to sway him to their side. Instead, they need to simplify it in order to make crypto more appealing to the mainstream.

Two weeks ago, the billionaire entrepreneur claimed that he didn't oppose to Bitcoin as such. His issue with the top cryptocurrency is that it lacks consumers. Hence, he urged militant Bitcoin proponents to convince their neighbors about the advantages of the first decentralized cryptocurrency.

Cuban's criticism plays right into the hands of Bitcoin's prodigal son Roger Ver. After becoming one of the earliest adopters of BTC and making a fortune with it, Ver became of its most fervent critics due to its scalability issues that prevent real-world adoption.

Ver now promotes the big-block Bitcoin Cash fork that split from the chain in November 2017. As reported by U.Today, he predicted could see a 1,000-fold increase in value while tweeting that the BTC price is unlikely to pump after the upcoming halving.