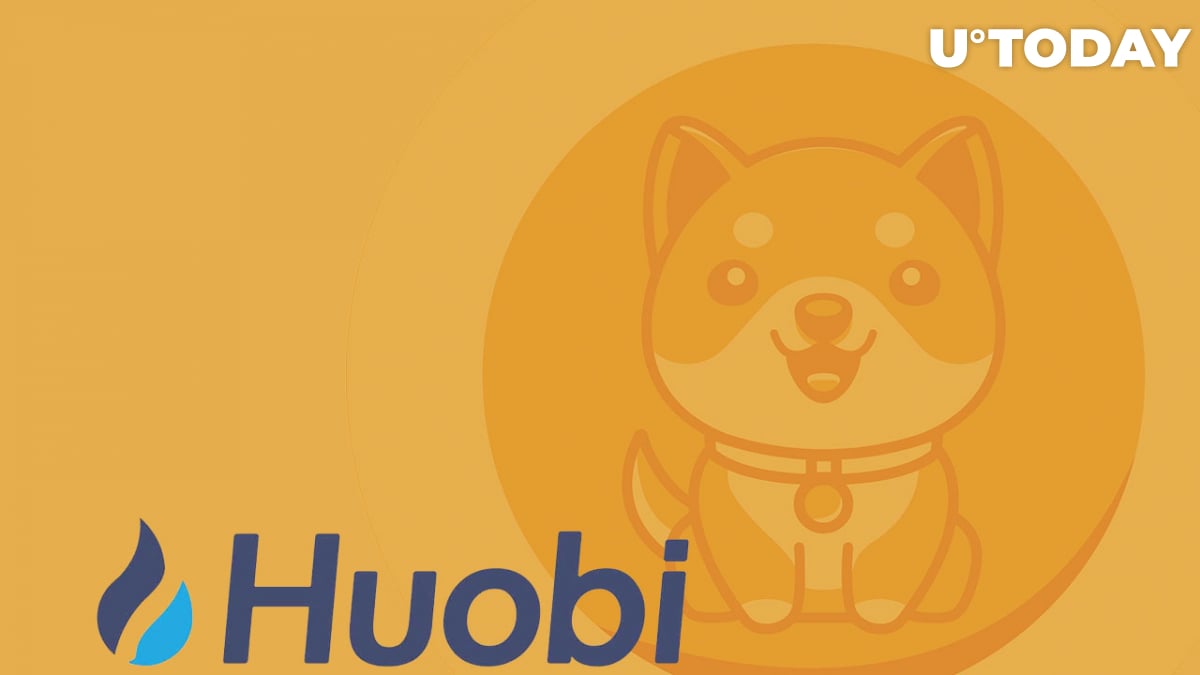 The Official Huobi Twitter account has announced that it has added support for another meme cryptocurrency—Baby Doge Coin (BabyDoge).

The meme token immediately showed a rise of 13% on this news. At the time of writing, the meme crypto is changing hands at $0.000000003855, according to data provided by CoinMarketCap.

The Huobi Global Twitter page has stated that BabyDoge deposits were enabled today—at 9:00 UTC. The spot trading of these meme tokens will kick off once the volume of deposits matches the requirements of market trading, and the launch of trading will be announced in advance by the Huobi exchange.

Curiously, Huobi listed BabyDoge in the so-called Pioneer Zone launched in late July of last year. The Huobi page dedicated to it states that the Pioneer Zone is for trading high-potential, high-quality projects.

Everyone who trades in it must pass an ID verification procedure. Users from some regions, however, are not allowed to access it. These include North Korea, Japan, Mainland China, Iran, the U.S. and several other countries.

As reported by U.Today earlier, Huobi, as well as multiple other exchanges, decided to withdraw from mainland China after yet another crypto ban announced by the Chinese Central Bank in late September.

BabyDoge has spiked over 13% on the news so far.

Related
655 Million Burned in 48 Hours Jointly, while 232 Million SHIB Burned in Feb So Far by This Company

Earlier today, @WhaleStatsBSC, which shares data on the top 1,000 whales on Binance Smart Chain (recently rebranded to BNB Chain), has tweeted that the official Twitter account of BabyDoge Coin has reached a new milestone.

Now it has over one million followers on Twitter.

@WhaleStatsBSC has also reported that BabyDoge has returned to the list of the top 10 coins that the 1,000 largest BNB Chain whales have been actively buying in the past 24 hours.

As for the number of users that hold BabyDoge on BNB Chain, it totals 1,416,867, according to the Coincarp on-chain data service.