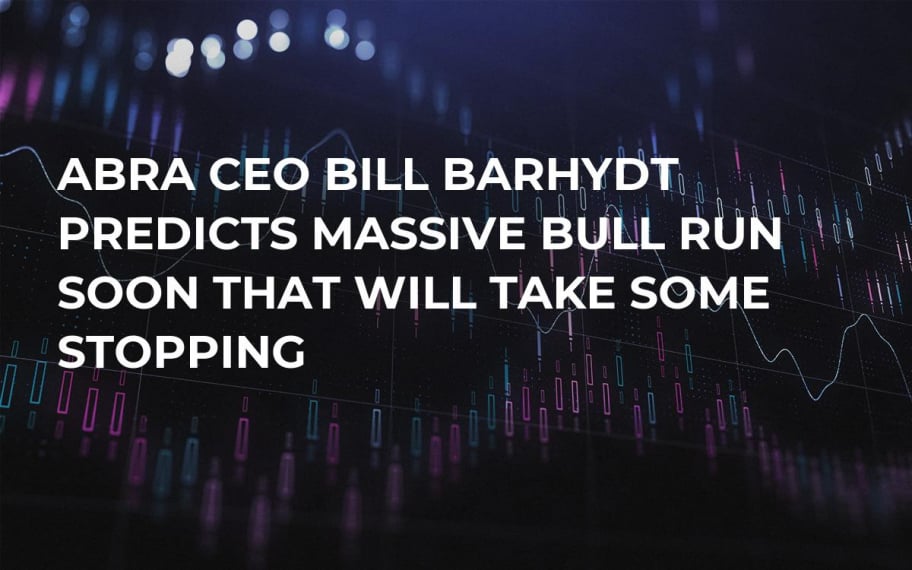 Abra CEO Bill Barhydt, a Silicon Valley-based cryptocurrency business, is expecting another big boom in 2018 as there are big investors watching from the sidelines, waiting to move into the market.

Barhydt thinks that once the run begins, it will be hard to stop, stating: "Once the floodgates are opened, they're opened."

A low, but an opportunity

The Bitcoin price hit near on $20,000 halfway through December last year at its peak, with many other cryptocurrencies mirroring its gains. However, the entire market cap for the cryptocurrency market is down way more than 50 percent, $800 bln to $300 bln, as it stands.

However, Barhydt says this is being viewed more as an opportunity by some big investors and potential crypto speculators, rather than a reason to evacuate.

"I talk to hedge funds, high net worth individuals, even commodity speculators. They look at the volatility in the crypto markets and they see it as a huge opportunity. Once that happens, all hell will break loose,” Barhydt told Business Insider.

The power of Institutionalised Japanese investors.

Barhydt pointed out that some Japanese financial institutions began investing in crypto at the end of last year, and that was partially behind the price rally at the time.

The entire cryptocurrency market is also being taken more seriously since its boom through December. Regulators and government have been discussing what to do with it, at the highest level, at the G20.

This regulation may seem like a form of stifling for some, but in reality, the regulation of such a commodity is necessary if it is to become a norm in everyday life.