XRP Price Aims $0.27 Target Again, But How Long It Will Take? 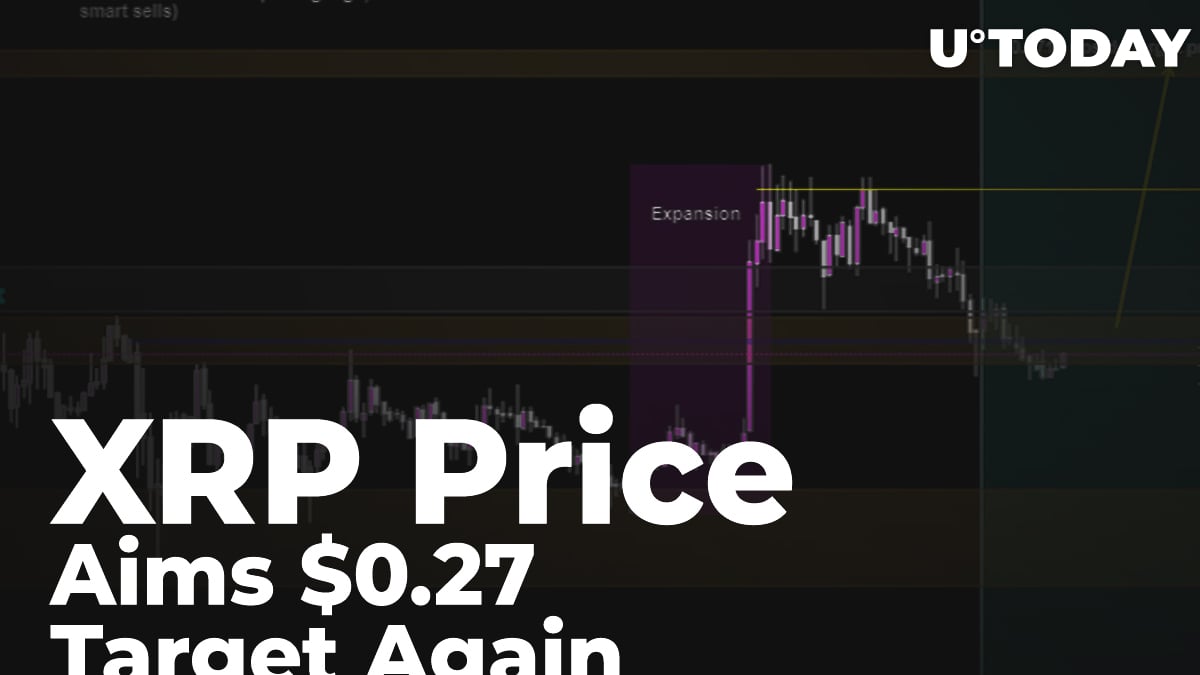 Ripple stays around the $0.24 level even despite the fact that altcoin market has survived through a short downtrend. XRP never gives up and continues resisting the bear traps on the way to its higher highs. How much XRP will cost in the nearest days, and is it possible to overcome the $0.27 level shortly? Read XRP price predictions from TradingView users.

The theory of Leb-Crypto is that there is a possibility that a repeat of the previous macro rounded bottom is happening right now. XRP technically is on the verge of massive upside; it is imminent, especially as BTC trends sideways and even downwards in a coming couple of months.

A rounded bottom has a very clear target if and when it plays out; as you can see by the previous one in 2017. Yet the 2017 bull run was so powerful that it is even over-shot that target after a few months of consolidation.

Will history repeat and we hit the current rounded bottom target at around $50 EOY?

Honestly, this is a very high target, but Ripple is a very peculiar coin, and it can show crazy performance in Q4 2019. User Leb-Crypto sticks to $12 EOY target as a "conservative”.

So, what’s going on with Ripple? Is it a double bottom and pump or simply just dump?

Before you start trading, RSibayan warns you: remember to always, always place your stop loss at the appropriate levels immediately after you have put in your long/short position so as not to get stopped out at your trades. Always be prepared for either scenario of upwards movement, downwards movement, or sometimes even sideways movement (consolidation phase & sometimes even extended consolidation phases.

If we observer Ripple’s movements during the last day, we can note that Double Bottom didn't happen, but it's now headed to the bottom. Will this rebound from the 0.618 or continue down to the 0.786 level?

Related
Ripple Executive Makes a Pitch for Cryptocurrency Regulations in the US: ‘We Are Well Beyond the Days of Silk Road’

XRP has been consolidating bullishly after breaking out of the weekend triangle. If we reset the charts we can see a rising channel with a potential target area of just under $0.28 if this Bull pendant/flag plays out and pushes up.

What do price charts tell us?

After breaking the pendant formation support line, price revisited as resistance and returned to the low. Volume is coming down on this recent decline and could be coming to an area to pivot from.