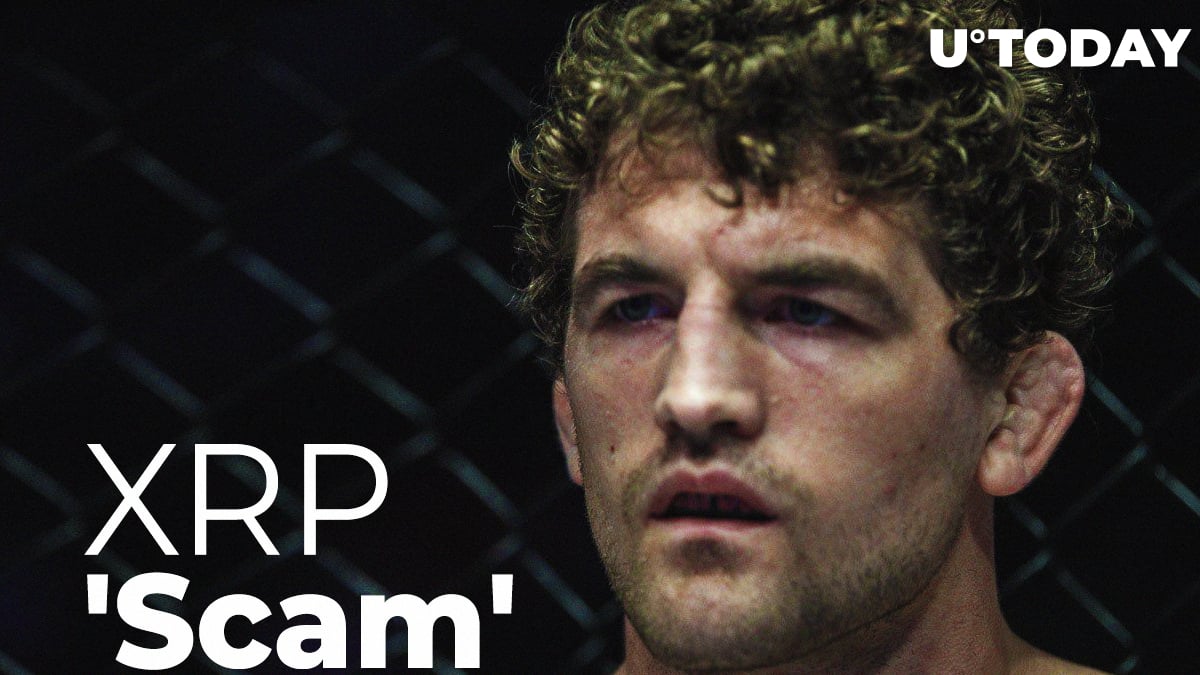 UFC star Ben Askren recently riled up the XRP Army by calling the third biggest cryptocurrency a scam on Twitter.

His tweet almost instantly went viral with more than 1,500 likes at the time of writing and instigated another war between different crypto camps.

Related
'XRP Could Fall to Zero or It Could Be Worth a Million Dollars': American Institute for Economic Research

While some Bitcoiners were having a field day, XRP fans didn't hesitate to take personal jabs at Askren. Some of them went as low as comparing the speed of XRP to Askren getting knocked out by his bitter rival, Jorge Masvidal.

However, more level-headed XRP holders saw Askren's mention as an opportunity for more mainstream exposure. Even those who weren't following XRP could come to their own conclusion.

XRP is rightfully considered to be one of the most controversial projects in the crypto space. Forbes contributor Jason Bloomberg slammed it as a "centralized, permissionless" token in his op-ed article while calling into question Ripple's business model.

XRP remains the main target of Bitcoin maximalists who believe that the token represents everything that is wrong with crypto. Bitcoin Core developer Peter Todd compared Ripple to biotech fraud Theranos, which turned out to be Silicon Valley's biggest disaster. Meanwhile, Blockstream CEO Adam Back suggested that Brad Garlinghouse was buying BTC with XRP tokens that his company dumps on retail.

Askren is a staunch Bitcoin proponent himself, which most likely explains his disdain for XRP.

That said, being a Bitcoin proponent doesn't necessarily mean that you have to hate Ripple and the XRP token. As reported by U.Today, Garlinghouse admitted that he was bullish on the top cryptocurrency as a store of value but he didn't see it succeeding as a medium of exchange.

"You don’t want to use BTC at Starbucks b/c by the time you get your coffee, it’ll be cold."