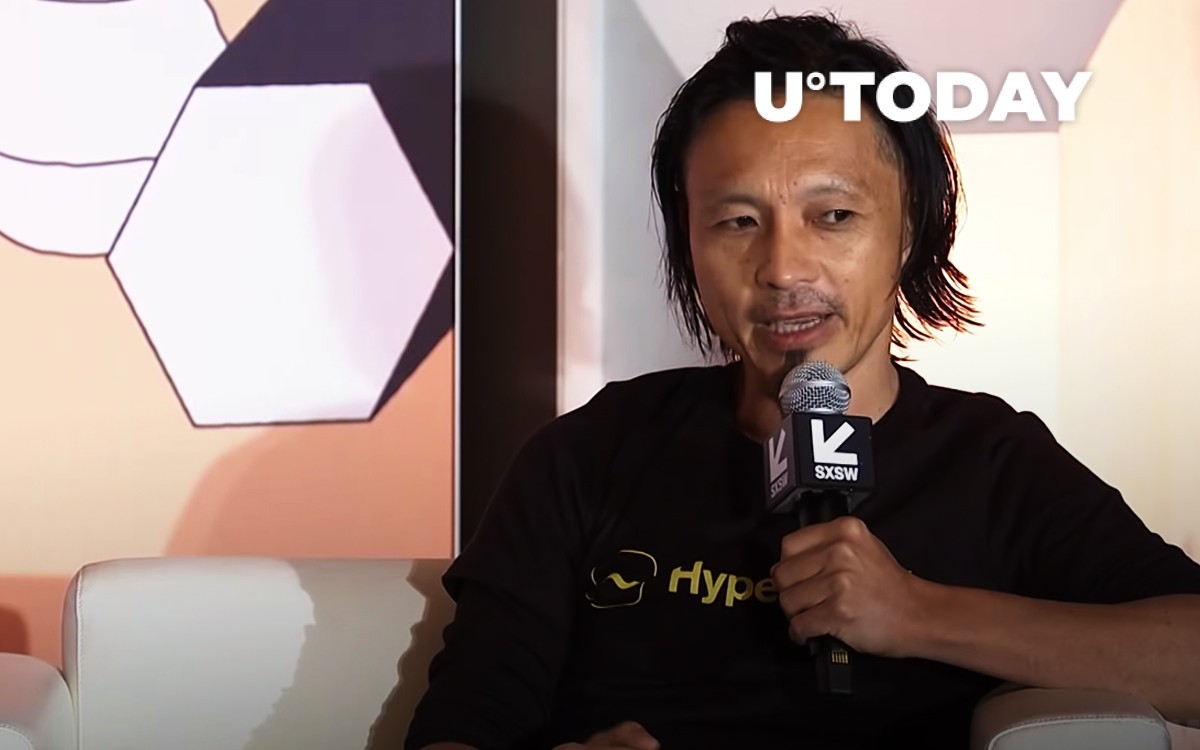 Famous trader and analyst Willy Woo announced the statistics of brilliant Bitcoin's (BTC) superiority over Visa in the sphere of payments. But some figures in his report may be inaccurate. 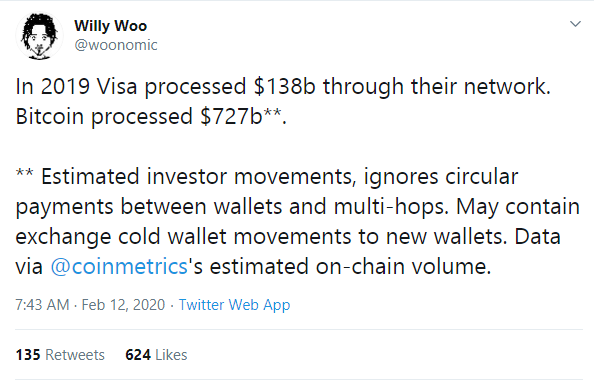 As a result, it was found that Visa processed $138B via its network while Bitcoin (BTC) surpassed this result by 426% in 'estimated investor movements'.

However, commenters on Mr. Woo's Twitter account noticed something strange in these calculations. Actually, according to the official Annual Visa Report 2019, the Visa network processed not $138B in transactional volume, but 138 Billion transactions during the year 2019.

Must Read
Bitcoin to Exceed Internet in Terms of Transaction Volume in 2020: Willy Woo - READ MORE

The whole payment volume during this period is estimated at $8.8 Trillion which exceeds the volume of the Bitcoin (BTC) network by a factor of 12.1.

Nevertheless, 2019 was splendid for Bitcoin (BTC) in terms of transaction volume. For example, on December 4, 2019, Bitcoin recorded its highest hourly USD volume in its entire history with more than $8.9B in BTC moved on-chain.