Darryn Pollock
Whales still have a big say in the way Bitcoin moves. So, with a couple major transactions being noted, what is happening behind the scenes? 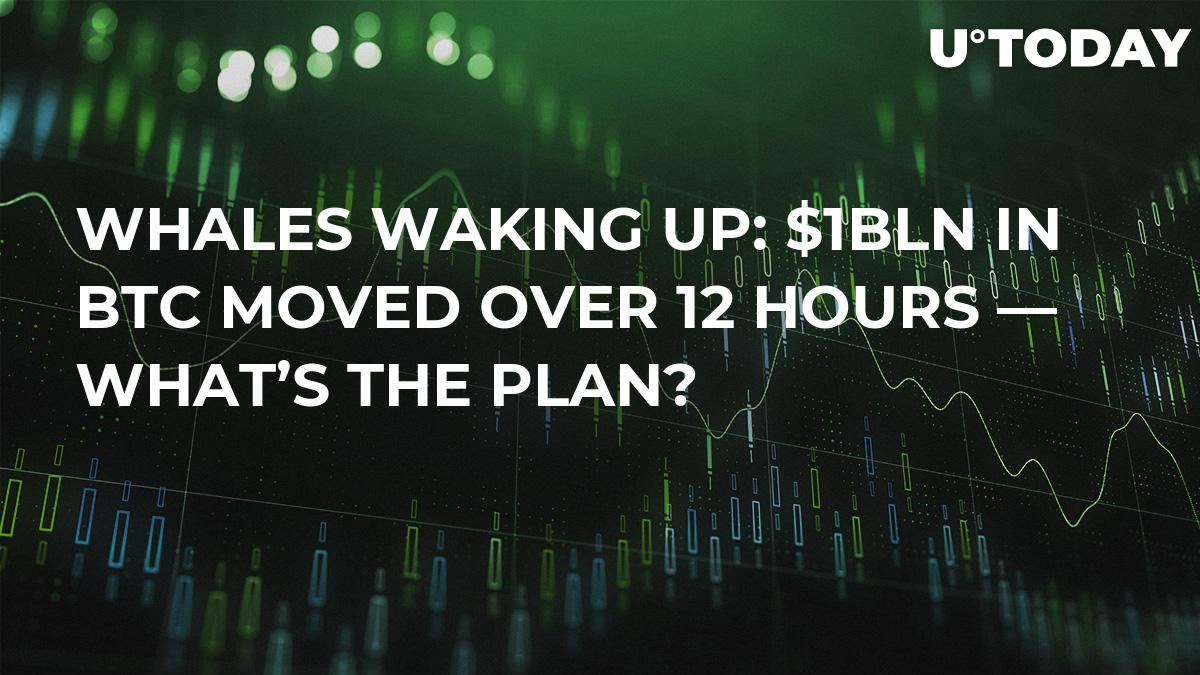 The very nature of Bitcoin transactions means that all of them can be seen thanks to transparency, but they are also anonymous. Because of this, some major transactions from long dormant accounts have been spotted on Twitter, totaling over $1 billion.

Four of the biggest Bitcoin wallets have shifted this grand amount of money, and over a 12 hour period, leaving many wondering what could be going on. Most of these wallets have been inactive for years as well, which adds more mystery to the moves.

With such big moves happening, and such a low point in Bitcoin’s market, there could be real fear of capitulation and a potentially massive dump coming, but the actions of these transactions probably point to something else.

There appears to be some housekeeping going on by a big Hodlr, as the funds were divided up into 100 wallets in one instance. Another thought is that the move was to take advantage of the low fees to move the Bitcoin into Segwit wallets, as they were in legacy wallets before.

The first money move came from the highly monitored 9th biggest Bitcoin wallet. It has been dormant for four years and sprung to life as 66,000+ BTC (worth over $260 mln) was moved to another location.

Following that, the 10th biggest wallet by Bitcoin volume moved a similar amount, and then the 11th biggest wallet emulated the move. These actions continued with another wallet worth approximately half of the first two (ranked at #30), also on the move, moving 32,957 BTC, followed finally by another newer wallet previously ranked #36 moving another 31,269 BTC.

These movements of course could cause some concern, but the following actions taken by the Whale seems to suggest it is more a case of housekeeping and preparation.

After the second move of the cache of Bitcoins, it was discovered that the coins had immediately been subdivided into smaller equally valued caches in sub-wallets after being transferred. Thus, the initial transfer was split into 99 wallets each containing 662.52BTC with the 100th containing a rounded 200BTC.

Following that, the other two large moves also followed a similar pattern as the Bitcoin were divvied out into smaller chunks across multiple wallets. It thus seemed indicative that the coins were being brought out of cold storage and being prepared to be traded, should the desire rise.

Of course, the move also took the Bitcoin from legacy wallets to Segwit, and as such, was an easy and cheap time to make the transfers as the transaction cost for Bitcoin is extremely low at the moment.

It remains to be seen if these coins will be returned to cold storage, or even go dormant again if the Whale was to decide to continue holding on to his fortune, or if this preparation of the coins is a readying to dump a lot of BTC back into the market.

If they were to be dumped, it would have a huge effect on the price of Bitcoin and the entire cryptocurrency market, as the flooding would cause a huge spike in supply and probably negatively affect the price of the digital currency further.