Traders Require Compensation After OKEx Closed BCH Futures, Promising to No Longer Work with the Exchange 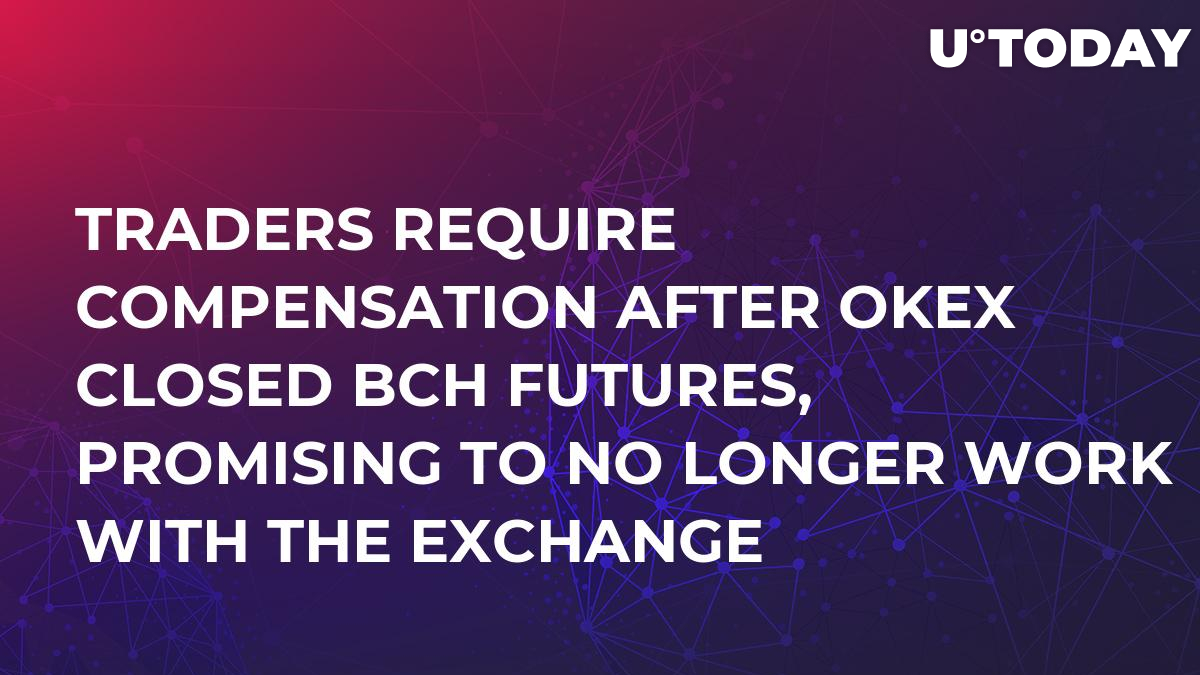 Hong Kong-based crypto exchange OKEx caught investors off guard when it settled futures contracts on Bitcoin Cash ahead of its hard fork, having hardly warned anybody.

On Monday, Bloomberg wrote that this curious move by OKEx plunged investors into serious losses. For example, the founder of Consensus Technologies, Qiao Changhe, claimed that his investment firm had $700,000 go down the drain due to OKEx closing BCH futures at the mark on charts which did not reflect the market rates back then.

After this mishap, he shared that he is considering cutting the initial $5-mln investments into OKEx. Changhe believes the platform is losing customers’ trust and reliability.

Four other top traders, whose names Bloomberg prefers not to disclose, also stated that their cooperation with OKEx is going to be reduced or they will even change their investment partner completely after what had happened.

One of those bigwigs, as per Bloomberg, complained to the local SEC.

A day before the BCH hard fork occurred, the exchange published a note on its blog, saying that all Bitcoin Cash futures would stop trading at 9:05 in the morning and delivered at 10:00 in the morning. According to the blog post, the situation was caused by the approaching chain split of the Bitcoin Cash network.

As for the closing prices the exchange chose for closing the contracts, OKEx wrote that at that moment there were no trading crypto pairs with BCH that would have sufficient market depth and trading volume to create an index for delivery.

Related
The Market's Down, but No Need to Panic: Consider Both Sides of the Crypto Coin

OKEx explained their decision to avoid announcing this earlier was out of desire to protect their users from possible market manipulation, calling this situation an extremely special case.

OKEx has previously also caused awkward situations for its users. In late summer, the exchange froze the account of one of its users and forced a liquidation. The reason was that the user made a large long position of over 4 mln BTC futures and turned down the exchange’s request to make the position smaller.