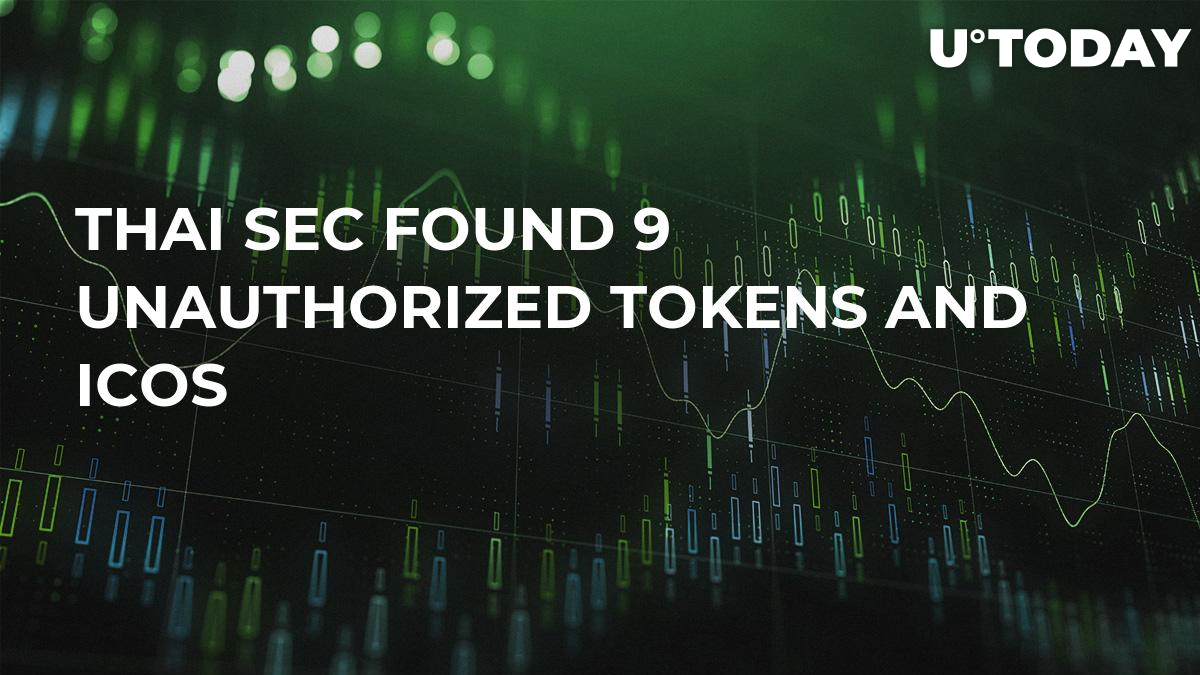 The message was published due to the growing interest in cryptocurrencies in Thailand.

The regulator has warned the public of potentially high investment risks.

“Currently, no digital asset issuer has been approved and no one has filed an application for a license with the SEC. Therefore, investors are to take care when being solicited or receiving information about investments in digital assets,” stated the regulator.

The Thai SEC specifically noted five key risks connected to the mentioned nine tokens and ICOs. They didn’t submit their applications, were not approved by the Commission and were not licensed by special SEC portals regulating ICOs.

They also failed to provide adequate disclosure for investors; their issuers and promoters have no license to operate. Lastly, their liquidity is questionable and the assets are difficult to convert into fiat money.

Earlier in August, the Thai SEC declared illegal the DB Hold Plc company, which launched investments without the approval of the Commission. The regulator ordered the company to stop issuing tokens and their promotion.

Local companies which have launched their ICO before the country’s regulations look at the Smart Plc precedent as it was allowed to continue its activity without obtaining the approval.