Kraken Warns About the Insecurity of BCH SV

Antony Koroid
American crypto exchange Kraken said trading operations with the BCH SV token of Bitcoin Cash, which emerged after the recent hard fork, can be associated with some risks 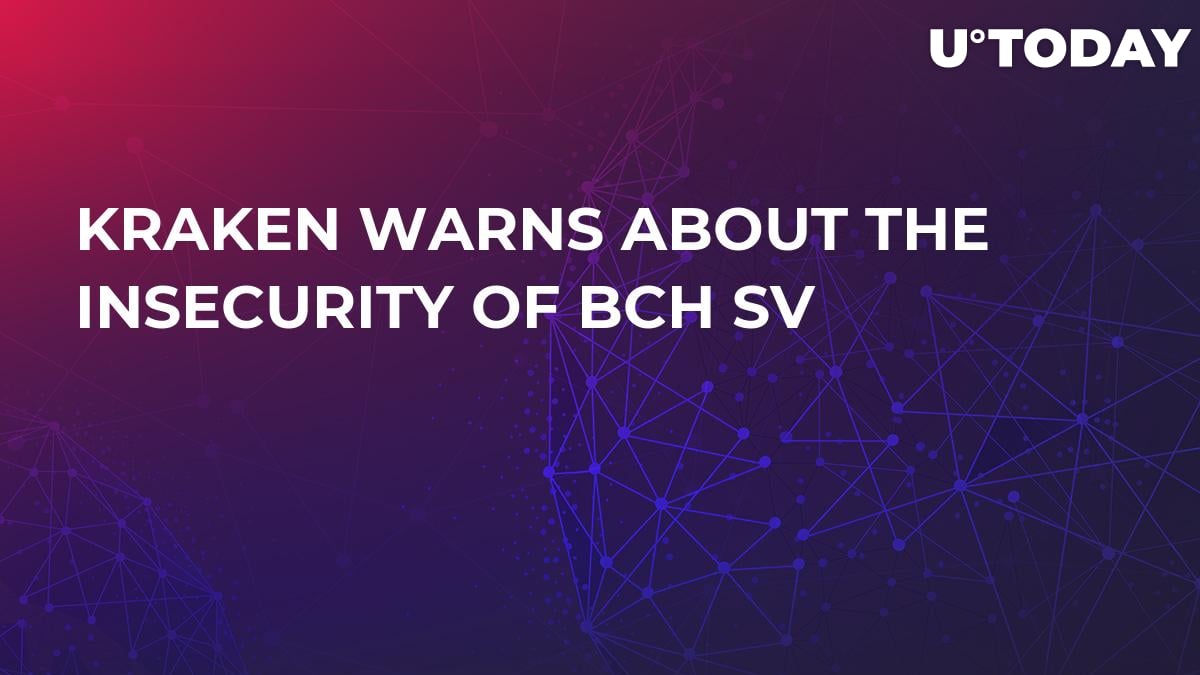 As noted in Kraken’s blog, the new token doesn't meet the exchange’s usual requirements for the listing of digital assets.

Warning "red flags" from the exchange are caused by the fact that wallets for BCH SV have no way of preventing simultaneous transactions (replay) in both versions of BCH yet. The exchange says there is currently not enough wallet support, which is why miners presumably work at a loss.

Kraken was also embarrassed that BCH SV reps are allegedly "openly hostile" to other blockchains and "threatening" rival faction members. The exchange believes that large holders of the newborn token will get rid of it at the first opportunity. All in all, it allows considering the investment in BCH SV "extremely risky".

However, Kraken began trading a new version of Bitcoin Cash. The BCH SV token has a price of about $88, while the Bitcoin Cash ABC (BCH ABC) is valued at $233, according to CoinMarketCap.

Before the beginning of the split, Kraken announced its support only for BCH ABC, but following nChain's publication of a fork protocol and roadmap, the exchange agreed to list BCH SV. At the same time, Kraken stated it couldn't guarantee stable storage of this token.

Kraken is a US-based international cryptocurrency exchange, the largest in the world in volume of traded euros. Its rate and currency volume can be found in the Bloomberg terminal.