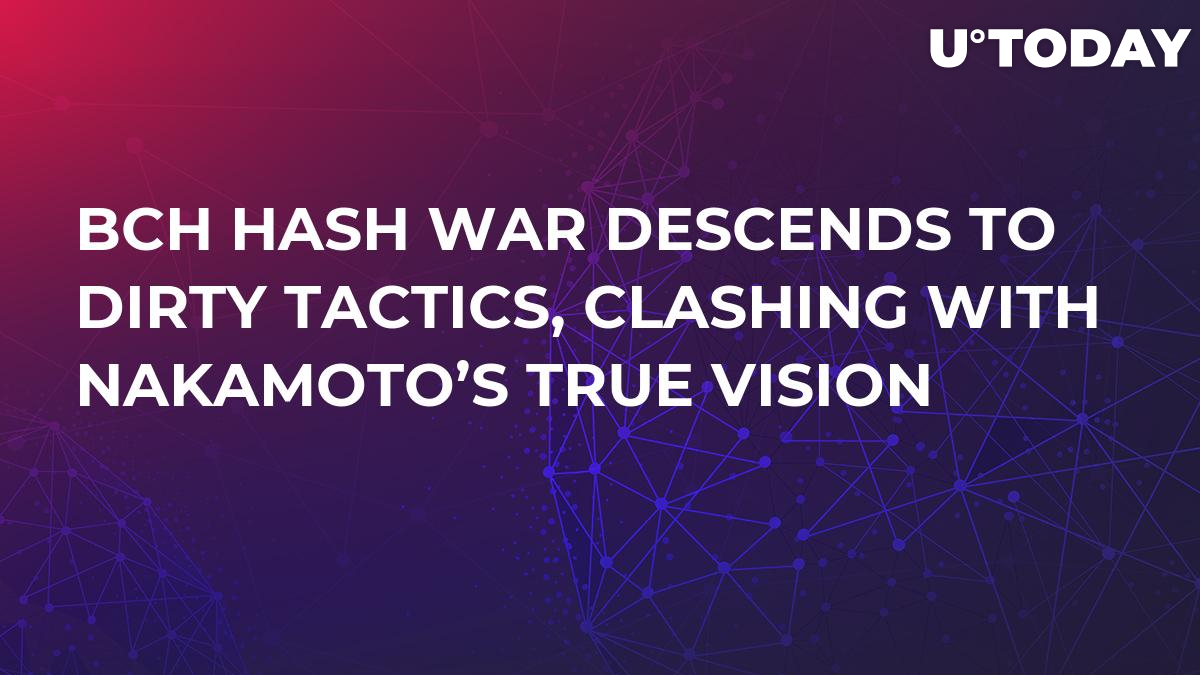 Since the 15th of November, an intense hashwar has been raging between two sides of the Bitcoin Cash blockchain following its hard fork. On one side is a man who has claimed to be the creator of Bitcoin — Satoshi Nakamoto — Craig Wright, and the other is a man who calls himself Bitcoin Jesus, Roger Ver.

The hash war has degenerated to a point where some dirty tactics have been used and have come to light. But most concerning is the hypocrisy of the BCH proponents who have enacted the tactics — and the hard fork in general — as it is clear this mess would never have been the intention of Nakamoto when he created Bitcoin 10 years ago.

Bitcoin Cash ABC had a hash burst straight after the fork, but it has emerged via Jimmy Nguyen, the CEO of nChain, that the burst was actually rented or subsidized from the BTC network.

These tactics are clearly not for the benefit of the cryptocurrency ecosystem, with the total market cap tanking soon after this petty hash war kicked off. Furthermore, Bitcoin Cash was hard forked off of the original Bitcoin chain under the guise of maintaining Nakamoto’s vision of a electronic peer-to-peer cash system — yet this latest feud is far from that.

Taking a look at the graph showing the competing networks that forked off the BCH network, it is clear that BCH AC spiked earlier and harder. This hash burst has since been exposed, though.

This hash burst was actually rented — subsidised —  by the BTC network “in order to artificially boost the support for Bitcoin Cash ABC far higher than it had ever been in the days and weeks leading up to the hard fork,” according to Nguyen. 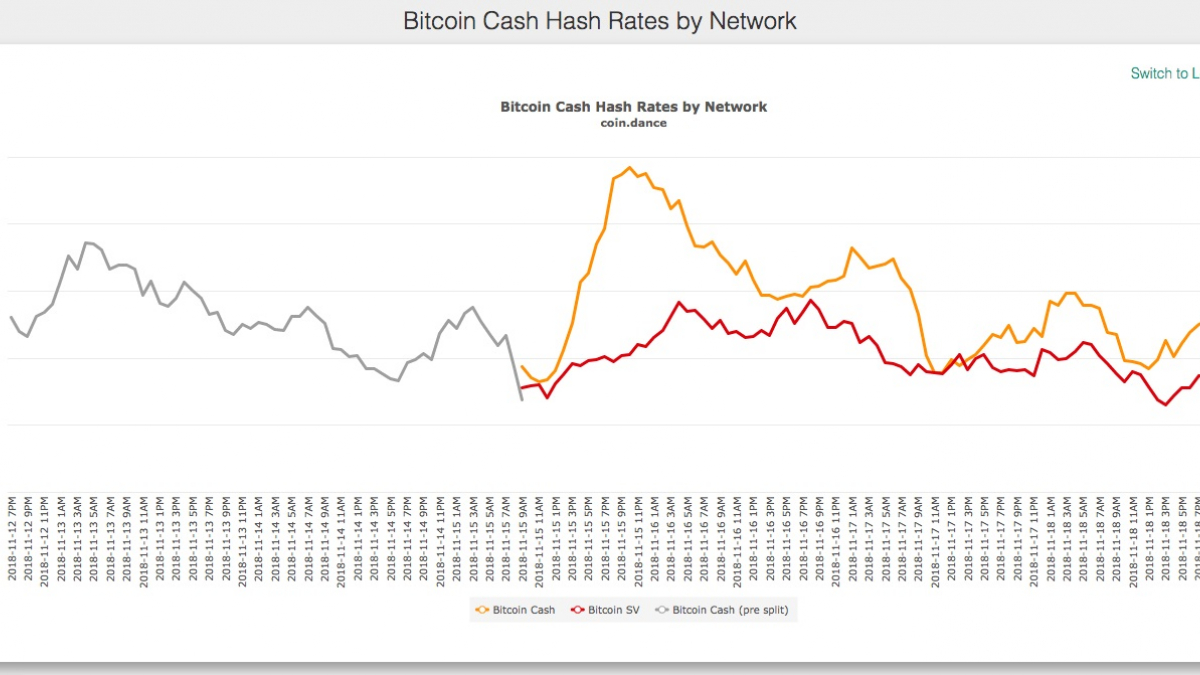 This is clearly a subversive tactic in a war of hash for this chain, and is neither ethical or the right way in which to win this battle. It is also not conducive to what Nakamoto envisioned for blockchain and Bitcoin — something that is supposedly very important to the BCH believers.

Nguyen says it is hypocrisy to move hash for a day or two from the rival network that most of the community do not like and use that to claim victory.

“The whole reason that such hash was available on the BTC network to move onto BCH is because the people who should have fought Bitcoin Core did not, and splintered off to create the Bitcoin Cash network, and allowed BTC to continue on. That’s perfectly fine. But now they’re borrowing hash, renting it, subsidizing it from the very network they so vehemently oppose many of them to try and claim a victory on the BCH network.”

In Bitcoin’s white paper, it states that the cryptocurrency should be a cash-like system, which is a fact the BCH believers hold onto, but the Nakamoto Consensus also states there was supposed to be only one Bitcoin network.

Nguyen adds: “Satoshi Nakamoto could not have envisioned, at the time the white paper was written, that there was going to be some splintered-off network using the same hash algorithm. And with the idea of one CPU equals one vote, or miner hash power equals the vote, it was designed.”

“I’m sure most logical people can agree with it to recognize that the people who have an ongoing continuous invested interest in the network are the ones that should vote on a rule set.”

While this hard fork started out as a scheduled maintenance, it quickly degraded into a battle between big personalities within a blockchain that was already controversial and hostile. The decisions to go separate ways at this juncture cannot be too surprising, but the outcome of this war will probably not be positive or conducive to a betterment of the cryptocurrency space.