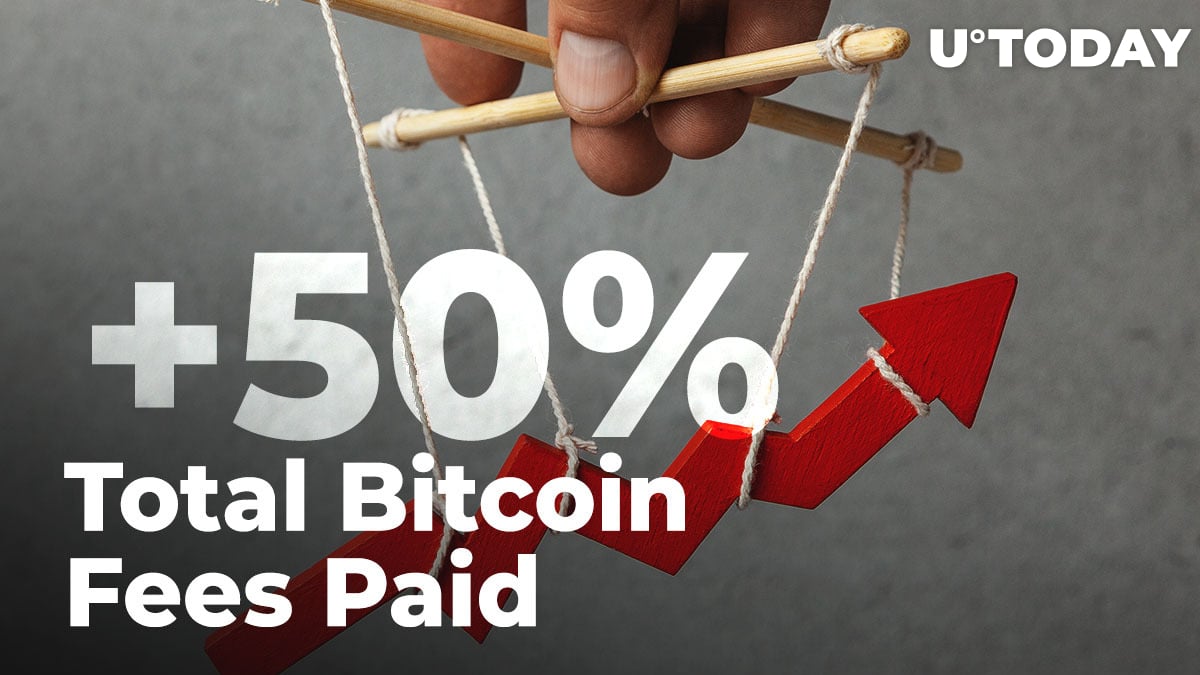 With less than twenty days left before the next Bitcoin halving, an inflow of new data shows that the Bitcoin chain remains as active as ever. It also shows that the crypto community is looking forward to the halving event and is withdrawing their BTC from centralized exchanges to put it in a more reliable place for storage.

As reported by the Glassnode agency, over the past twenty-four hours, the total amount of Bitcoin fees paid has substantially increased by 50.7 percent, reaching $9,568 from the previous value of $6,349.

The existence of fees allows all operations on the Bitcoin network to occur since transactions require confirmation from miners. Usually, miners receive a baseline reward (which is currently 12.5 BTC but is about to drop to 6.25 in about eighteen days) along with some amount of money to compensate them for confirming transactions – electricity, mining gear maintenance, etc.

Transactions often rise in volume as they approach a full block. For this reason, some transactions require higher fees than others.

The main Bitcoin fee has also increased over the past twenty-four hours, rising to 58.8 percent. The increase in this metric has led to a rise in total Bitcoin fees paid.

Related
Bitcoin (BTC) Amount Available to Buyers May Be Far Smaller Than You Think: Top Analyst

Glassnode has also shared data that says that over the past half a year, investors have been removing their Bitcoins from centralized exchanges as they've become less willing to use exchanges for storing their BTC.

The index of the Bitcoin balance on crypto exchanges has hit a six-month low.