Top Cryptocurrencies by Number of Network Connections: EOS Has the Most, Nearly 300 Billion

Alexander Goborov
Today, we bring you the latest stats on top cryptocurrencies and their respective network connections: EOS has the most, followed by Bitcoin and Ethereum 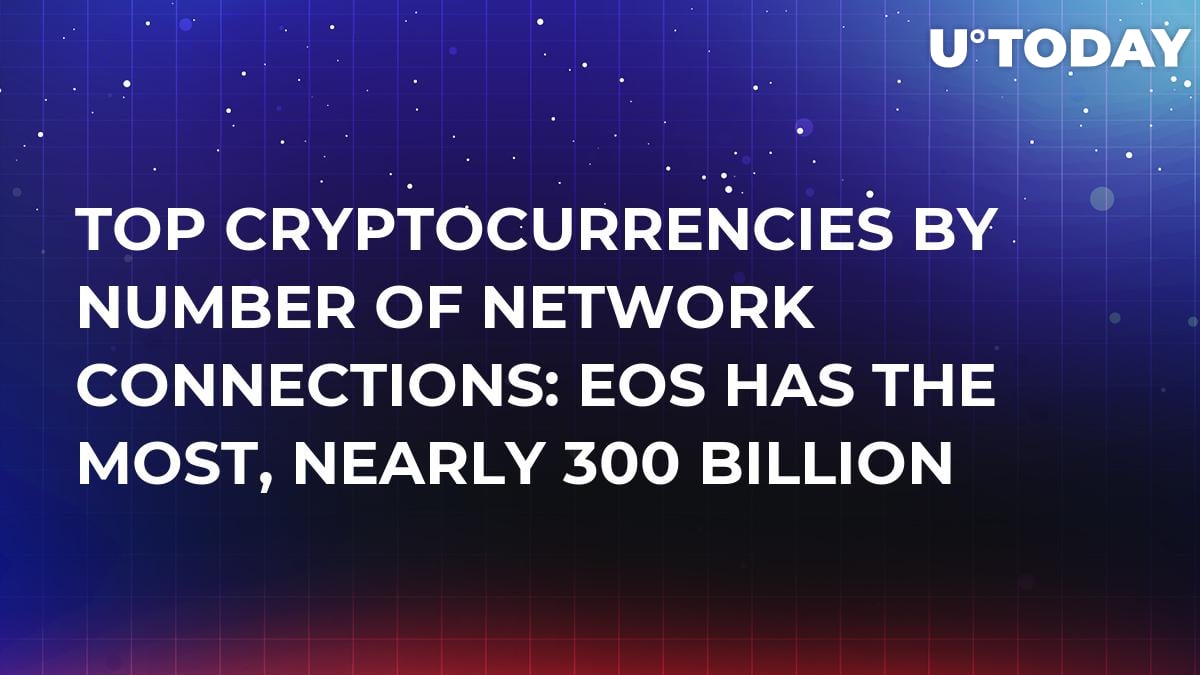 There are many ways to measure how strong a network’s presence is on the Blockchain. One can, for instance, choose to focus exclusively on finance and look at any given company’s market cap or price per each one of its digital tokens. In terms of computational power, a hash rate can be examined to calculate the speed a network is operating at. What can also be done to get a sense of a network’s power capacity is to work out how many network connections that network has. And this is exactly what we have done: 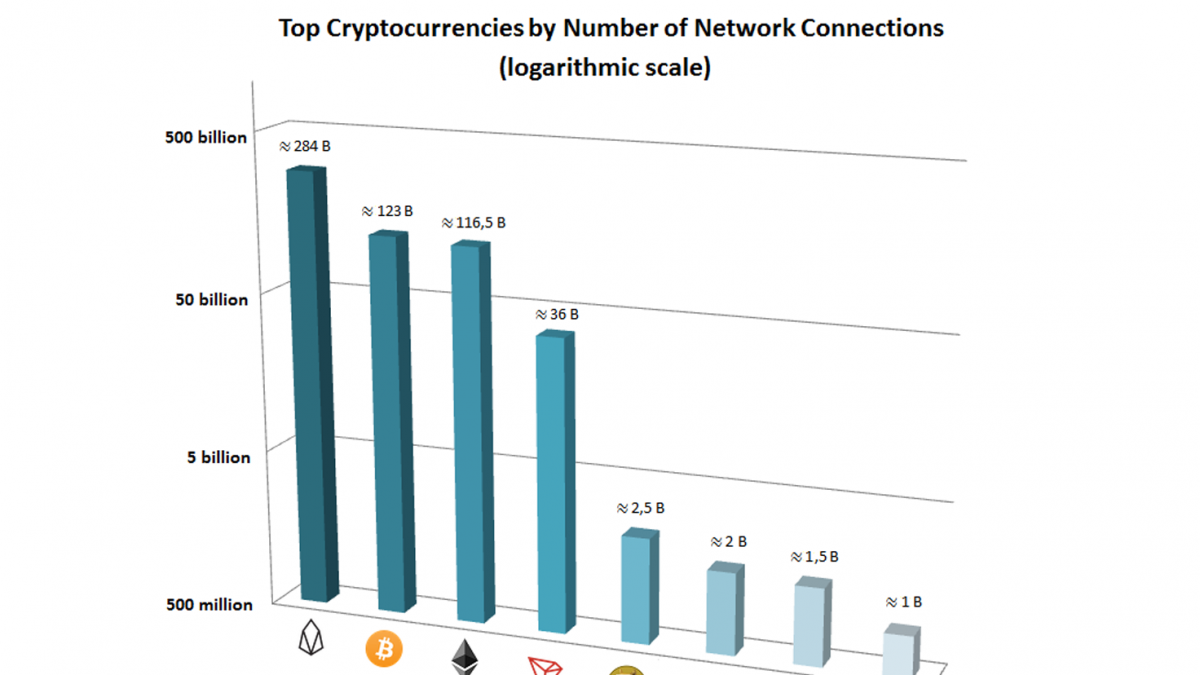 EOS was founded by the CEO of Block.one, Brendan Blumer, and the programmer Daniel Larimer, who is also one of the co-founders of Steemit. Despite the network’s comparatively young age―it came out only this year―and an avalanche of criticism from its archnemesis Ethereum, EOS is currently the seventh cryptocurrency in the world by market cap. To top it off, now EOS is also starting to approach 300 billion in network connections, the present number being 284 165 661 984, which makes EOS the most developed network in the world by this standard, no less.

Despite the ongoing crisis which saw Bitcoin’s price drop by almost 50% in relation to its value from 3 months ago, the first crypto coin to have ever come out still to this day remains the first crypto coin by market cap, as well as price. In addition, Bitcoin’s computational power has been recently revealed to be as strong as ever with 47 quintillion 256-character hashes every single second. On this list, too, the network is baring its digital teeth with over 123 billion network connections, 123 102 796 362 to be exact, putting Bitcoin at our number two.

Vitalik Buterin’s creation was born as Ethereum Switzerland GmbH back in 2014 in the region of Central Switzerland, now commonly known as Crypto Valley. One of the most sought-after cryptocurrencies today and the third one in the world by market cap―courtesy of XRP’s sudden overtake from a month ago―Ethereum is also third on our list by the number of network connections: it has close to 116.5 billion of them,116 313 334 020 to be precise.

TRON was launched by Justin Sun in 2017 through Singapore based non-profit organization The Tron Foundation after its founder, a native of China, moved to the US to further his knowledge and expand business opportunities. Now based in San Francisco, Justin has led his fintech company, which also consists of a decentralized exchange, to become the tenth in the world by market cap. Concurrently, TRON is fourth on our list of network connections with over 35 billion of them, 36 133 988 865 to be more exact.

Dogecoin, a crypto platform with its digital currency of the same name, was established five years ago, in December 2013. With its as unusual as it is adorable logo depicting a Shiba Inu dog from Japan―which became a widespread Internet meme in the months preceding the network’s launch―Dogecoin is the twentieth altcoin in the world by market cap today, based on stats at the time of writing. Although it cannot compete with some other networks’ capacities on this list, Dogecoin is at our respectable number five with almost 2.5 billion network connections, 2 351 728 353 to be precise.

Ripple with its altcoin XRP is the second biggest crypto company in the world by market cap in spite of its seemingly low price of 30 US cents a pop. Initially developed in 2004 by Ryan Fugger from Vancouver, Canada, and subsequently launched in 2012 by Chris Larsen and Jed McCaleb, who is now with Stellar, the platform has a head office in San Francisco, California. Due to how the network is built, e.g. no mining is allowed, Ripple has under 2 billion network connections, 1 661 088 496 to be exact, our number six, which is clearly proving to be sufficient enough to stay among the market leaders.

Litecoin was the second major crypto coin after Bitcoin to have ever been launched, a feat successfully achieved in 2011 by Charlie Lee, a former Google employee and senior engineer at Coinbase. The ninth cryptocurrency in the world by market cap as of right now, Litecoin has over 1.5 billion network connections, more specifically 1 553 637 325, giving this platform the penultimate spot on our list. Incidentally, for those interested in bureaucratic details, The Litecoin Foundation is listed as a registered entity in Singapore.

And finally, the last position on our list is held by Ethereum Classic, a network which is currently at number seventeen in the world by market cap. As the name implies, Ethereum Classic has the same roots as Ethereum; however, after a scandalous 2016 fork following a theft of 3.6 million Ether from venture capital fund The DAO, a decision was made to split the company into two. Those who wanted to improve the algorithm, including Buterin, formed Ethereum; those who dug their heels in and stood pat in the face of progress became Ethereum Classic. Now, the latter has just under 1 billion network connections, 921 664 623 to be precise, over 116 times fewer than Ethereum has today.

Related
Bitcoin Not Going Anywhere: Its Computing Power as Awesome as Ever
#Bitcoin