Bitcoin Not Going Anywhere: Its Computing Power as Awesome as Ever

Alexander Goborov
While some may claim that Bitcoin’s reign is over, here we explain why it cannot possibly be the case 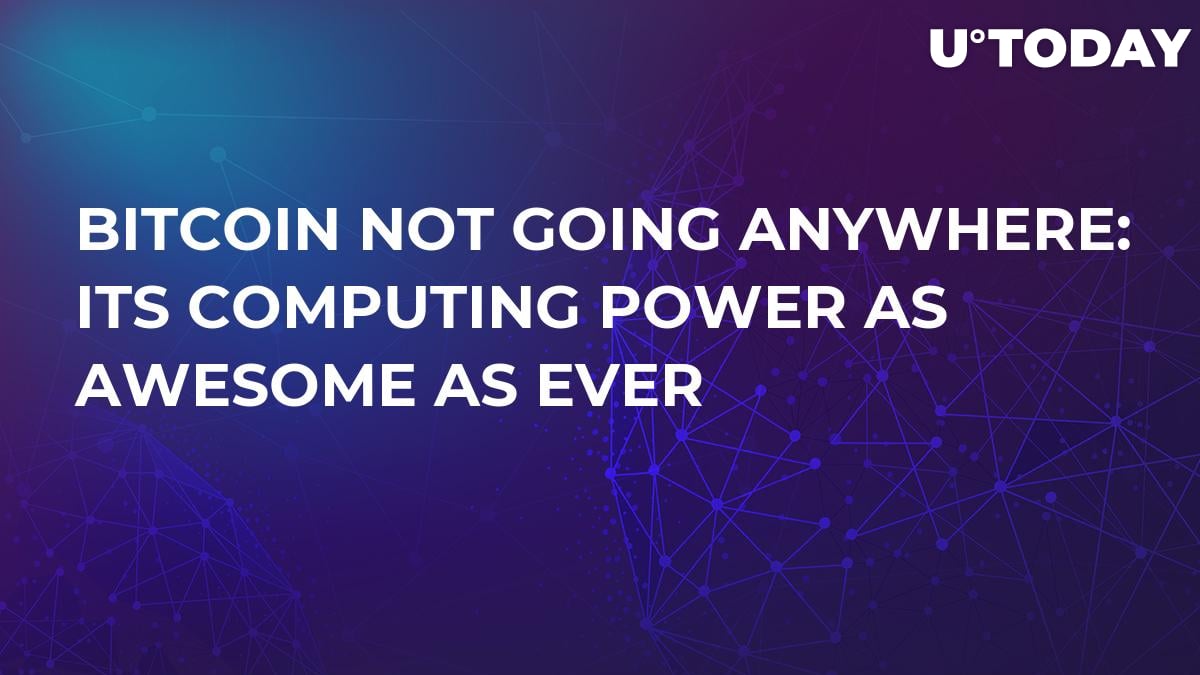 Bitcoin’s price is now at around 4000 USD, the lowest figure in over a year, showing a sharp decline of 1500 USD only in the last three weeks. Some claim this is Bitcoin’s finale at last. They are dead wrong. And here is why.

What must be made clear is that Bitcoin is a cryptocurrency, but more importantly, it is also a Blockchain. What’s the difference, some may ask? Well, a substantial one, in fact. While one (i.e. a crypto coin) depends on the other one (i.e. a Blockchain) for its very existence, they are not the same, and one does not necessarily imply the other.

Some companies might have their own Blockchain platforms but not have their own cryptocurrencies as such. Take Tether, for example, which is the eighth biggest cryptocurrency in the world by market cap and the second most traded one after Bitcoin. While Tether, indeed, has its own Blockchain, technically speaking, it lacks an own crypto coin in a true sense of the word, as its token USDT is a stablecoin pegged against the US dollar, which gives it a fixed value.

So, in actuality, while Tether is the biggest player on Bitfinex for all crypto to fiat exchanges, and it uses its own Blockchain to execute business, at the same time it relies not on its Blockchain but rather on the US Department of the Treasury and the Federal Reserve to provide value for its token. It is, therefore, a major Blockchain player with a hypothetical digitalized fiat currency.

In contrast, take Maker, for example, whose digital currency is the second most valuable currency in the world today after Bitcoin in terms of price. Apart from also having a USD-pegged stablecoin Dai in order to fight off volatility, Maker’s main crypto unit is its altcoin MKR, which is an independent cryptocurrency in its own right, and an expensive one at that. Be that as it may, Maker doesn’t have its own Blockchain: it is using Ethereum’s. The same goes for Electrify.Asia and its token. So, there are plenty of companies with their own cryptocurrencies that have no Blockchains of their own.

Now that we’ve made it clear that Blockchain and cryptocurrency are not one and the same, let’s look at Bitcoin again. While its current price is down, its Blockchain is as strong as ever. In other words, Bitcoin the crypto coin may be in decline, but Bitcoin the network is doing just fine. How fine exactly shows the graph below: 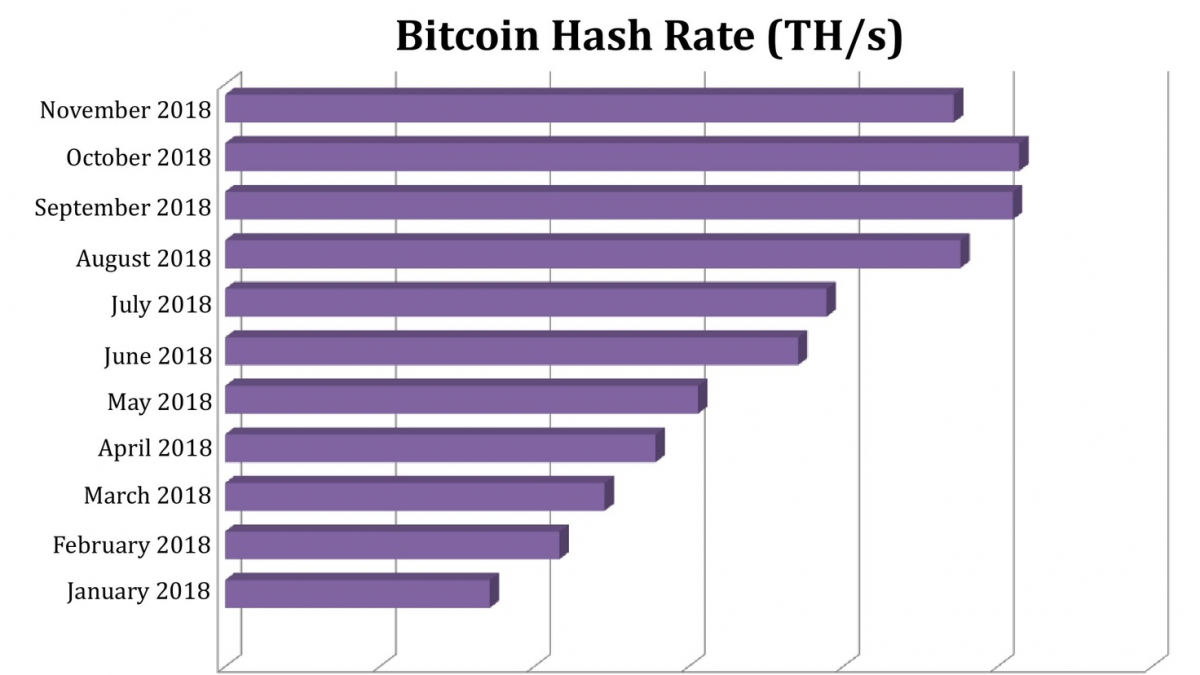 In order to move external data onto a Blockchain and form blocks, cryptographic hashing is used. It is a computational process of converting information into an arbitrary 256 character output, with one single output being equal to one hash. TH/s refers to one trillion such hashes per each second of computation. And as the graph reveals, Bitcoin’s average for this month is around 47 million trillion or 47 quintillion hashes. This is the number:

This is a staggering figure by any standard. Bitcoin’s Blockchain is extraordinarily powerful, undoubtedly so. Yes, there is a drop from September’s and October’s averages, which were roughly 51 quintillion hashes per second. But Bitcoin’s hash rate today is as good as the one from this August; in fact, it is three times higher than the figure from this January when Bitcoin’s price, let’s not forget, was more or less at its all time highest. So, right now the price is down… but the power is way up.

To make things even more straightforward, let’s use a simple analogy. A Blockchain can be considered a stadium where a game is played, whereas a cryptocurrency is the actual game. This game can be a game of football (coin A) or rugby (coin B) or, say, polo (coin C) or anything else athletically appropriate, and it can be played on any stadium whose size and specs fit, i.e. on any suitable Blockchain.

Likewise, a stadium can have its own team playing a game on it (own cryptocurrency), or it can be rented out to other teams for their games (e.g. external tokens on Ethereum), or there might be a game with the constant score of 1:1, such as with stablecoins… or there might even be no active game at all, in theory.

The main point here is this: Bitcoin’s game may be down at present as its team is going through some rough times due to injuries and whatnot. However, most certainly, its stadium is a humongous architectural marvel. Granted, never say never, but, in all likelihood, this gargantuan structure is not going to be demolished any time soon. Bitcoin with its vast digital infrastructure is here to stay.