Alexander Goborov
EOS and Ethereum are continuously at loggerheads: here we attempt to deduce why 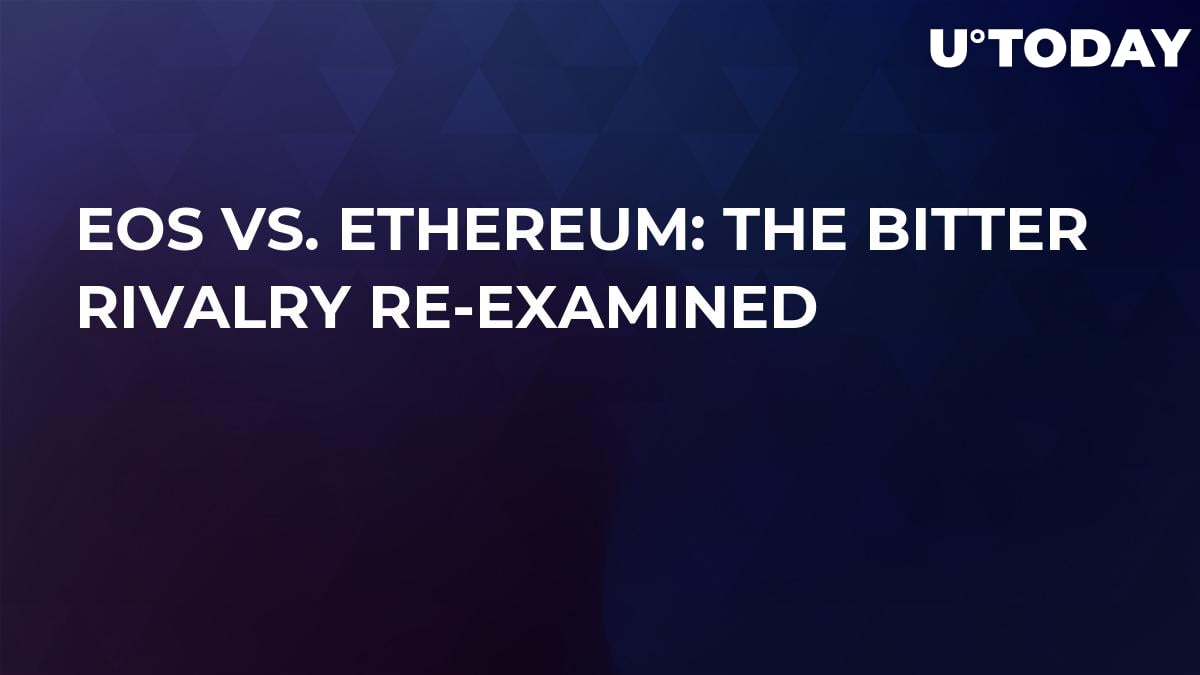 Ethereum and EOS just don’t seem to be on the same page and agree on most things crypto, apart from unanimously declaring that the Blockchain itself is our virtual future. Of late, there have been scandals and accusations, but where is this all coming from? Is there more that meets the eye? Turns out yes, there is.

A Bit of History

Importantly, one of EOS’s founders, Daniel Larimer (the other being Brendan Blumer of Block.one), already possessed a substantial amount of crypto experience as he had previously founded both the Steem Blockchain, along with its native coin of the same name, and Steemit, the corresponding social networking platform, back in 2016.

What some may not remember is that EOS actually started out as an Ethereum Blockchain-based ERC-20 token company. Similarly to how, say, Electrify.Asia are conducting their business at present, EOS used Ethereum—having gathered around one billion USD from token sales—to gain the necessary momentum before they launched their very own EOS Blockchain.

This means two things. One is that Ethereum was used as a crypto springboard of a sort whose services were let go of when they became redundant. And two, Larimer and Blumer were savvy or even devious enough to use not the Steem Blockchain, ready at hand, but the more powerful one by Ethereum, though it belonged to a different camp. Today, EOS has both its own Blockchain platform / EOS altcoin and its own working EOSIO token with a similar purpose to ERC-20. So yes, it is possible that Ethereum views EOS as a younger neighbor from across the street who has now suddenly started playing on the same team with the big kids… and winning, too.

The Punches Being Thrown

While both networks are solid, both have their drawbacks of course. The EOS team has been fairly vocal in pointing out or at least hinting at Ethereum’s technological problems and problems-to-be. For instance, traffic congestion for Ethereum is not that unusual with some reports of longer confirmation times having been publicly voiced already. Another one of Ethereum’s problems, which is, in fact, the cause of the first one, is scalability: because of how the platform is modelled, expanding it is bound to create all sorts of jams and delays, and, crucially, not let the network grow properly beyond a certain point. This dilemma is said to be noticeably less pronounced on the EOS Blockchain because of how the latter one is built.

Also, unlike Ethereum that charges its participants fees in the form of “gas”, EOS charges its users nothing whatever. Instead, the network asks for some power and bandwidth in exchange, which are proportional to the resources required to undertake that particular action on the platform. This was also publicly noted by those who side with EOS.

It didn’t take much time for the Ethereum team to return the favor which culminated in a serious accusation this past summer from Ethereum’s DApp developers, among them Justo. Conveniently enough, this accusation also single-handedly explained why Ethereum’s network was getting congested and gas prices were jumping up and down:

“Myself, and many other high profile Ethereum application developers made a prediction that EOS would, in all likelihood, attempt to attack the Ethereum network gas prices to validate the launch of their platform.”

And further, after it had allegedly happened, in response to how one can be sure it was indeed EOS:

“EOS has been attacking the network on and off every time something they do doesn’t run properly… It started one month running up to the mainnet release. It was predictable and very clearly orchestrated… Follow the wallets. If you don’t think EOS is doing it, then who has 2 million dollars a day to attack Ethereum, and also owns EOS tokens?”

Daniel Larimer’s cold and succinct response can be seen below: 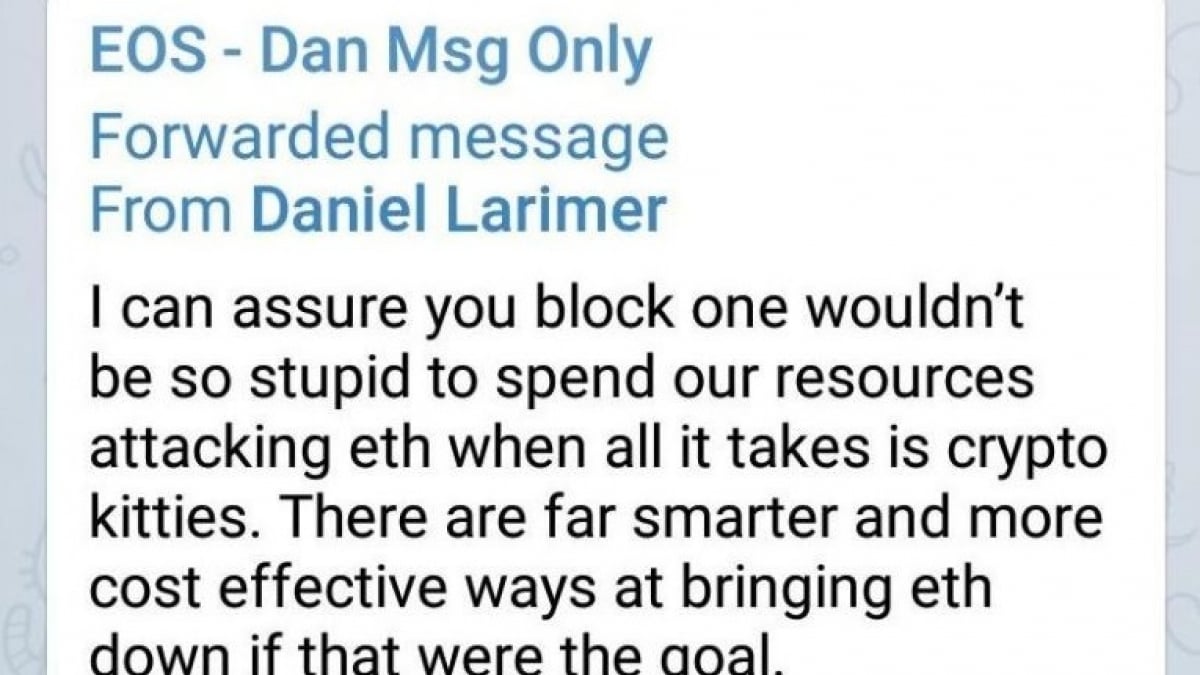 The Most Recent Scandal

Earlier this week, Ethereum went a step further and plainly accused EOS of not being a Blockchain company altogether, a claim of immodest proportions. A research study conducted by the Ethereum-funded company ConsenSys and its partner Whiteblock concluded that EOS had been built using a model which is profoundly different from the universal standards of today’s Blockchain technology. Whiteblock’s CTO (Chief Technology Officer), Zak Cole, who is also one of the published report’s authors, proclaimed:

“EOS token and RAM market is essentially a cloud service where the network provides promises for computational resources in a black box for users to access via credits. There is no mechanism for accountability due to the lack of transparency on what block producers are able to create in terms of computational power.”

This has resulted in a heated discussion on Reddit with many users taking a stand in support of either of the two companies.

The rivalry now seems like the result of bad blood right from the very beginning. Predicting what is going to happen next is difficult, but most likely things are only going to get more wound up. The market is ultra competitive and billions of dollars are up for grabs. On the plus side, perhaps a by-product of this rather nasty exchange will bring the users better and cheaper technology; after all, as the late Henry Ford once said, “competition is the keen cutting edge of business, always shaving away at costs”.