Denys Serhiichuk
Can Bitcoin (BTC) follow the growth of Ethereum (ETH) and XRP? 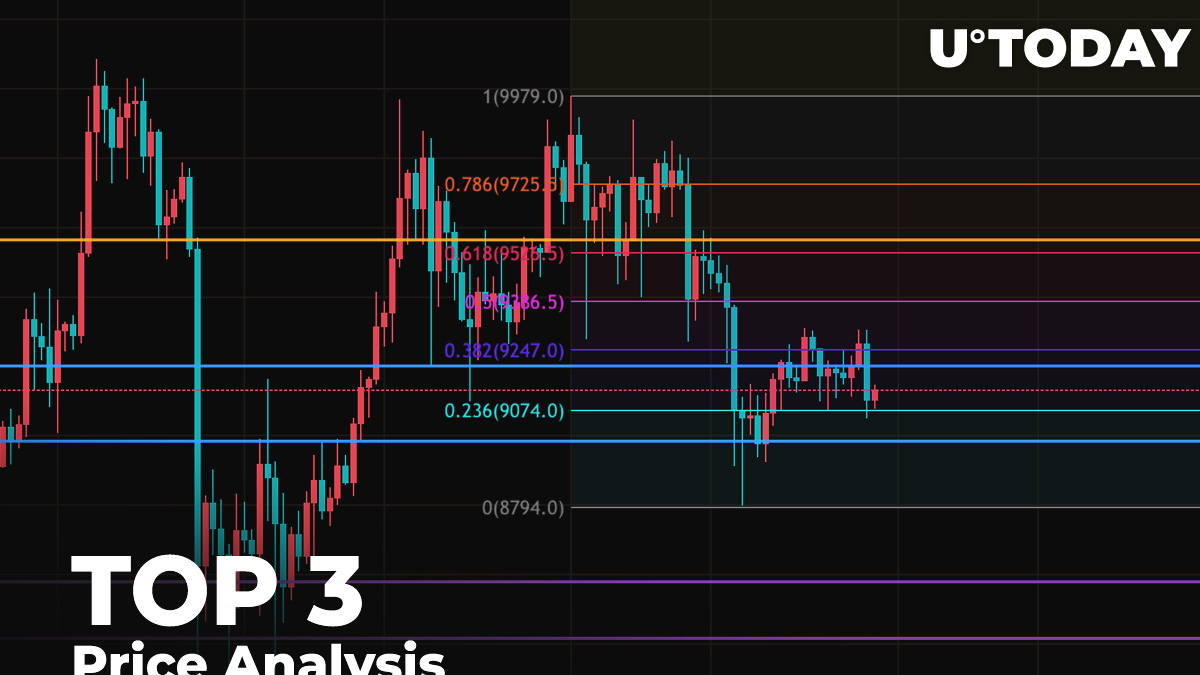 On Sunday, May 24, the majority of the top 10 coins were in the green. The only exception was Bitcoin SV (BSV), whose rate has dropped by 0.02% since yesterday.

Below is the vital information for Bitcoin (BTC), Ethereum ETH), and XRP:

Bitcoin (BTC) tried to fix itself above $9,300; however, it failed to make that mark. This confirmed the lack of strength that the bulls have to push the rate back to $10,000. The price of the chief coin declined by 5%.

Looking at the daily chart, Bitcoin (BTC) is struggling to trade above $9,000. The current situation could be considered a bounce back before its continued decline.

The trading volume has also decreased, and based on the Visible Range indicator, there is no interested buyers. All in all, the next stop is the 23.6% ($8,565) level of the Fibonacci retracement. This might be attained next week if buyers cannot fix the price above $9,400.

While Bitcoin (BTC) is trading sideways, Ethereum (ETH) is delivering profit to its holders. The rate of the main altcoin has increased by 0.5% since yesterday.

Although Ethereum (ETH) is slightly up at the moment, its short-term scenario is bearish. Its growth is not supported by the trading volume. Thus, one might see falling heights, which will show the absence of strength by buyers to retest the previous levels. Moreover, there is a bearish divergence on the Relative Strength Index (RSI) indicator. In this particular case, the more likely scenario will be updating ETH's nearest support zone around the $175 mark.

With Bitcoin (BTC) continuing to trade sideways as most of the other coins, XRP had its chance. The price of the coin has gone up by only 0.19% and has decreased by 1.87% since last week.

Looking at the daily time frame, XRP is trading within a Triangle pattern. There is a false breakout as the coin could not fix above the crucial $0.20 mark. What is more, the buying volume remains relatively stagnant, which shows the unwillingness of buyers to retest the level. In this regard, the nearest zone where the bulls may show their strength is at $0.1795.