Yuri Molchan
Earlier today, the second biggest cryptocurrency tapped the $735 mark, but later on it slipped and is now trading near the $730 area; here's why ETH keeps rising 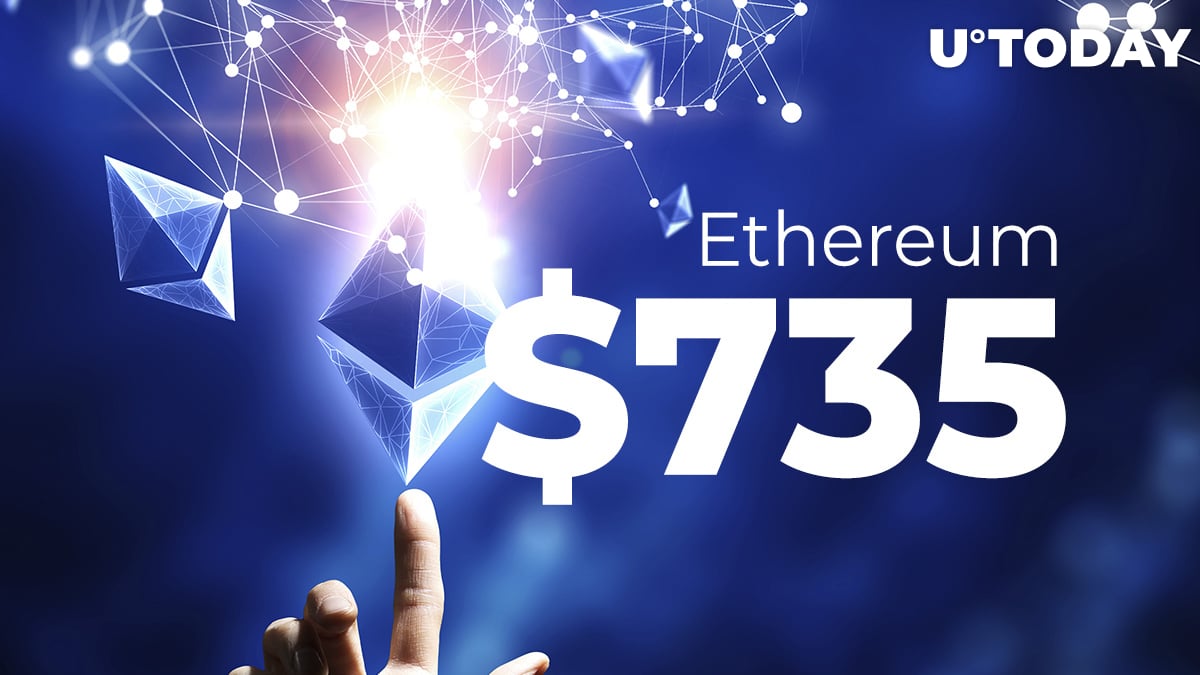 After hanging near that price mark for a while, ETH declined and is now trying to recapture that level. On Sunday, Dec. 27, ETH breached $700.

At press time, Ethereum is changing hands at $722, as per figures from CoinMarketCap.

Below are the most likely primary reasons behind Ethereum's growth.

The three major factors behind Ethereum's market rise have to do with its utility and plans to launch an ETH-based institutional product that has been recently announced.

On Dec. 1, the zero phase of Ethereum 2.0 was launched after enough ETH was raised from potential validators. The initial target of 524,288 ETH to be locked in the smart contract for staking was met, and users continue to send in their Ethers.

According to data from Dune Analytics, by now there are $1.2 billion in Ether locked in the contract.

Another reason dates to before 2020 arrived: decentralized finance, or simply DeFi.

However, some of these projects, such as YAM, have also seen failures following major interest rise in them from investors.

Besides, several DeFi apps have fallen victim to hackers this year, losing large amounts of their users' ETH.

Related
Ethereum Breaks Above $700 First Time Since May 2018

The same platform was the first to launch Bitcoin futures in December 2017, thus opening the way for institutional players to obtain "digital gold."

According to top CME executive Tim McCourt, the decision to release ETH futures was based on rapid growth in the markets of BTC futures and options.

Ethereum is the second-largest cryptocurrency by both market capitalization and daily volume. The introduction of listed Ether futures to our time-tested, regulated CME Group derivatives marketplace will help to create a forward curve so Ethereum market participants can better manage price risk.

Another likely reason for the ETH growth is the continuing BTC rally. Over the weekend, the largest cryptocurrency managed to rise from below $25,000 to show a brief increase above the $28,000 mark and then rolled back to hold above $26,000.

Further, the third major currency, XRP, has been under fire for the past week after U.S. regulator SEC filed a lawsuit against Ripple, accusing it of selling XRP as an unregistered security for the past eight years and making over a billion USD on those sales.

Ripple cofounder Chris Larsen and CEO Brad Garlinghouse have also been charged by the regulator.

These two factors are likely to have played their part in pushing ETH up too.