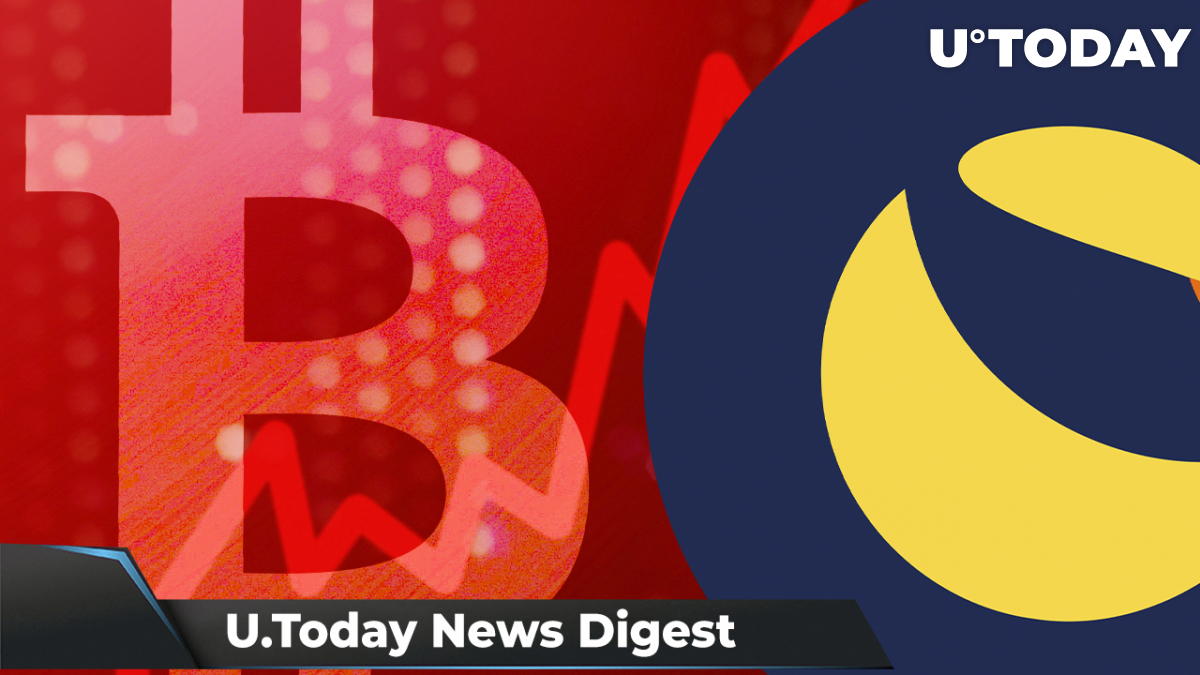 Yesterday, Terra’s LUNA dropped to lows of $23.50 on the Binance exchange, but that was only the beginning for the embattled cryptocurrency. Over the past 24 hours, LUNA lost an unbelievable 91.81% of its value, nosediving to $2.60, per CoinMarketCap data. In addition to that, the flagship UST stablecoin plunged to an all-time low of $0.68 yesterday. At press time, it is changing hands at $0.52, down 42.43%. Luna Foundation Guard tried to deploy its vast Bitcoin reserves to restore the stability of UST, but that didn’t work. As it turned out, LFG’s Bitcoin reserves were not enough to help UST restore its dollar peg.

IntoTheBlock analytics service detected increased SHIB whales activity yesterday, with large transactions spiking by an astonishing 261%. However, despite a 25% surge in the SHIB price the day before, the meme coin now finds itself in a sea of red among other digital assets affected by the crypto market crash. Per CoinMarketCap data, Shiba Inu is down 16.19% over the past 24 hours, trading at $0.00001387.

El Salvador made $1 million on BTC trading in 11 hours

In a tweet yesterday, El Salvador president Nayib Bukele showed off a successful deal in which he acquired 500 BTC at approximately $30,000 on May 9. He stated that his country’s profit comprised $1 million only 11 hours after the purchase. But Bukele’s bragging was soon overshadowed by some commentators, who reminded him that El Salvador is currently down by approximately $20 million since its average Bitcoin entry was around $45,000.

As previously covered by U.Today, Salvadorans are hesitant to switch to Bitcoin and use the heavily promoted Chivo wallet; 60% of the country's citizens dropped the Chivo wallet after receiving a free $30 worth.

Terra and its cofounder, Do Kwon, came under fire following the collapse of UST as the algorithmic stablecoin suffered a free fall to lows of $0.61 on May 10 after losing its peg. Terra's native asset, LUNA, also declined by more than 50%, affected by negative sentiment among Terra holders after the incident. Charles Hoskinson, founder of Cardano, rushed to comment on the matter, saying that markets are defined best under stress. He also added that “the long term will always eat the daily drama and volatility.”