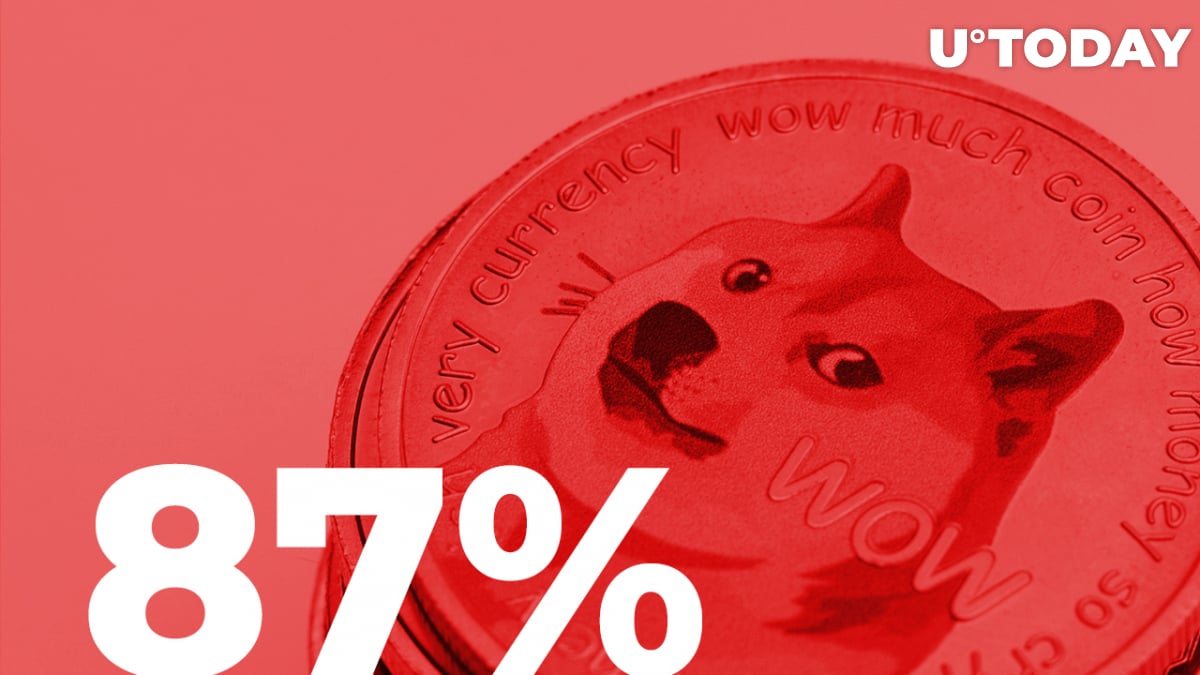 One year ago, on May 8, Dogecoin reached an all-time high of $0.7376 after Elon Musk pumped it during his debut on Saturday Night Live (SNL). Now, the meme coin is down roughly 87% from that historic peak.

Chief executive and founder of Compound Capital Advisors, Charlie Bilello, has reminded the community about this in his recent tweet.

Dogecoin: -87% from the Musk SNL peak one year ago.$DOGE pic.twitter.com/moA7lu5cLV

Prior to Musk hosting the famous American TV show, his favorite crypto asset, Dogecoin, was trading at $0.3. The Tesla boss mentioning this coin (as well as Bitcoin and Ethereum) on SNL pushed the DOGE price up to $0.73.

DOGE's market cap soared to $93 billion on that day, gaining more than $10 billion within just 24 hours; this was equal to BTC market capitalization two years prior to that.

During the show, Musk called Dogecoin an "unstoppable financial vehicle that is going to take over the world."

He also mentioned that DOGE began as a joke, a parody on Bitcoin, in 2013, but now "it's taking off in a real way." Prior to his TV appearance, the Tesla chief jokingly called himself "Dogefather" on Twitter, when announcing his upcoming debut on SNL.

Dogecoin down 87% despite wide adoption

After that, the coin went down, reaching a low of $0.1 in late June and managing to get back to local highs of $0.3 in August and October 2021. Elon Musk's frequent tweets about DOGE, like the one where he called the coin the "people's currency," managed to push the price up but not for long.

Aside from that, later in 2021, many businesses and vendors started accepting Dogecoin for their goods and services. Part of them happened this year. Among the businesses that adopted DOGE are the U.S. movie theater chain AMC, Gucci, Porsche dealer Porsche Towson and global investment company Jamestown focused on real estate.

Besides, DOGE is used as a payment method by the online store of the Dallas Mavericks, a professional basketball team owned by billionaire and investor Mark Cuban.