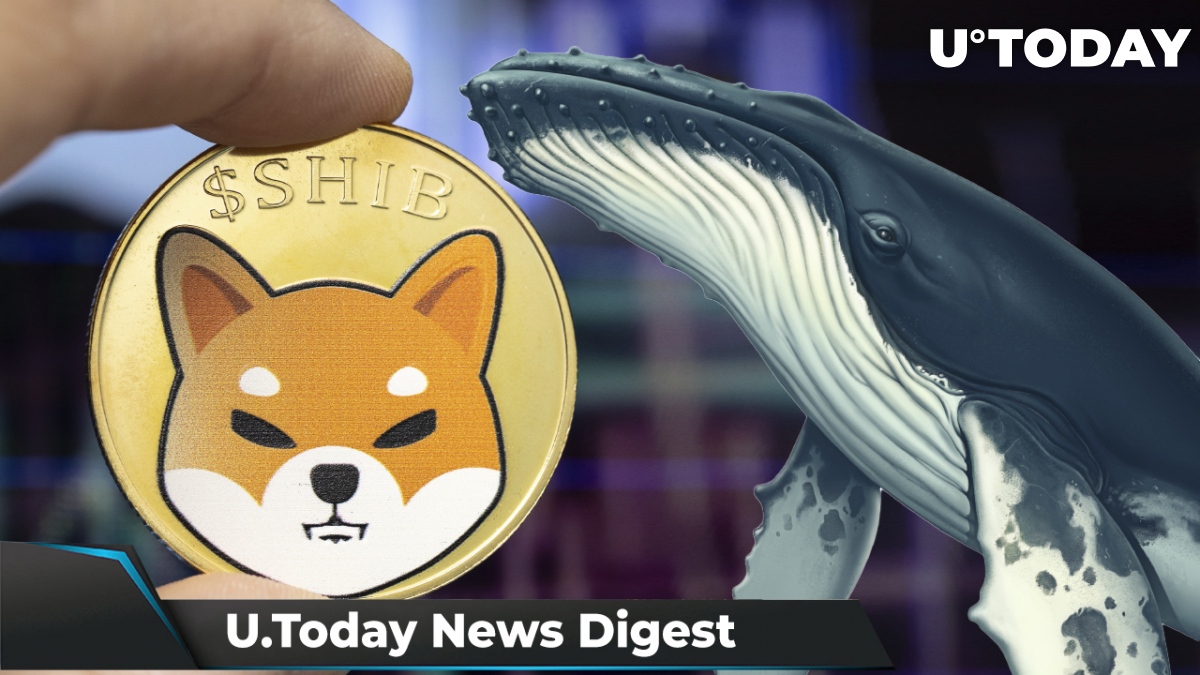 With crypto trends changing every day, U.Today helps you keep an eye on the latest updates in the industry. Here are the top four news stories over the past day.

Yesterday, Bitstamp, the largest European exchange by trading volume, added Shiba Inu to its list of supported coins. While deposits and withdrawals have been open since the announcement, SHIB trading started today, Dec. 9, at 8:00 a.m. UTC. Apart from Shiba Inu, Perpetual Protocol (PERP), dYdX (DYDX) and Gala (GALA) have also been added to Bitstamp. As reported by U.Today, Bitstamp also listed Cardano (ADA) in late November.

With Polygon remaining a top choice among large investors, WhaleStats data shows that two of the largest 1,000 Ethereum wallets purchased 900,000 and 999,990 MATIC tokens. This affected the price of the asset: on Dec. 7, MATIC surged from $1.62 to $2.52, gaining nearly 55%. At the moment, Polygon's native token sits in 14th place on CoinMarketCap, with a market cap of $16.1 billion.

As reported by U.Today on Wednesday, Shiba Inu Games teamed up with Australia’s largest video game developer, PlaySide Studios. Over the next eight months, they will be working on the development of a new game based on the “Shiboshi” NFT collection. PlaySide CEO Gerry Sakkas commented that this is an ideal opportunity for his company to explore crypto and NFTs and collaborate in this field. The game is expected to be rolled out in early 2023.

On Monday, Dec. 6, a new SHIB whale was reported to appear on the crypto market. According to data by WhaleStats, this large market player has purchased a jaw-dropping 3.2 trillion SHIB tokens. The purchase was made in three transactions: the first one, carrying 3.15 Shiba Inu tokens, appeared on the blockchain three days ago, followed by two transactions of 84.7 billion SHIB ($3,233,066) and 8 billion SHIB ($275,776).

However, today, this large transaction worth approximately $125 million turned out to have been made by "Squid Game" GameFi project scammers that stole investors' funds and disappeared.