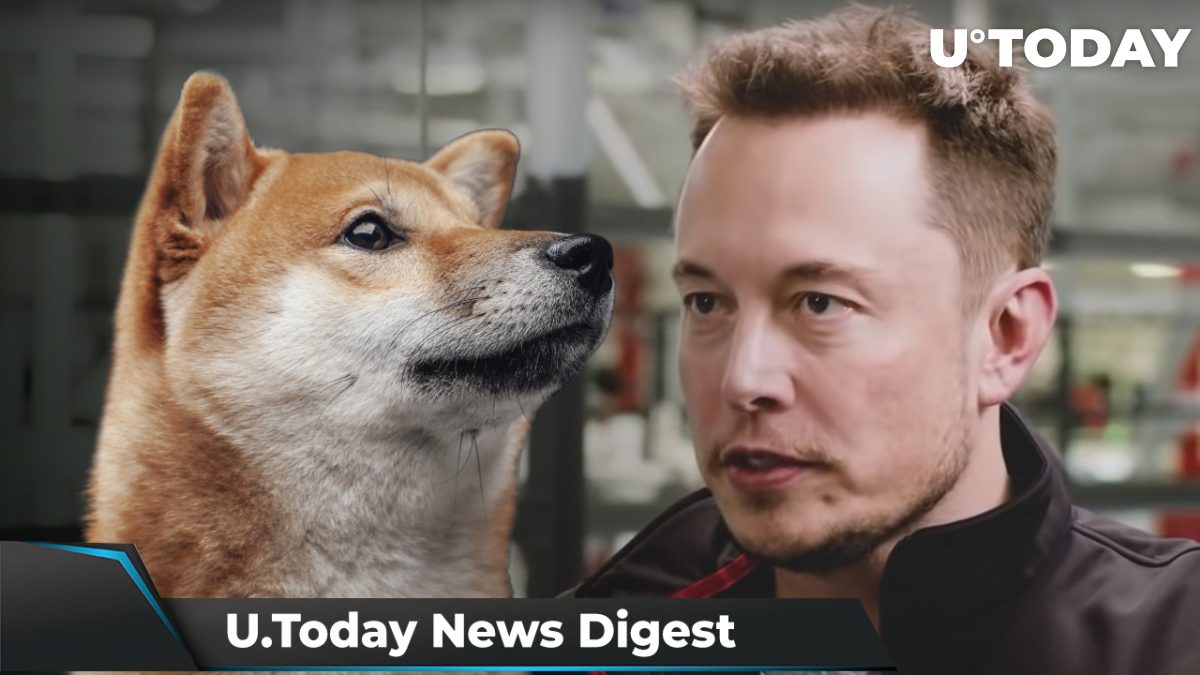 U.Today presents the top four crypto news stories over the past day.

Shiba Inu to be listed on India’s CoinDCX Go app

CoinDCX, Indian cryptocurrency exchange, becomes the latest major trading platform to embrace Shiba Inu. According to the announcement on CoinDCX’s official Twitter account, it plans to list SHIB today, Nov. 12. Prior to that, SHIB was available on the platform in a trade-only mode on professionally oriented CoinDCX Pro.

Crypto is now banned for Muslims, according to Indonesian Religious Council

According to the Indonesian Religious Council, all operations with cryptocurrencies are now deemed haram, or banned, for Muslims. What makes the use of crypto by Muslims questionable is its ability to show a clear benefit, which is why it is strictly prohibited by Sharia. However, the decision of the council does not necessarily mean that trading in the country stops now. The final word on the status of financial operations with digital currencies will be determined by the finance ministry.

The Elonomics (ELONOM) meme coin has recently experienced pretty volatile market movements. On Monday, Nov. 8, ELONOM was changing hands at $3.49, when 20 minutes later it spiked to more than $77, demonstrating a 21x increase. Then, within five hours, it plunged and remained in the high $20s for more than one day. The coin edged up 28% to just over $38 per token at 12:04 a.m. Thursday morning, only to lose 95% of its value in six minutes, dropping to $1.83.

What makes this price action puzzling is that ELONOM is an elastic supply token, which is supposed to smooth out volatility. However, the algorithm may still be in development, which explains these visceral overcorrections.

140 million worth of XRP moved between whales

Yesterday, the Whale Alert team reported on anonymous wallets transferring more than $70 million worth of XRP amongst each other. One minute later, the wallet ending with "KsTqv" once again transferred a little bit more than $70 million worth of XRP. The total USD equivalent of XRP transferred from "KsTqv" totaled $147.7 million. Since no transfers worth $140 million or $70 million have been made recently, the person making large transactions allegedly had no intention of selling them unless it was an OTC trade.

This made the price of XRP grow 3.5% after Wednesday's 11.6% retrace from the local top.