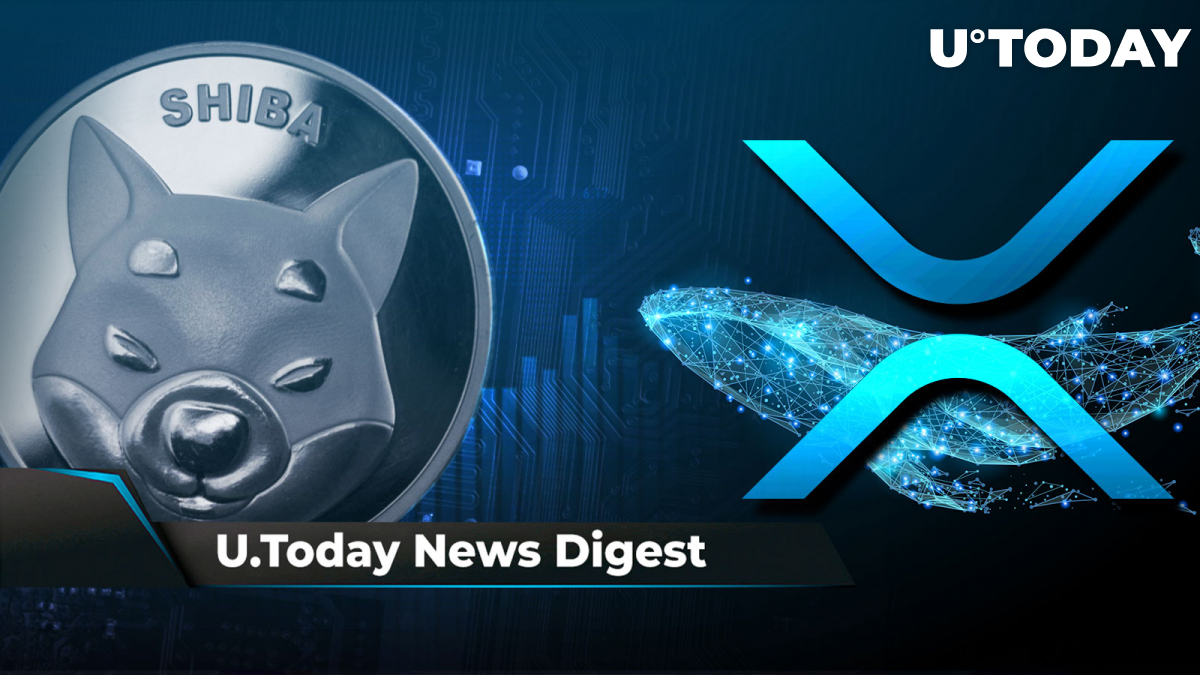 Take a look at what happened in the world of crypto by reading U.Today’s top four news stories.

According to a recent tweet by Welly’s co-founder Stefano Gugl, the SHIB-themed burger joint is looking for partners or investors to open a new store in Dubai, the second largest Arab economy. Gugl called the potential initiative a "game-changing fast food venture," adding that the management of the store would be taken care of by the Welly team. The co-founder also emphasized that this would not be a franchise but an opportunity to open a new store together under a new company.

"If SHIB gets to $0.01," David Gokhshtein might take this action

David Gokhshtein, founder of Gokhshtein Media and SHIB supporter, has once again urged the canine meme coin to hit the $0.01 level. If SHIB manages to do it, Gokhshtein wrote in his recent tweet, he can delete his Twitter account. Back in December 2022, as reported by U.Today, the founder of Gokhshtein Media tweeted that as soon as SHIB “hits a penny,” he “will be out,” implying that he would sell his assets to make profits. So, by talking about deleting his Twitter account, Gokhshtein might be hinting at the same intentions. At the moment of writing, SHIB is trading at $0.000012, per CoinMarketCap.

Yesterday, XRP, the sixth largest cryptocurrency, saw its price spike by 4%. The reason behind XRP’s increase is the recent growth of Bitcoin, which managed to briefly break above the $23,000 level over the weekend. Meanwhile, data provided by Whale Alert crypto tracker shows that yesterday, large wallets moved 48,700,000; 34,000,000 and 32,000,000 XRP. In addition to this, 221,500,000 XRP tokens were moved between “unknown” wallets. Per Bithomp, those 221.5 million XRP were shoveled from a Binance-linked wallet linked to the Bittrex platform.

According to a chart shared by pseudonymous crypto analyst @rektcapital, Dogecoin is now moving within the Falling Edge pattern and attempting to break out of it. The Falling Wedge is one of the reverse patterns, and it frequently causes an asset’s price to increase when it appears. In the meantime, according to WhaleStats on-chain data tracker, Dogecoin has appeared on the top 10 list of most-purchased cryptocurrencies for Binance Smart Chain wallets during the previous 24 hours. DOGE is currently trading at $0.08846.