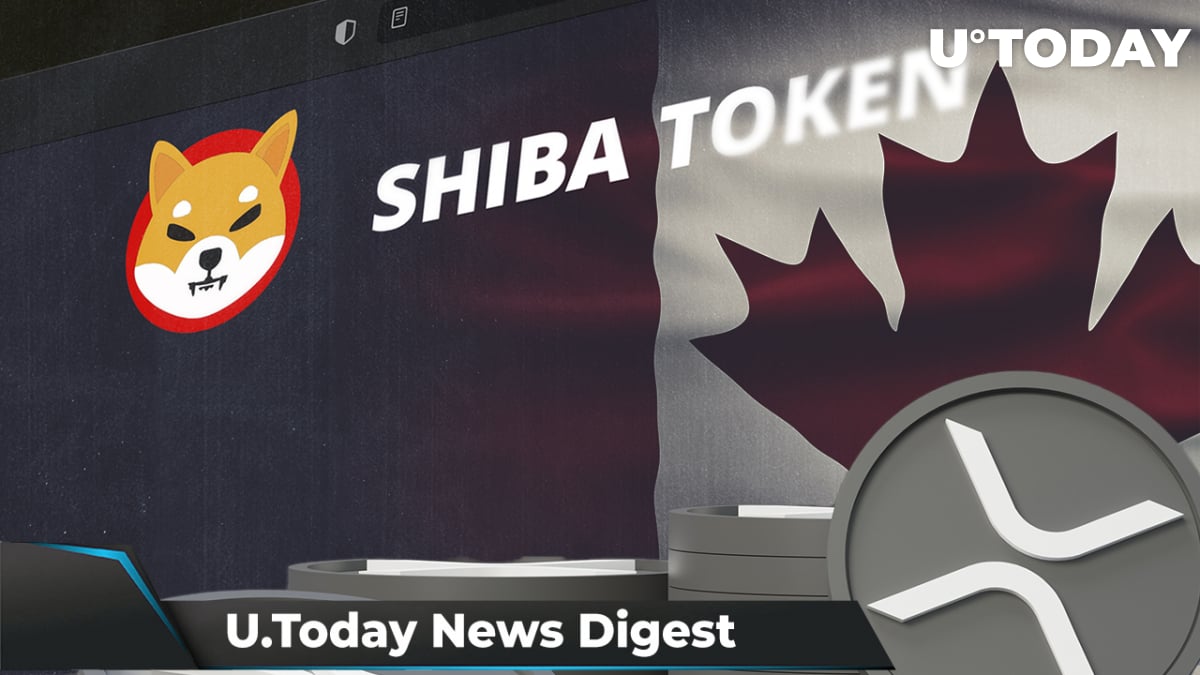 Don’t miss any events in the crypto industry with the top four news stories over the past weekend presented to you by U.Today.

Thanks to a partnership with philanthropic startup The Giving Block, The Glenrose Rehabilitation Hospital Foundation started accepting donations in several cryptocurrencies, including Shiba Inu. Taking this step seems logical to GRHF CEO Mark Korthuis since the organization is focused on technology and research. Korthuis predicts that cryptocurrencies will end up playing “a more significant role” in the world.

Making donations in crypto is easy: one only needs to create a new account on the Giving Block website and select a certain cryptocurrency from a drop-down menu.

XRP value increases by 10% amid new developments in Ripple lawsuit

On Saturday, to the great delight of XRP enthusiasts, the Ripple-affiliated coin saw a 10% rise, according to CoinMarketCap data. The reason for the upsurge is attributed to rising investor optimism amid the latest updates in the SEC lawsuit, as well as to an overall crypto market recovery. Meanwhile, according to James K. Filan, Ripple and the individual defendants have filed their opposition to the SEC's Motion for Partial Reconsideration and Clarification of Judge Netburn's DPP Ruling. Attorney Jeremy Hogan believes Ripple's recent move might be ''the hardest hitting brief'' on the SEC.

According to DeFiLIama, the capitalization of DeFi products on the Cardano network skyrocketed after the full release of the SundaeSwap platform. Cardano has also seen a rapid increase in total value locked (TVL) from approximately $70 million to $117 million. The increased usage of the network has positively affected ADA as it managed to bounce from the local bottom and even reach the $1 resistance point. As of now, ADA is trading at $0.88, according to CoinMarketCap.

As announced by DogeWhaleAlert Twitter account on Saturday, Robinhood is currently holding an eye-popping 42.4 billion DOGE worth $5.4 billion, which comprises almost 32% of the total supply in circulation. The platform stores Dogecoin on two wallets, using eight addresses.

The same account has also reported that a couple of days ago, anonymous whales moved more than 800 million DOGE in three large transactions. One lump carried 400 million DOGE, and the other two moved roughly 205 million DOGE each.