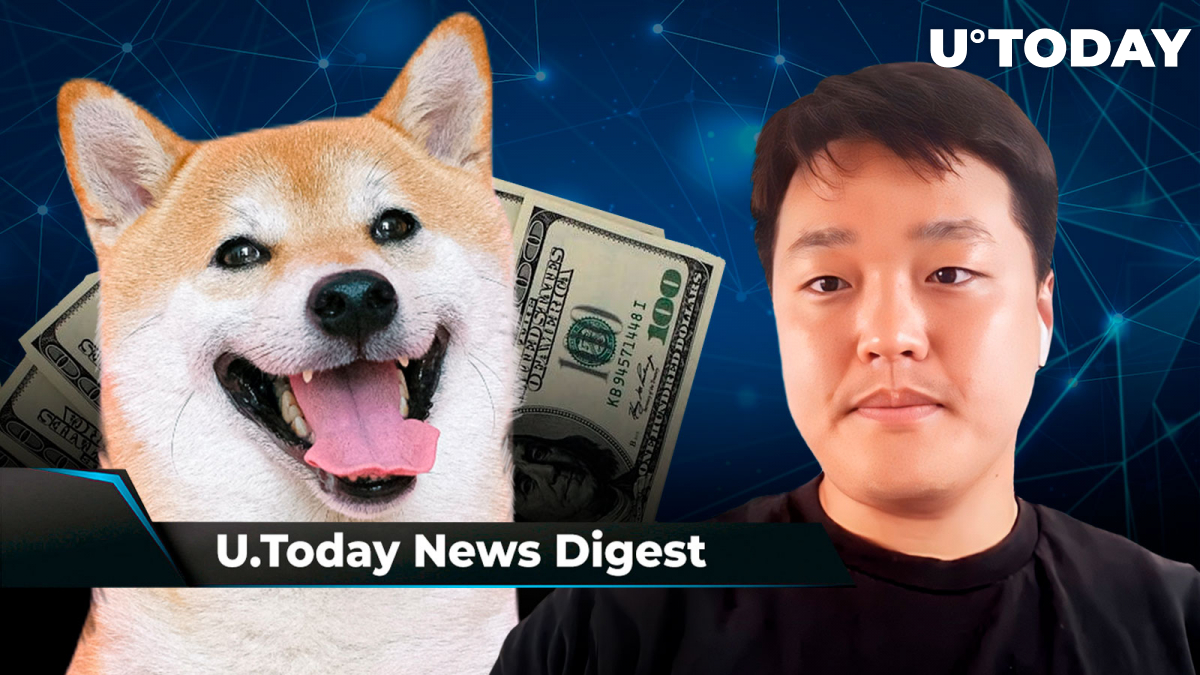 Shiba Inu returned to levels last seen in early October 2021 as it added an extra zero to its price tag. According to CoinMarketCap data, SHIB is currently trading at $0.000007. To resuscitate the token for an uptrend, buyers might have to push the price above the $0.0000146 barrier, or the price might return to its current consolidation range. Shiba Inu also faces buying pressure from whales as it is back in the top 10 most-purchased tokens among the 500 biggest ETH whales. This has caused the average Shiba Inu balance and the value held by whales to drop. At the moment, the top 500 ETH whales are holding $544,698,614 worth of SHIB.

FXStreet, citing anonymous SEC staffers, revealed that Terra’s Do Kwon moved $80 million worth of LUNA and UST to his wallets and cashed them out before these two coins crashed. The embattled project and its founder are currently being investigated by the U.S. SEC as they suspect Kwon of money laundering. The regulator found out that more than $80 million worth of LUNA (now LUNC) and UST were moved from the company's funds monthly and sent to various wallets, which seemingly belonged to Do Kown, to cover operational expenses. An unnamed high-ranked Terra employee states that Kwon did not receive any official payments from Terra. Now, Kwon is suspected of violating the Securities Act as the SEC reckons he could possibly buy U.S. securities using Terra’s crypto. If these suspicions are true, Do Kwon might face legal action in the U.S.

In a recent interview with Yahoo!Finance, Cardano founder Charles Hoskinson shared his views on bull and bear markets. He finds the latter “quite comfortable," while during bull markets one has to deal with “a lot of poaching, unrealistic wages, and unrealistic expectations." Hoskinson, who has now been through seven bear markets, also added that major advancements, such as smart contracts, typically appear during the toughest times. As previously covered by U.Today, Cardano is inching closer to launching the Vasil Hard Fork, which is expected to go live on June 29. ADA is currently changing hands at $0.4, losing 15.6% of its value over the past 24 hours.

Tesla CEO Elon Musk expressed support for the decentralized web on Dogecoin. The centibillionaire was tagged by Jack Dorsey under a post of a Dogecoin user, who suggested creating a “web69” if Dorsey and Bitcoin can create “web5,” a merging of web2 and web3. Musk, stating his views on the decentralized web on Dogecoin, or the "web69" concept, responded with a fire emoji. Dogecoin creator Billy Markus, also known as "Shibetoshi Nakamoto," also rushed to comment on the idea, tweeting that he wants to “hang out on web69." Former Twitter CEO Jack Dorsey and Tesla CEO Elon Musk have always been in the same boat when it comes to their dislike for web 3.0. Elon Musk, in fact, never misses an opportunity to bash web3 technology.