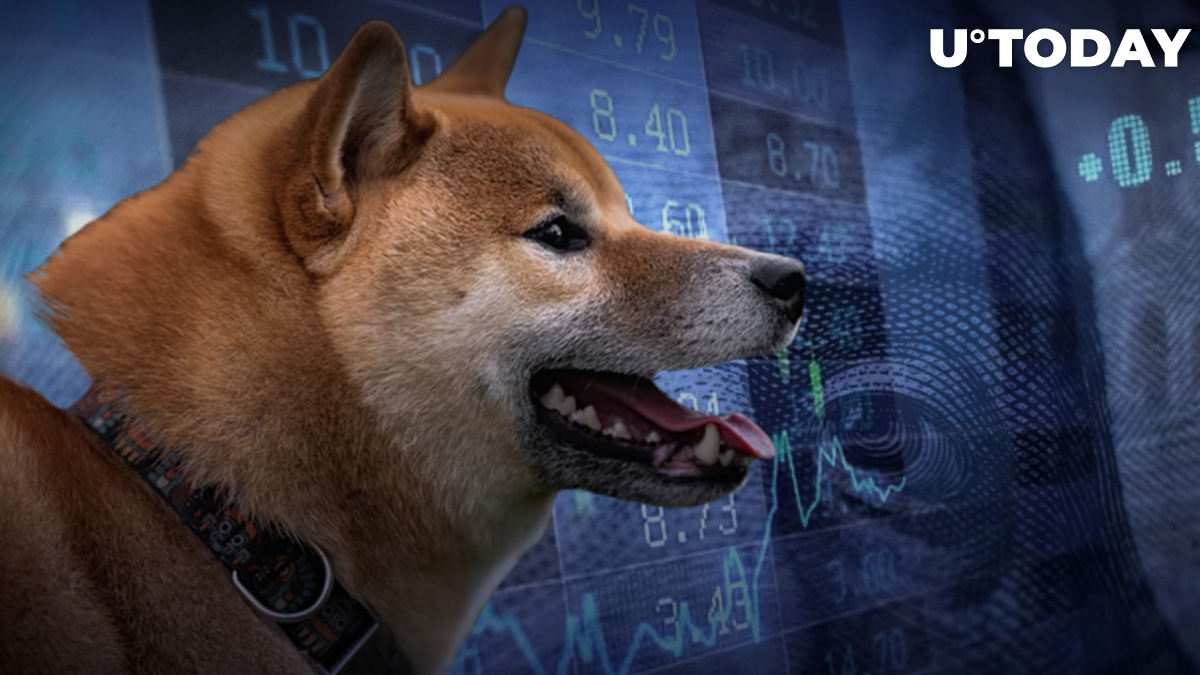 To resuscitate it for an uptrend, buyers might have to push the price above the barrier at $0.0000146, or the price might return to its current consolidation range.

JUST IN: $SHIB @Shibtoken is back on top 10 by trading volume among 500 biggest #ETH whales in the last 24hrs 🐳

According to WhaleStats, SHIB has returned to the top 10 assets by trading volume among the 500 biggest ETH whales in the last 24 hours.

Shiba Inu also faces buying pressure from whales, ranking among the top 10 most-purchased tokens among the 500 biggest ETH whales. At the time of publication, SHIB was trading down nearly 11% at $0.00000856, in line with recent crypto market declines. This has caused the average Shiba Inu balance and the value held by whales to drop. Presently, the top 500 ETH whales are "hodling" $544,698,614 worth of SHIB.

Amid widespread selling, Shiba Inu has fallen to the 17th spot in the cryptocurrency ranking by market capitalization, relinquishing the 16th spot it had previously held to Avalanche.

The power of the community is incredible. I want to show you what Argentina made possible today. @chulkinet in radio program in the city of "Buenos Aires" at the station: @UrbanaPlayFm talked about Shiba Inu. We appreciate the effort @ShibaInuArmyArg

As shared by Shiba Inu's lead developer, Shytoshi Kusama, SHIB was featured in a radio program on one of the top-rated FM channels, "Urbana Play 104.3 FM," based in Buenos Aires, Argentina.

Shytoshi Kusama also reshared Welly's tweet, stating that the last and public stage of the Welly NFTs has gone live, where the remaining NFTs are expected to be minted.

Shedding light on the purpose of the Welly NFTs, Shiba Inu's lead developer earlier stated that the NFTs were created to act as membership instruments that act as smart contracts for particular Welly locations. He says that was the sole reason for the low price of 0.12 ETH to begin with.