Satoshi Nakamoto Can Be Figured Out by Any Fool, Says IRS-Chased John McAfee

Yuri Molchan
Living on his boat in the Bahamas, hiding from the IRS, John McAfee joins a podcast and says that Satoshi Nakamoto is easy to figure out 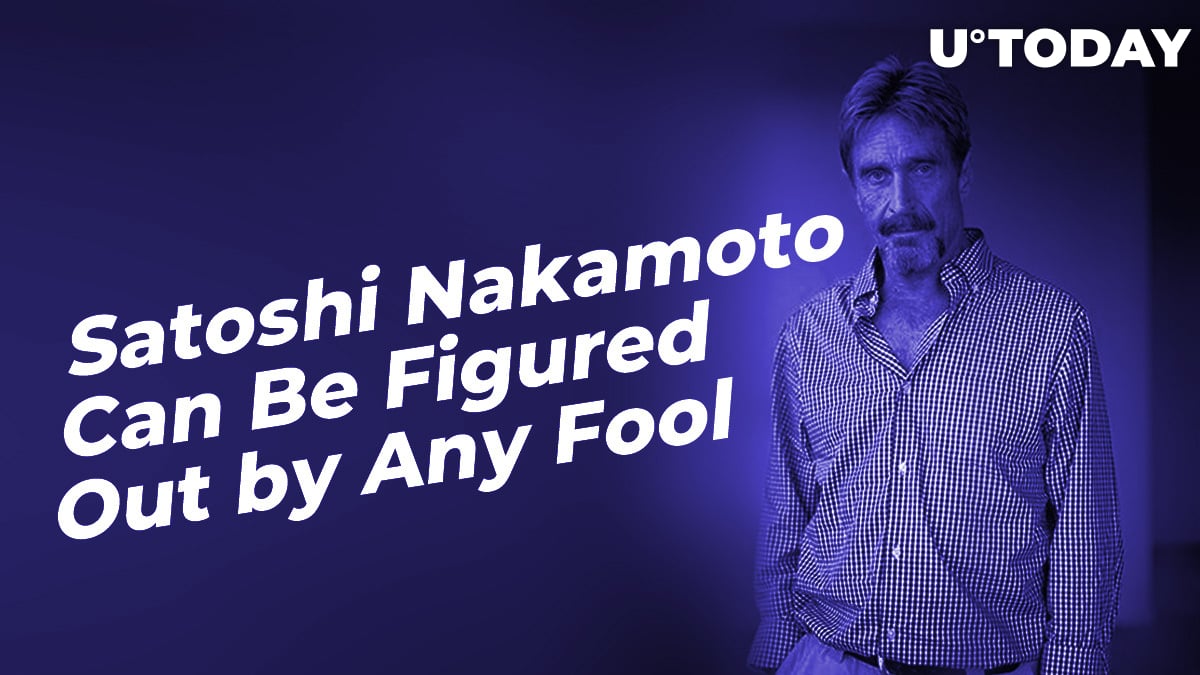 Craig Wright’s recent move of trying to get a copyright on the Bitcoin white paper and the BTC code made the community stir, getting them all to guess who the real Satoshi is, where he is and what he is up to.

Many crypto industry leaders have been heavily criticizing Craig Wright for what he has done – including John McAfee, the notorious personality of the crypto world.

McAfee finds time to speak to the public from his ‘exile’

Recently, McAfee had to flee from the US to the Bahamas, since local authorities had accused him of avoiding tax payments for several years and using crypto for that.

Last week, he even posted a message on Twitter that he would no longer personally write on this page but an employee would do it for him.

Developing events have made it necessary for John McAfee to go dark. Please be advised that this account will be operated by staff until further notice. More details will be released in time.

However, McAfee found time to join the podcast despite the fact that he had had several watermelon martinis, as he told the podcast host.

Who is Satoshi Nakamoto?

Answering the question as to why he cannot reveal the true identity of Satoshi Nakamoto, McAfee said that should he pronounce the real name of the person in public, he would be extradited immediately and then arrested by US authorities.

Besides, he said that Satoshi is one of the richest people in the world. If he has chosen to stay anonymous then he may not like McAfee disclosing him to the public and, in that case, he would sue McAfee.

I cannot tolerate any further legal activities pointed at me.”

McAfee said that Craig Wright is definitely not Satoshi.

As for Satoshi’s real identity, McAfee pointed out that this person or a group of people did not develop Bitcoin but merely wrote the white paper. So, as per the crypto baron, “any fool” can analyze this document and figure out the identity of Satoshi Nakamoto easily.