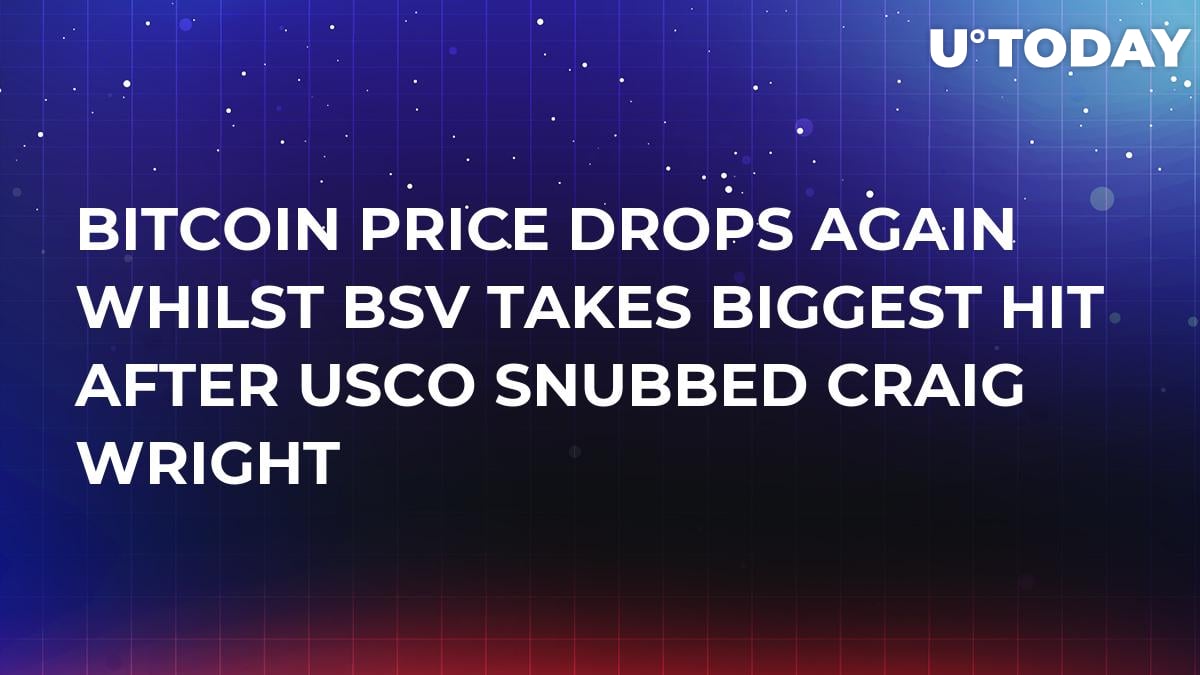 According to data provided by CoinMarketCap, the Bitcoin price dropped by more than 3 percent after failing to break above the $8,000 resistance level. Subsequently, it took a toll on the broader cryptocurrency market.

As expected, all altcoins appeared in the red after the Bitcoin dropped back to the $7,600 level. Cardano appears to be the biggest loser inside the top 10 with an 8.36 percent price decrease.

Matic and Fetch, the two Binance-backed coins, are among very few cryptocurrencies that are currently in the green MATIC, for instance, recorded a 15.17 percent price uptick, winning back its place inside the CMC top 100.

No endorsement for Craig Wright

Meanwhile, Craig Wright’s Bitcoin SV recorded a double-digit drop over the last 24 hours, ending up among the worst performing currencies inside the top 20.

As reported by U.Today, the self-proclaimed Satoshi recently copyrighted the Bitcoin white paper, which made the BSV price spike by a whopping 90 percent. However, the U.S. Copyright Office recently denied the fact that it acknowledged Wright as the creator of Bitcoin.