Valeria Blokhina
Take a closer look at what’s happening in the world of crypto with U.Today’s news digest 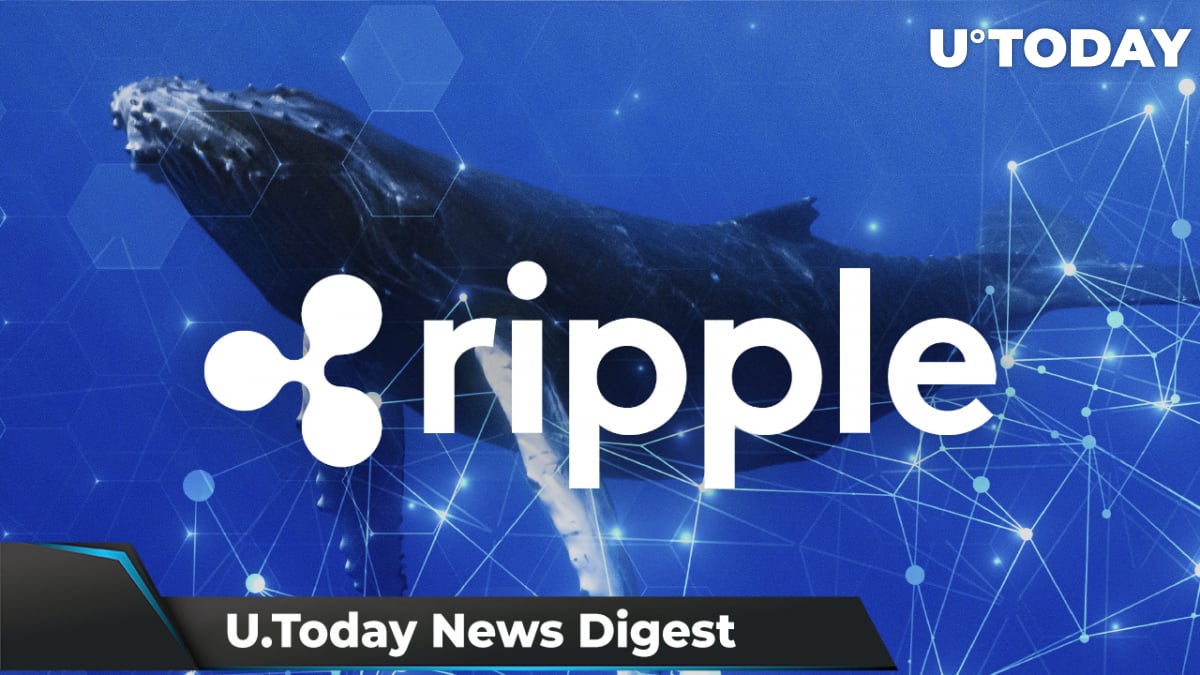 U.Today has prepared a summary of the top five stories over the past day:

On Monday, Magistrate Judge Sarah Netburn granted the SEC’s motion to oblige Ripple to produce audio and video-taped recordings of its internal meetings. The judge underscored that the company should turn over the recordings without delay. The parties will have to meet and confer to decide exactly which recordings are the most responsive to the plaintiff’s demands.

According to Etherscan data, an anonymous whale has purchased a whopping 20 trillion Shiba Inu tokens worth $1.13 billion U.S. It seemed to have a neutral impact on the Shiba Inu market (at the time of purchase the SHIB price was down 1.5%), but since the meme coin’s valuation is primarily driven by its community’s sentiment, this billion-dollar buy could be interpreted as a positive signal for those who are considering joining the Shiba Army.

Shortly after the much-hyped release of Dogecoin Core 1.14.5, which finalizes fee reduction for all users, Elon Musk weighed in on the upgrade, calling it “important.” During the second and final stage, the default fee rate of 0.01 DOGE per kilobyte has been set in the official Dogecoin wallet, and third-party wallet providers are likely to follow suit.

As reported by U.Today earlier, Elon Musk emphasized that the update would help to turn Dogecoin into a viable means of payment.

According to TradingView, DOGE token’s price surged 11% following the Dogecoin Core 1.14.5 update announcement, but then it quickly backtracked, losing approximately half of the day's profit. The other factors that caused the coin’s growth are believed to be the rally on the cryptocurrency market and Elon Musk’s update endorsement.

According to a post on Poloniex’s official Twitter account, its users can now trade Shiba Inu against USD Coin. In mid-April, Poloniex listed its first Shiba Inu pair with Tether, the flagship dollar-pegged cryptocurrency, becoming one of the first exchanges to do so. Shiba Inu is now available on such major exchanges as Binance, Coinbase, Bitfinex and OKEx.